Father's Day isn't far off, so it's time to start thinking about what books Dad might want. Here's what Text staff are taking off the stockroom shelves for their dads. (Fathers of Text staff, avert your eyes now to avoid ruining the surprise.)

I'll be giving my dad either The Snow Kimono, a matryoshka doll of a novel that is Mark Henshaw's first work of literary fiction in a quarter of a century, or Academy Street, Irish writer Mary Costello's long-form debut—her stories, which Text published last year, tap the same well as Alice Munro's. (That said, it's hard to go past the satirical twin pack of Nic Low's Arms Race and Wayne Macauley's Demons.)

My dad? He's a lumberjack, and he's ok. Well, he's not actually a lumberjack—a public servant, now retired. But he does like forests. So this year he's getting an excellent book from Text's backlist, King of the Wilderness by Christobel Mattingley. It's a biography of Deny King, an inspirational figure who eked out a life in Tasmania's remote south-west long before it was opened up to hikers. It's a book for people who enjoy stories of survival and living self-sufficiently. 'Thinking dads' will love it. (Happy Father's Day, Ray. xx)

I'll be giving my Dad a copy of Herman Koch's Summer House with Swimming Pool. It's a razor-sharp black comedy with the pace of a thriller. I will also be including an assurance that no comparisons between my Dad and the protagonist are being drawn.

I'll be getting my dad Warning: The Story of Cyclone Tracy, by Sophie Cunningham, because it is a remarkable book about a catastrophic event that impacted the lives of all Australians at the time—particularly those, like him, who lived in cyclone-prone territory. 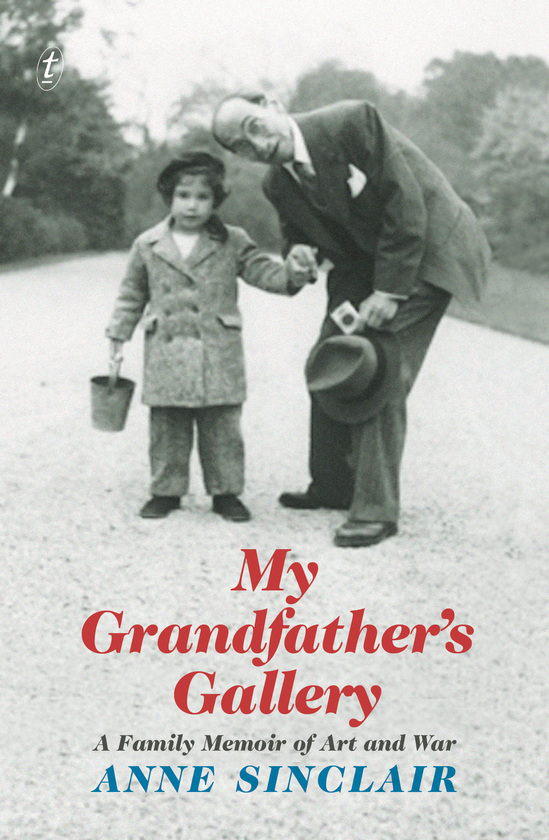 My Grandfather's Gallery by Anne Sinclair tells the story of Paul Rosenberg, one of the 20th century's most important art dealers, who fled Vichy France in 1940 and sought refuge in the United States. My dad was born in France nine years after Paul Rosenberg left and just four years after WWII came to an end, and will love reading about this turbulent time in France's history.

The last book I gave my dad was Capital by Rana Dasgupta. Being a current-affairs junkie, I thought he'd go for it. But a recent phone call revealed otherwise: a romantic comedy about a socially challenged genetics professor in search of the perfect wife had usurped Dasgupta's examination of twenty-first century Delhi. So for this Father's Day, I'm handing over the sequel to The Rosie Project by Graeme Simsion—The Rosie Effect!