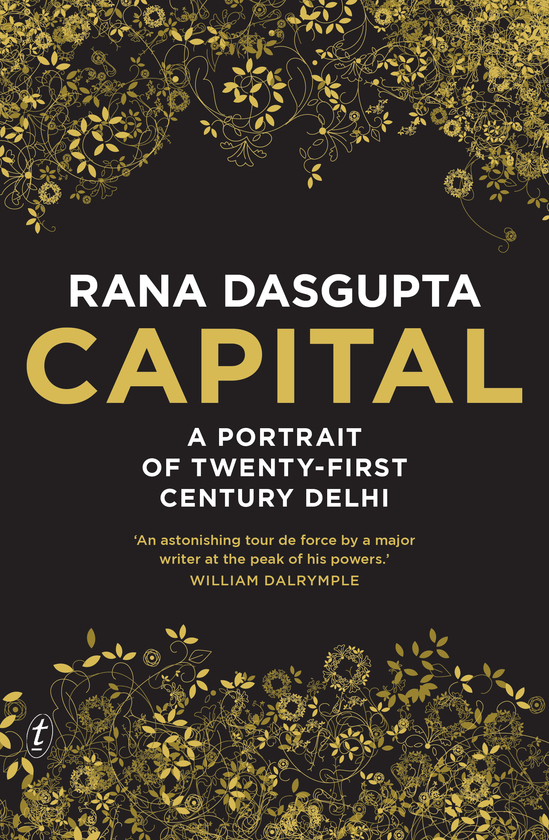 Capital tells the story of Delhi’s journey from walled city to world city. It is a story of extreme wealth and power, of land grabs and a cityscape changed almost beyond recognition. Everything that was slow, intimate and idiosyncratic has become fast, vast and generic; every aspect of life has been affected—for the poor, the middle classes and the super-rich.

Through a series of fascinating personal encounters Dasgupta takes us inside the intoxicating, sometimes terrifying transformation of India’s fastest-growing megacity, offering an astonishing ‘report from the global future’. 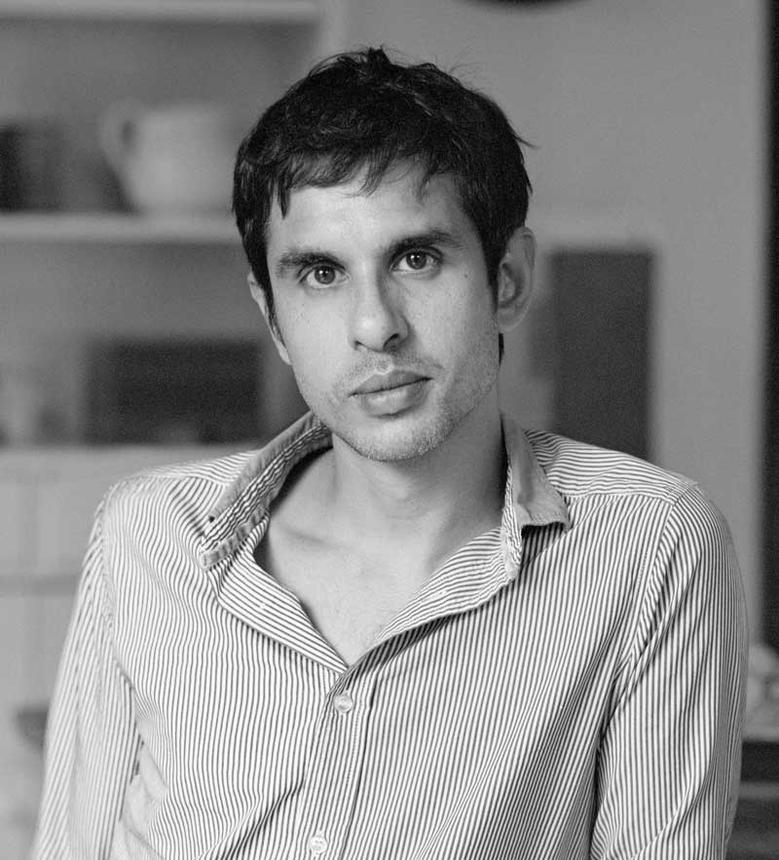 Rana Dasgupta won the 2010 Commonwealth Writers’ Prize for Best Book for his debut novel, Solo. He is also the author of the highly praised story collection Tokyo Cancelled. Capital is his first work of non-fiction. Born in England, he now lives in Delhi.

‘The most unexpected and original Indian writer of his generation.’

‘[Dasgupta has] a gift for sentences of lancing power and beauty.’

‘A beautifully written portrait of a corrupt, violent and traumatised city growing so fast it is almost unrecognisable to its own inhabitants. An astonishing tour de force by a major writer at the peak of his powers.’

‘The interviews at the core of the book are a cleverly tangential way to investigate a city that is among the world’s largest – about 22m people live in and around Delhi – and has been made a microcosm of India by the hundreds of thousands who arrive each year as migrants.’

‘[An] intense, lyrical, erudite and powerful book…Dasgupta has provided a welcome corrective to the reams of superficial travel writing describing the whimsical, the exotic, the booming or simply the poverty-stricken in India. His is a much more complex, darker story and it is no surprise that his book is peopled by the corrupt, the tragic and the terrified.’

‘Capital is a remarkable and exhaustive account of a primordial free-zone whose assets are being stripped by the wealthy…A city which once gave hope to millions after the violence of India’s partition in 1947 now only serves the rich.’

‘[Dasgupta’s] lyrical encounters with a wide range of modern Delhiites reveal a novelist’s ear and are beautifully sketched.’

‘Dasgupta’s combination of reportage, political critique and oral history is mordant rather than dyspeptic, sorrowful rather than castigatory. But what makes it more than a local study, what makes it so haunting, is that its textured, tart accounts of the privatisation of public space, of the incestuous relationship between the political and business classes, of the precarity that renders daily life so fraught all apply as much to Britain and the west as they do to the Indian capital.’

‘Startling…elegant and vivid writing. Negative and opinionated, he makes his case with clarity. Highly readable.’

‘A fascinating, frightening and evocative read.’

<p><i>This is not how people drive in other Indian cities. But Delhi is a place where people generally assume far more, say, than in Bangalore or Mumbai that the world is programmed to deny them everything, and that making a proper life will therefore require constant hustle and manipulation of the rules. Everyone, myself included, uses bribes and connections to get the things they need—a visa, a driving license, a quick resolution of a legal case, a place in a school, a place on a guest list—and if this city seems obsessed by status it is for good reason: power, wealth and networks deliver an immeasurably easier and better life. People who run schools and hospitals spend much of their time, not running schools and hospitals, but attending to the list of important people and their hangers-on who are haranguing them for preferential, queue-jumping treatment—which throws the systems of those places into a similar disarray as the one here on the roads. But no one wants to be just one of the anonymous mass for whom nothing ever happens. One might think that a place of such inequalities would breed democratic fantasies but it is not the case: Delhi’s fantasies are feudal. Even those who have rather little social power respect the privileges of those who have a lot—perhaps hoping that one day they will enjoy for themselves their same exemption from law and custom. Look at the advertising all around us, with its incoherent mash of consumerism and aristocracy: this mass-produced item will turn you into the person who never has to stop at the barriers that hold back everyone else.</i></p>