Elizabeth Harrower died on Tuesday 7 July 2020 at the great age of ninety-two.

Elizabeth thought it was lucky to have a long life. It was lucky for us, because it gave us the chance to find and read her books while she was alive. Less than ten years ago her published novels – there were just four of them – were out of print, and she was all but forgotten. Apart from a handful of writers (Joan London and Michelle de Kretser among them), several generations of Australians had grown up barely knowing she existed. 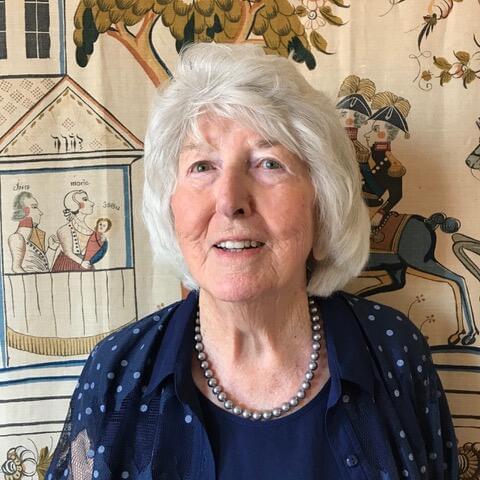 Like many writers of her period, especially women, Elizabeth had a fractured career, but it wasn’t war or children or marriage or work that got in the way. Her vanishing act was her own doing. Born in 1928, she went to London in the early fifties, wrote three novels (Down in the City, The Long Prospect, The Catherine Wheel) and, at the end of the decade, when she had just turned thirty, came back to Australia. This was a stellar beginning. Christina Stead proclaimed that The Long Prospect has no equal in our literature. What other extraordinary novels would she write?

The Watch Tower was published in 1966, and earned a rave review from H.G. Kippax in the Sydney Morning Herald who declared that its only competition for the novel of the year was Patrick White’s The Solid Mandala. The trouble was that there were no copies to buy – all the stock was still on the ship from London. Such was Australian publishing.

The Watch Tower sold poorly and was remaindered. Elizabeth worked hard on a subsequent novel, In Certain Circles. In July 1970 she sent it to her publisher Alan Maclean (younger brother of the spy Donald Maclean) at Macmillan in London but there was no response for several months, and then in September Elizabeth’s beloved mother died. She lost heart. In early October Maclean made a lukewarm offer of £250. Rather than accept, Elizabeth decided to edit the manuscript herself and resubmit it. She did this, brilliantly, but Maclean remained mealy-mouthed. (‘I cannot say that I think the novel is successful…we have a moral and an actual commitment to publish…although we would do so with a less than desirable degree of confidence.’) He rubbed salt in by sending her his reader’s report (‘it is the author’s method to analyse personal relationships by causing her characters to talk about them all the time…it may be that the author’s mode of perception is simply too feminine to connect with my hairy old mind…I find the book at once empty and stifling.’)

Elizabeth’s response was absolute. ‘I have felt all along that this novel shouldn’t see the light of day. Other people around me will moan, and I’ll have to reconcile them to it.’ She went further, and decided to abandon writing fiction altogether. Decades later this decision remained a pivotal mystery in her life. ‘I was self-destructive, no question,’ she said. The wound became a scar. Writing was something that she used to do. She bundled up the manuscript of In Certain Circles and sent it off to the National Library of Australia to gather dust.

And so her novels languished. In late 2011, planning the launch of the Text Classics, we wrote to Elizabeth to ask her permission to republish The Watch Tower in the series. Elizabeth was very pleased: ‘I had thought I might have to expire before republication, but have to say did think the books would probably appear then. This would be better!’

A month later Penny Hueston and I went to Sydney to meet her. Elizabeth caught the bus in to town, and we had afternoon tea at the old Menzies. We talked for hours, the beginning of our friendship and of a joyous publishing experience. 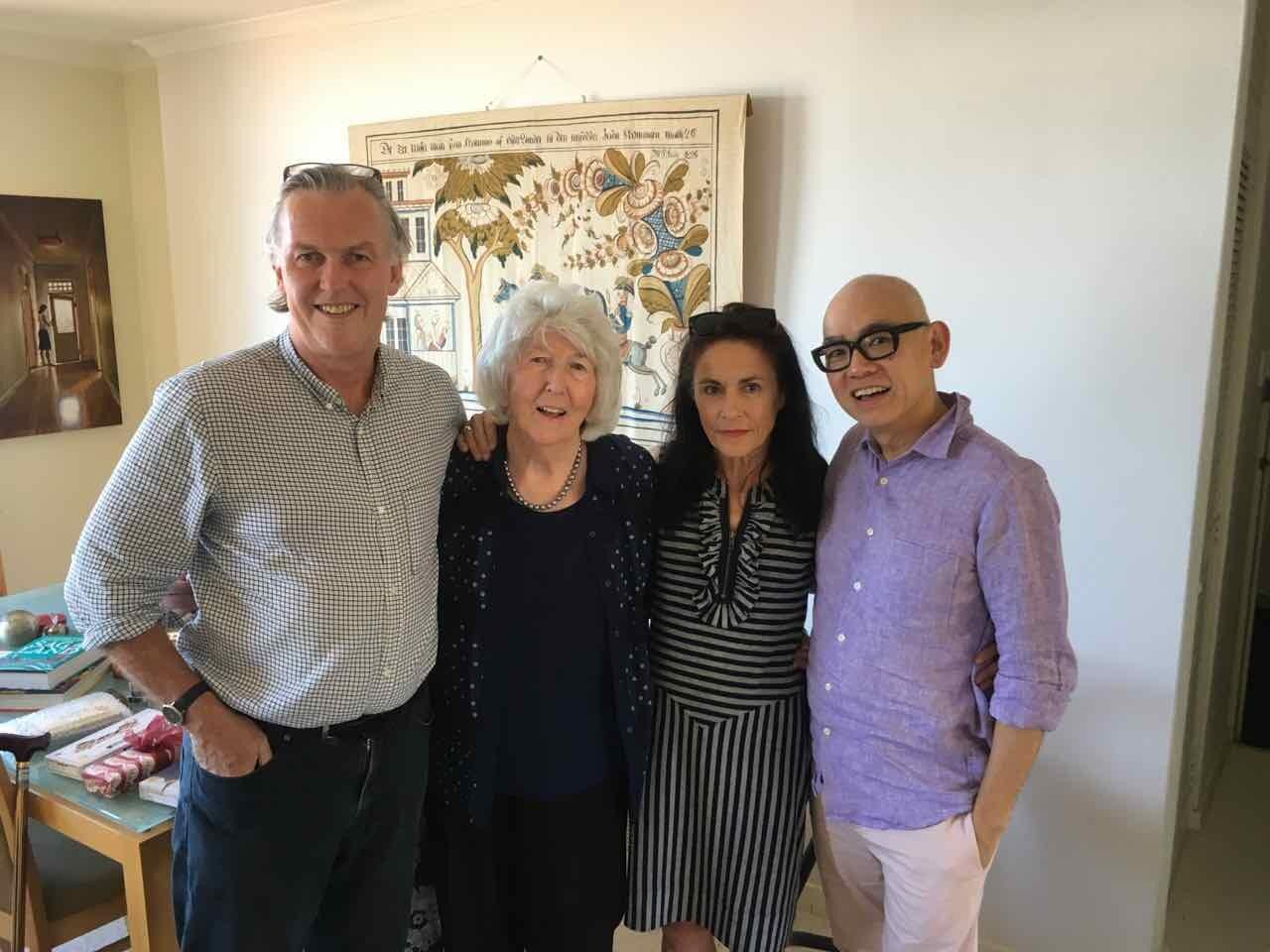 By 2014 we had put her other novels back into print, and were starting to make plans for her stories which we later published under the title A Few Days in the Country. But what about In Certain Circles? It was the missing piece in the jigsaw. I pestered Elizabeth about it. ‘It’s not worth reading,’ she would tell me. ‘I don’t want to waste your time.’ I gave up asking until, on the phone one day, out of nowhere, Elizabeth became haughty: ‘Why haven’t you read my novel yet?’ 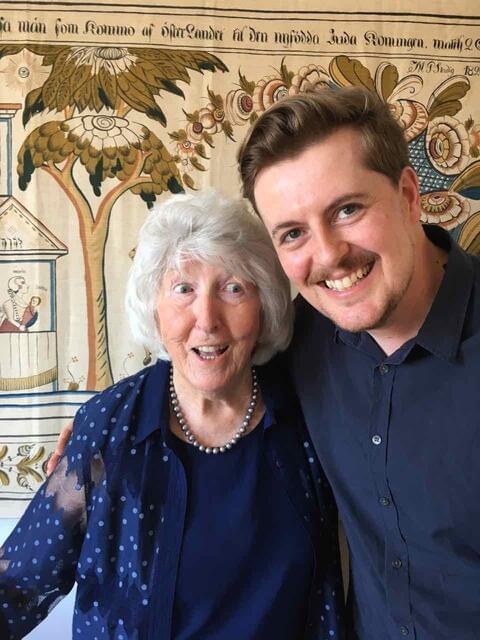 I asked her later why she changed her mind. ‘I knew you would publish that book the minute I was dead,’ she said. ‘I thought I should be here to see what would happen.’

We published In Certain Circles in 2014. Elizabeth got the critical response that half a century earlier might have changed everything. ‘The book belongs with her best work, with The Watch Tower and The Long Prospect,’ said James Wood in the New Yorker. ‘A lyricism reminiscent of F. Scott Fitzgerald at his desperate best,’ said the Times Literary Supplement. ‘Harrower's fearsome objectivity and her bristling, beautiful prose come from modernist masters like Katherine Mansfield and Elizabeth Bowen,’ said the Wall Street Journal.

There is an alternative reality in which In Certain Circles is one of Elizabeth’s mid-career novels, a departure point for her late work. But it’s pointless fantasising about what she might have written. She knew this, too. She had no illusions. She had done something remarkable and abandoned it. Knowing now that people were reading her books gave her huge pleasure. ‘Nothing can equal the good things that have happened already,’ she told me when In Certain Circles was long-listed for the Miles Franklin Award.

And now her life is over. What will become of her books? If she is the writer we almost didn’t have perhaps she will become the writer we can’t do without. Her canvas might be much smaller than those of Christina Stead or Patrick White but she is no less indelible. And she is a very different kind of writer. Her scale is domestic, and her landscapes are interiors except when the light and colours and scents of Sydney saturate her work. She is a superb technician whose sentences are tensile and muscular, full of promise or threat, thought and feeling, a blend of compassion and analysis. Every clause is a step closer to clarity. ‘Yet really, apart from the sensation of irretrievable loss, there was nothing wrong at all.’ Her observations of her characters and their reflections about each other are restless, probing, acute. She sees the world through their eyes, no matter whether they are monsters or angels. She always noticed everything. Her friendship was a gift. She embraced so many people at Text, especially her designer Chong Weng Ho, her editor David Winter and her publicist Jane Novak. So many of her old friends were dead, she said, and now she had us, her new friends.

A long life meant you had been a part of history, passionate about things. ‘We’ve arrived here, on a great holiday,’ she told the journalist Gay Alcorn, ‘there are beautiful places and we have a long, complicated holiday. And, like any holiday, it comes to an end. You know you'll have to go home.’