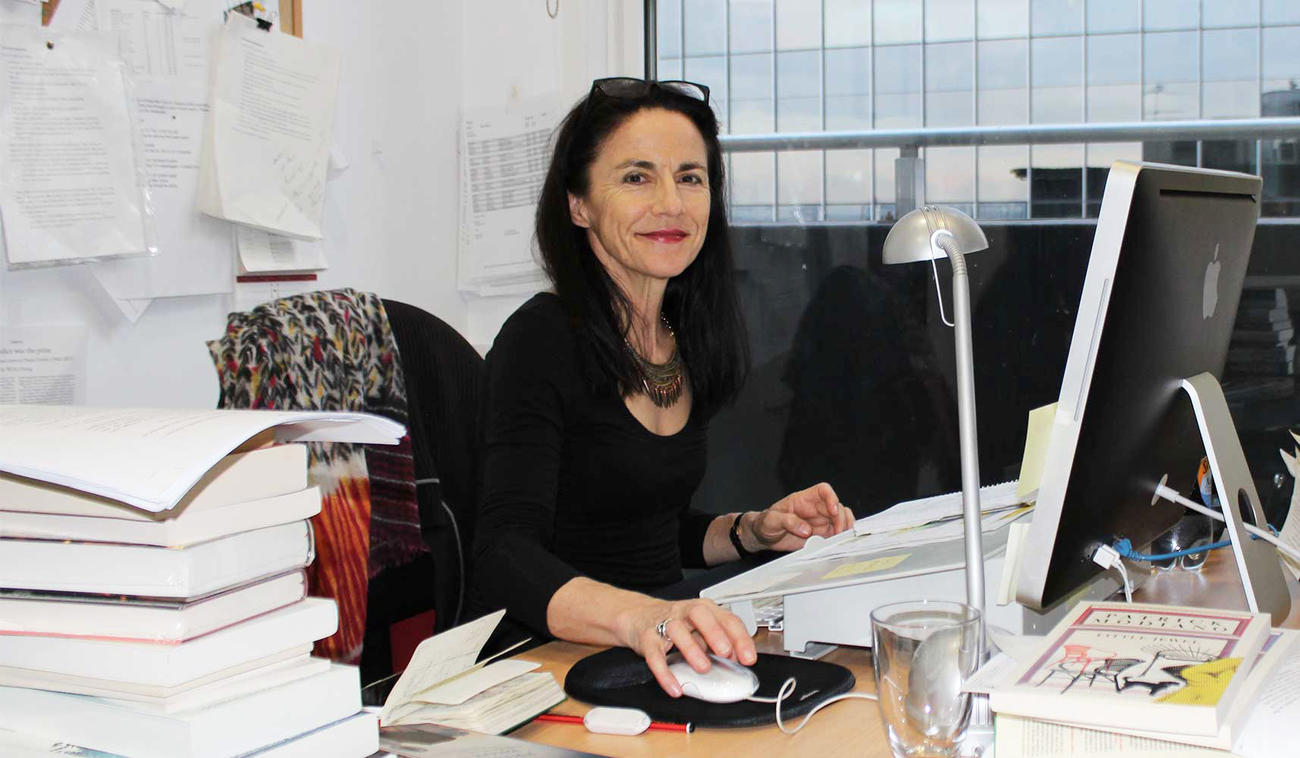 We are about to publish our fourth Nobel Prize winner at Text, after Patrick White, J. M. Coetzee and Knut Hamsun, but you may not know much about him, perhaps because few of his twenty-five novels have been translated. On 29 July we are publishing Paris Nocturne (Accident Nocturne) and Little Jewel (La Petite Bijou) by the French writer Patrick Modiano. 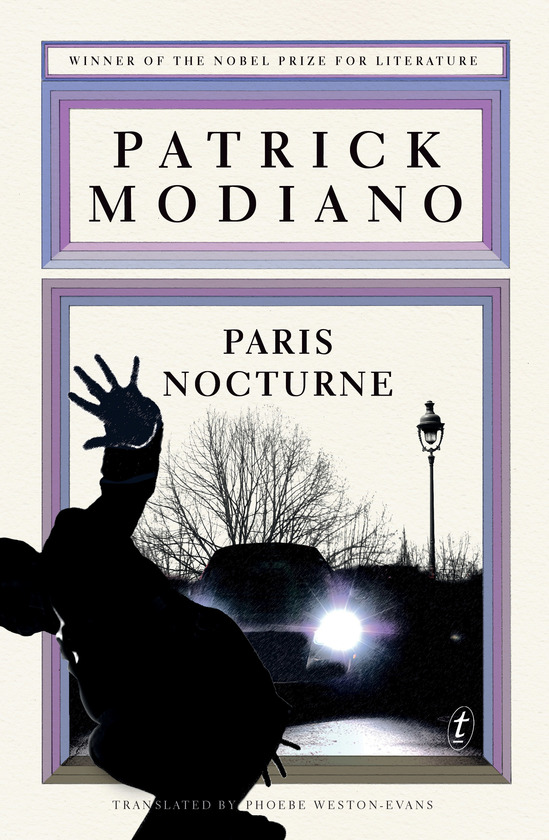 Paris Nocturne, translated by Phoebe Weston-Evans, begins with a car accident in Paris. It is like a mystery novel in which we are searching for the crime itself, as Modiano explores the elusive nature of memory. Many of his novels are obsessed by how we remember. Little Jewel, which I translated, is the story of a young woman in quest not so much of her mother as memories of her mother, and clues to her mother’s past.

Translating Little Jewel was a real pleasure. Not simply because of my own memories (I met Modiano and studied his novels when I was living in Paris in my twenties), but because the tone and rhythms of his own nostalgia are a challenge to capture, as is his pitch-perfect, deceptively simple style, often described as la petite musique.

Born in 1945, on the outskirts of Paris, Modiano is an intensely shy and private man, but it is no secret that almost all of his novels (as well as his film script for Louis Malle’s Lacombe Lucien) are concerned with the underworld characters of the Occupation and the behaviour of these individuals after the war. Modiano has characterised his novels as ‘a kind of autobiography, but one that is dreamed up or imaginary’. His father was Jewish and worked in the black market during the Occupation; his mother, an actress, often away while her son was a child, is also known to have moved in this crooked world. So many of Modiano’s novels explore life from the point of view of a child who is lost, betrayed and searching in vain for clues to a past he feels will reveal truths, but which is forever out of his reach. Almost all of his novels are set in Paris and the city’s biography, traced by Modiano, makes for another of the pleasures of reading and translating this writer.

Little Jewel is distinctive because, apart from his preceding novel (Dora Bruder, based on the story of a real Jewish girl who was deported to Auschwitz from Drancy, the Paris internment camp set up by the Occupation government to assist the Nazis), this is Modiano’s only novel written from the female point of view. It is a moving story of a young woman, abandoned as a child, who, from the sidelines of life, bewildered and often panic-stricken, is searching for connection, both in her past and in her lonely life in the present (1967 in Paris).

From a technical point of view, one of the problems I had to think my way through as I translated Little Jewel was how to deal with the way Modiano effortlessly changes tenses. His world is the past—from the perspective of the narrator and also, occasionally, of the author. For the most part, I am not a translator who thinks it is okay to take ‘creative’ liberties with the original. Sure, it may be necessary to make certain elisions and ‘silent’ alterations in the interest of meaning and euphony in English, but not at the cost of a dramatic change to the original. While it might have been easier to smoothe over Modiano’s tenses in English, this would have betrayed an effect of temporal dislocation by an author who creates a world where memories, real or invented, are more real than anything else. Moving between these different realms of the past is precisely what creates the genius of the Modiano style of flou, haziness, fragmentation, uncertainty. There are a few places in Little Jewel where I worried about the reader’s potential perceptions of these shifts in tense, but I chose to adhere to the original French and let the reader be brought up short, wondering whether the narrator is the author, and whether we are in the past or the present, a present that is taken up in the workings of memory itself. English doesn’t always conjugate into the same subtleties of the past as the habitual or unfinished imparfait, imperfect, allows, in contrast to the more factual, finished passé composé, the past perfect (in which memories are set, fixed forever). And the pluperfect is used more in French; and let’s not even mention the past historic, common in French but almost non-existent in English. And then there’s the subjunctive, one of the many things I love about French but which is not always directly translatable.

I hope I have succeeded in capturing Modiano’s haunting, sometimes hallucinatory tone of despair and disorientation. Modiano captures this tone through shades of light, and photographs also a play a big role in the narrator’s attempts to uncover secrets. I kept the texture of old photographs by Brassai and Doisneau in mind while translating. Modiano’s writing is about sadness, about the recognition of his own inability to relinquish a quest for truths about the past—a troubled past that will never fade, but which he will never completely grasp and in which he will always be somehow trapped.

I hope readers enjoy discovering the world of Patrick Modiano in Paris Nocturne and Little Jewel.

To find out more about Patrick Modiano read his delightful Nobel Lecture, in which he talks about the ‘strange and solitary activity’ of writing as ‘a little like driving a car at night, in winter, on ice, with zero visibility. You have no choice, you cannot go into reverse, you must keep going forward while telling yourself that all will be well when the road becomes more stable and the fog lifts.’ Read the full lecture here.

For futher reading, the French edition of Local has a list of ‘ten things to know about Patrick Modiano’ and the Guardian and Telegraph have both done profiles. Extracts are available for Little Jewel here and for Paris Nocturne at Asymptote here.

Little Jewel and Paris Nocturne are available online and in bookshops on 29 July.