Your basket is empty
Shopping Basket
Review and Check Outright
Read an Extract from Mette Jakobsen’s New Novel, What the Light Hides
Posted on 10 March 2016 under
Tweet thisShare on Facebook 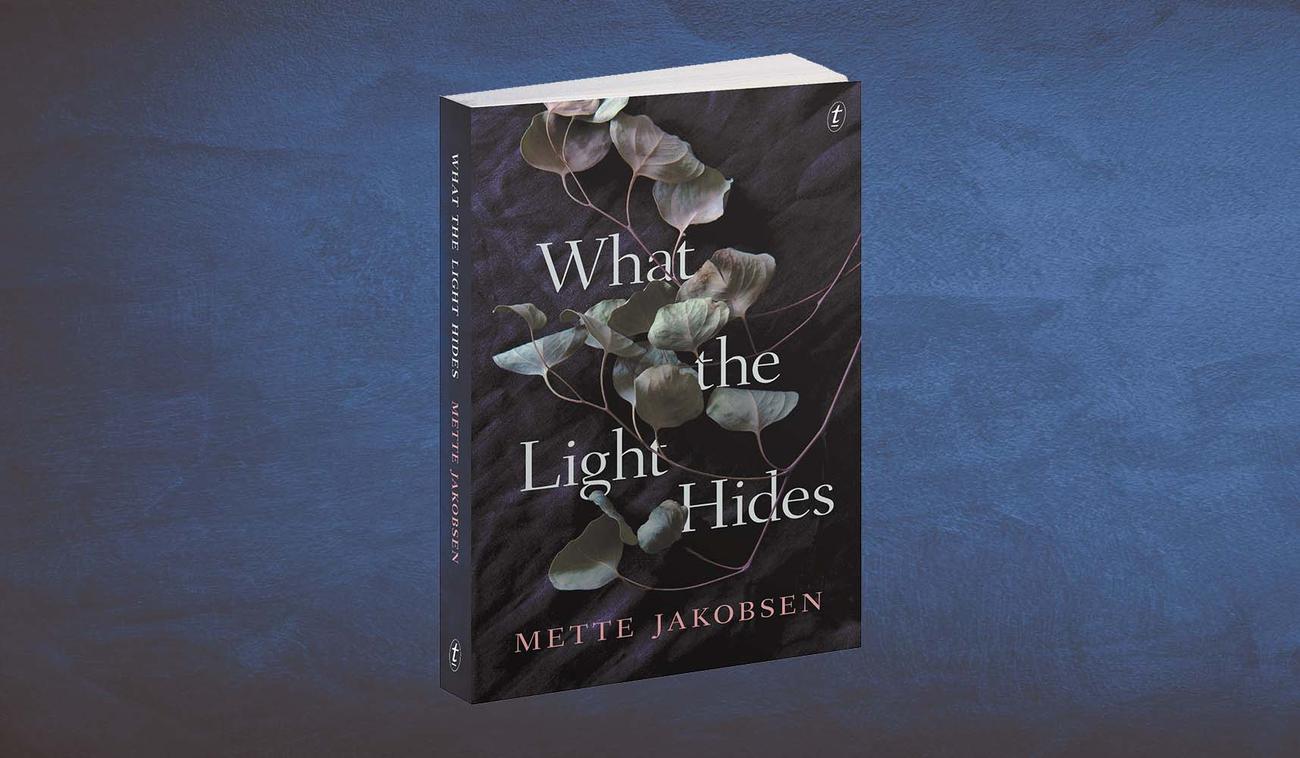 Mette Jakobsen’s spellbinding debut novel, The Vanishing Act, was shortlisted for the 2012 Commonwealth Book Prize and received extraordinary praise. She returns this month with a new novel, What the Light Hides, a sensitive and beautifully rendered portrait of a marriage and the terrible grief of losing a child. Read an extract below.

I take the plane to a piece of rosewood, and then spray it with water in order to see the grain more clearly. It stands out like a drawing. It looks like a man staring out to sea. Turned on its side it could be an aeroplane zooming into a storm. It’s too beautiful, too distinct, and even though I am not sure what I want to make yet I am suddenly certain that neither the oak nor the rosewood is right for the project.

I use all my strength to lift the log of spotted gum onto the bench and then I make a diagonal cut. The log opens up. The heartwood is a dark chocolate with a distinctive thin grain and the sapwood very pale. It’s almost the same colour as the small ironbark chest I made for Vera not long after we met. I gave it to her knowing that the gift had weight to it; a weight that went beyond what had been said between us thus far. I felt nervous watching her unwrap it on my workbench, but when the wrapping paper fell to the floor she looked at me and said, ‘David, this is beautiful. I couldn’t have imagined anything like it, but now I don’t want to ever be without it.’

I had felt moved and relieved at the same time, and we had ended up making love on the dirty concrete floor. I had to pick splinters out of my hands afterwards.

And now the decision seems easy. I’ve always wanted to make a larger chest for Ben, but never got around to it.

I take off my jumper and begin by cutting the log into twelve pieces of timber, enough for a good-sized chest.

I measure and then cut each piece to size before I begin planing. The hours pass and the heat from my labour fogs up the windows. I think about Ben. Random memories come and go, but there are moments of stillness too and that has been rare lately.

When night approaches and the skylights turn dark I leave the workshop and bring a sandwich upstairs with me. Eating at the desk I realise that I can see right down to Sydney Park and the airport beyond it.

Normally I would call Vera about now and tell her about the place. I would start by describing the four dark chimneys at Sydney Park—leftover relics from the brickworks factory that once operated there. Then I would paint her a picture of the airport and its runways and towers glittering in gold and red; a feast of light. Vera likes light.

One night during the first year in Mount Wilson I went to see her in the studio. It was the beginning of autumn; the weather had turned cool with crisp nights and spectacular sunsets. I had just finished a table in bloodwood with a walnut inlay. Vera had touched the inlay earlier, tracing it with her fingertips.

I cooked for us that night and it was almost dark by the time I walked across the lawn carrying our dinner. I had made pan-fried fish, salsa and charcoaled capsicums with tender red flesh. I looked through the glass door before walking in. Vera was on the floor, bent over a large acrylic wing in bright yellow. Her hair was up in a ponytail; four months pregnant, she was still slight.

She was working on an installation. Twelve huge acrylic birds in strong colours, lying on their backs, wings stretched out. Each bird had a unique expression. It was unclear whether they were dead or alive. To this day it’s still my favourite work of Vera’s.

She looked up as I walked in. ‘Darling.’

I arranged the plates on the step outside her studio and sat down. Venus had appeared in the sky, always the forerunner. The bush smelled of gum and soil and ferns and I was happy. We had lived in Mount Wilson for just under a year. There had been no adjustment period; we moved in and started work straight away, and soon after Vera discovered that she was pregnant. We hadn’t planned it. I don’t think we had ever talked about having a child, but Vera was happy and so was I.

I handed her a plate as she sat down next to me. Then I untied her hair and put my hand through it.

‘Tell me again why you’re so good at cooking?’ She leaned against me.

Night was hanging in the bushes, caught by the trees.

And right then a wallaby with a joey in its pouch crashed through the bush into our garden. We sat very still, watching it feed on the grass. But when Vera adjusted the plate on her lap the wallaby disappeared back into the bush.

Above us the sky was turning teal and stars were appearing quickly.

‘The Southern Cross is so bright,’ I said.

She reached for my hand. ‘One day soon our boy will be sitting here with us.’

‘I think it’s a boy.’ Then she took a deep breath, inhaling the scents of the night. ‘I want him to see this light,’ she said. ‘To see the beauty and the majesty in it all.’

‘To be able to use his hands.’

I leaned in and smelled her hair.

‘I want him to know right from wrong,’ she said. ‘And I want him to be as good a cook as you are.’ She kissed me on the cheek.

Vera turned serious. ‘I want him to be safe,’ she added.

I looked at her, then back up at the stars. We were fairy godmothers sprinkling our wishes over our unborn child.

I stare out into the Sydney night. There are no stars visible, only heavy-bellied planes that lift, one after the other, out of the glimmering cityscape.

I leave the window, switch on the light and unpack my travel bag on the bed. Shirts go in the cupboard, everything else in drawers. I hang up my one and only suit, which is well on its way to being out of fashion. I hardly ever wear it. The last time was at Vera’s exhibition—the last time I saw Ben.

My mother was there too, in a red cheongsam and with her hair up, striking as always. It was her birthday and she spent most of the night charming everyone around her.

There was one moment when Ben and I were left on our own. We stood next to each other in awkward silence, holding a glass of champagne each. He wore his ‘Anarchy Rules’ T-shirt and was his usual distant self. I asked him what he thought of the exhibition and he said, ‘It’s cool.’ I asked him how school was going and he said, ‘Fine.’ The only consolation was that surprisingly he treated Neil with the same disdain.

Neil had arrived late, with red-wine breath and a dramatic account of his drive to the gallery. He was wearing a denim shirt a bit too small for him, looking like a fading rock star. The shirt gaped as he spread his arms wide to demonstrate the size of the wombat that had decided to enter the Sydney Harbour tunnel and consequently stalled the traffic for more than an hour. ‘It just strolled down between the cars and I rolled down my window and said, “How are you, mate?” And it did this little head shake, you know? From one cool dude to another.’ Neil had roared with laughter and then started coughing. The account made me chuckle, but Ben had looked sullen and paid no attention.

My mother circulated over to us and hugged Ben. ‘My darling,’ she said, ‘you made it.’

She gave Neil and me a kiss on the cheek. ‘I must confess,’ she said, accepting a glass of champagne, ‘when I see all these wonderful people I regret not being more adventurous.’

‘What do you mean?’ I asked, thinking she was plenty adventurous. Probably more so than any of us.

‘Look at them,’ she said. ‘Colourful, that’s what they are. They are open to the grandeur of life, to the wide open spaces.’

Neil nodded seriously as if she had just said something incredibly deep.

‘And talking about open spaces,’ she said, ‘I have forgotten to tell you all that I’ve accepted a teaching position in Arizona. I’m leaving in three weeks.’

‘Isn’t it, darling? You need to come and visit, I’ll be there for half a year.’

‘Ben is just about to start his last semester, he probably won’t have time,’ I said, and not being able to stop myself I added, ‘We are all very proud of him.’

‘There should always be time for some globetrotting,’ said my mother, as she put an arm around Ben. ‘Maybe we could go out into the desert together. We could sit there for a while, with a few sticks.’

She laughed. ‘You know, dry twigs, a circle of stones, like these lovely people here would do. We could even join other like-minded people with twigs and stones of their own.’

‘You mean you want to be a hippie,’ I said, feeling myself once again charmed by her.

‘It wouldn’t work,’ I said. ‘You would read them the riot act before any twigs and stones were involved.’

‘Why?’ She looked at me curiously.

Like an experienced soldier I stopped myself. I knew this scenario. I had said something that intrigued her, but ultimately she would be disappointed with my answer. I always fell short. She would up the ante without even knowing it and I would get caught up in an old desire to please her.

Ben was getting ready to go. He put his bag over his shoulder and said, ‘Grandma, forget about it. You are a grand dame, not a hippie.’ Then he hugged her and said, ‘Don’t forget I’m coming over tomorrow.’

She answered, ‘Birthday tea with my grandson, how could I forget?’ 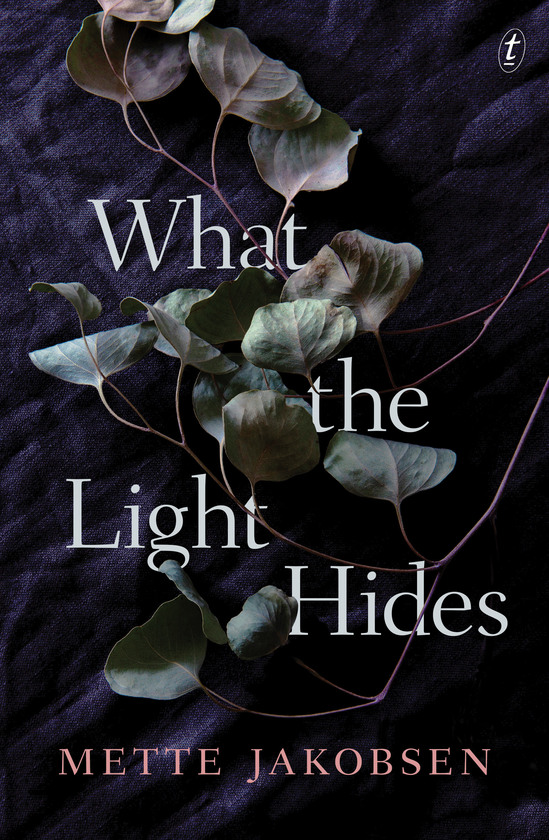 What the Light Hides

Order What the Light Hides at your favourite bookshop or online.