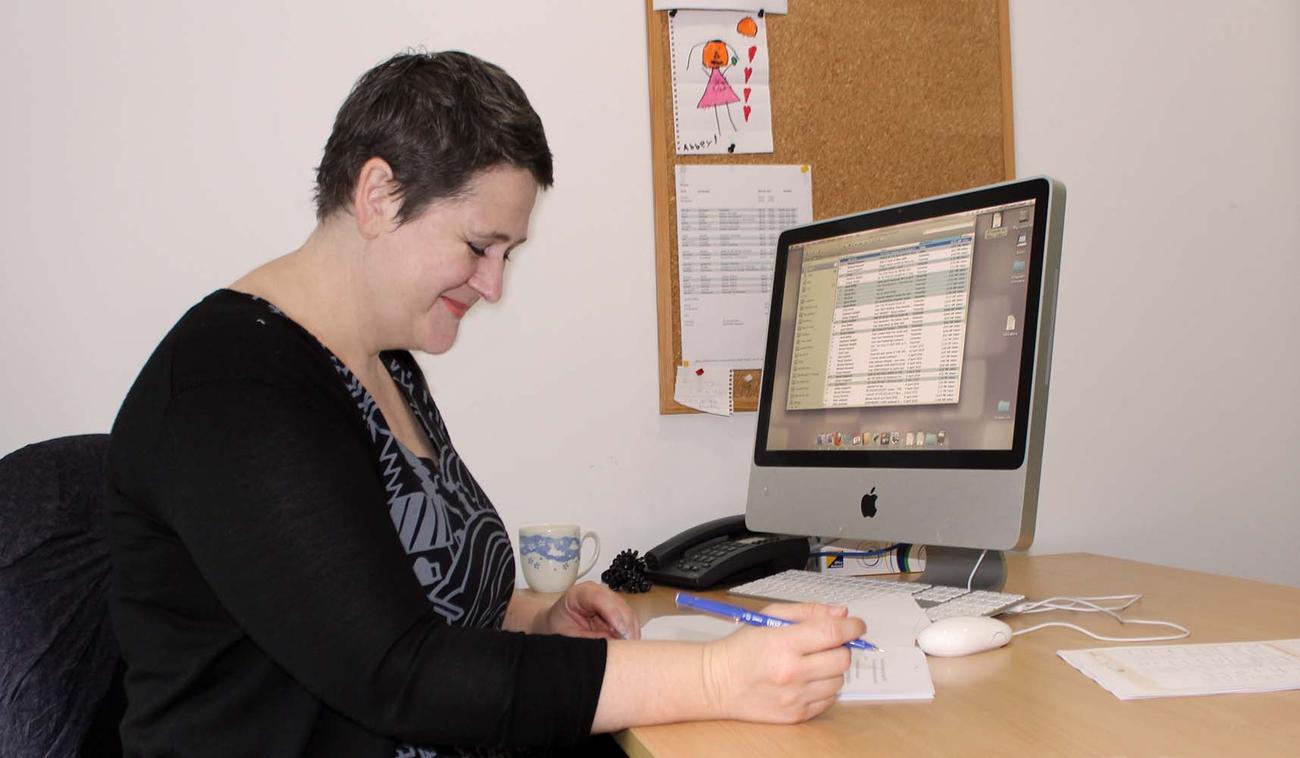 Today in our new meet-the-team blog series, we want to introduce you to Senior Editor Elizabeth Cowell. Elizabeth joined Text in February 2016. Here she discusses textual lumps and bumps and all things editorial.

How did you start reading?

My mother’s philosophy was that you should let children read whatever they enjoy, no matter how rubbishy, because what’s important is acquiring the habit of reading for pleasure—so I was on a solid diet of Enid Blyton and Judy Blume for a while there, but I also read a lot of Australian children’s fiction published in the sixties and seventies and eighties—books by writers like Eleanor Spence and Hesba Brinsmead and Patricia Wrightson. Those books have such a distinctively Australian voice—and they don’t sound like anything written before or since. That was an incredible time for children’s fiction in this country. I would read just about anything, though. If we were sitting in the car waiting for Mum and I didn’t have a book with me, I’d read the street directory.

‘let children read whatever they enjoy, no matter how rubbishy, because what’s important is acquiring the habit of reading for pleasure’

How did you get into publishing?

The path I took into publishing is a fairly common one these days. I did a very sprawling, messy arts degree that left me more or less unemployable—though nothing you learn ever goes to waste when you become an editor. When I graduated I was already working part-time as a bookseller and I just carried on in the bookshop and started applying for entry-level positions at publishing companies. Eventually I realised no one in their right mind would hire me as an office manager, so I gave up and did the graduate diploma at RMIT, thinking that might be the magic key, and it was—for me, anyway. I got my first job as a trainee editor about three weeks in.

What attracted you to Text?

I’ve always admired Text’s list, but I’ve wanted to work here ever since I heard Michael Heyward speak at Varuna back in 2008 about Text’s approach to publishing, which is editorially driven—I remember he mentioned a recent book that had gone through seven editorial passes before being sent to print, a number that seemed giddyingly high and demonstrated a devotion to authors and their work I hadn’t seen elsewhere. I’ve only been here a little over a month, but that’s long enough to know that what Michael said was true—at Text, the decision to acquire a book is based on the quality of the writing, and everyone in the company reads with an editorial eye, no matter what their role or their professional background.

What do you love about your work?

It’s a huge privilege to work on a writer’s manuscript and help them find its final shape. There is sometimes a moment, when you’ve talked over a problem or a question or some kind of textual lump or bump with an author again and again, and discussed different ways they might work around it, when suddenly there’s an almost audible click—I know that sounds trite, but it’s true—and suddenly they discover the answer that was there all along, waiting. This solution is invariably a thousand times more elegant and more satisfyingly right than anything you could have suggested, as an editor—but you’re there as a witness to that moment, and it is always exciting.

Tell us about the one that got away.

I always thought I’d like to work with Vanessa Berry one day—she’s the Sydney zine writer who did Psychobabble and Laughter and the Sound of Teacups back in the nineties. Giramondo beat me to it.

Where is your favourite place to read?

At the moment, it’s on a plane—no phone, no email, no texts.

Which Text book would you most like readers to (re)discover?

I’m still (re)discovering Text’s backlist for myself—one of the best parts of my first week here was being given a tour of the office and looking at the stockroom and thinking that I could catch up on a whole stack of books I’d been wanting to read for ages and hadn’t yet managed to. I’m not quite sure how I’ve never read Stasiland, but I haven’t, so I’m going to. I also pinched a copy of The Women in Black by Madeleine St John from the Text Classics shelf on my way home the other night.

What advice would you give to someone wanting to work in publishing?

This is the same advice Michael gave a few weeks back when he was interviewed for the blog, but it’s good advice, and I can’t improve on it: read. Read as much as you can and as widely as you can.