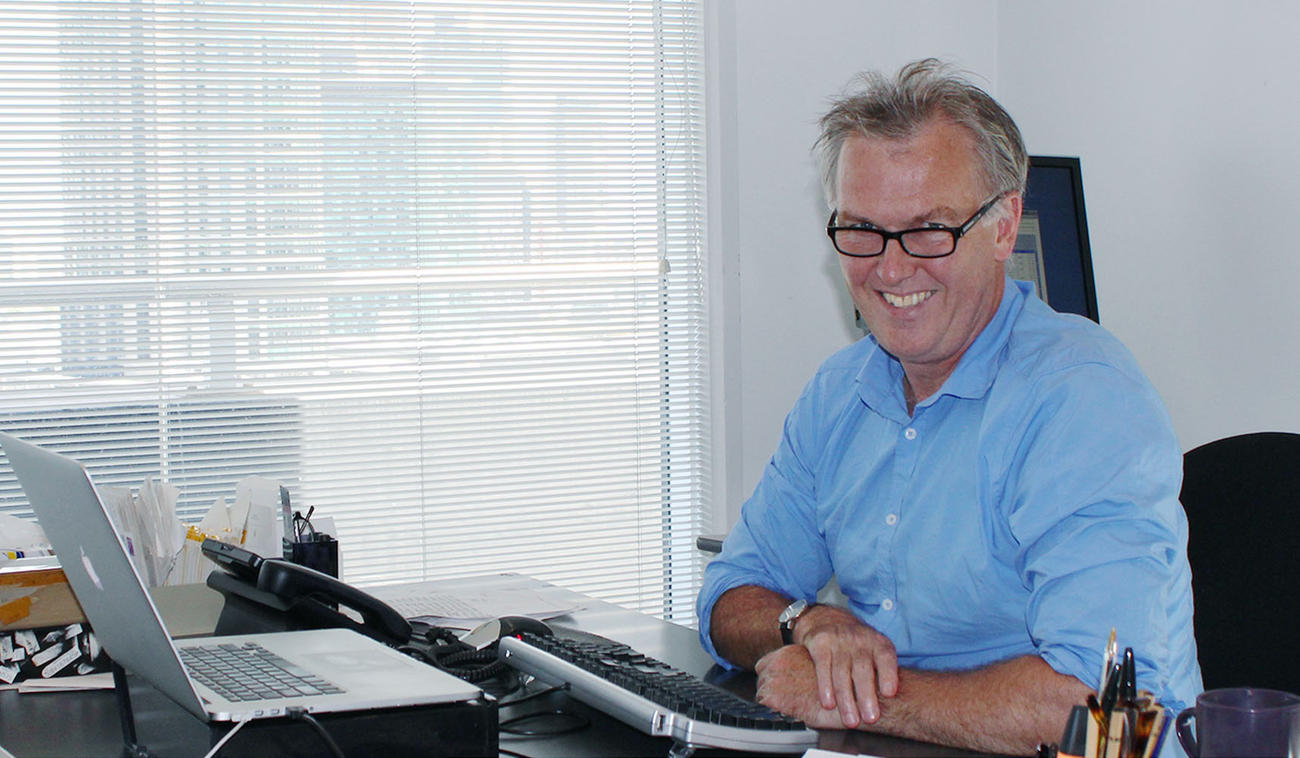 In a new series of blog posts, we’d like to introduce you to the Text team. And what better place to start than with our Publisher, Michael Heyward, who shares his passion for the bookish life and his hopes for the industry in Australia.

How did you start reading?

My mother taught me to read. She read all the time. I would read whatever was in the house: Reader’s Digest, comic books, the Bible, the Sun, Billy Bunter stories, Biggles, Enid Blyton, the encylcopaedia. I don’t remember many Australian books. My father read me Colin Thiele’s February Dragon. I read Storm Boy and my sister’s copy of Poppy Treloar. I discovered the Hobyahs in my school reader and was terrified by them. I read Judith Wright in secondary school. That’s when I first read Dickens and Shakespeare. Learning how to read Latin was important. Reading became a kind of deciphering. You had to go slowly. Somewhere along the line I understood that reading was a place to lose yourself, a place that transformed you. And then, still later, after school, there were the books that were like strange lands, Musil, Virgil, Boswell and so on. Reading them was a journey and describing where you had been was a traveller’s tale.

How did you get into publishing?

In 1979 when I was twenty years old I went to the UK and in Newcastle met a generous man named Neil Astley who ran, as he still does, a publishing company called Bloodaxe Books. Standing in his office I decided that this was what I wanted to do. I came back to Australia and with Peter Craven started a literary magazine we called Scripsi. I was instantly addicted. The thrilling thing was that publishing allowed you to meet writers. I worked on Scripsi with Peter and later Penny Hueston too until the end of the eighties. It was my apprenticeship. It taught me to get on with things. I didn’t start book publishing until Di Gribble asked me to join Text in early 1992. I was otherwise unemployable. Text is the only job in book publishing I have ever had. 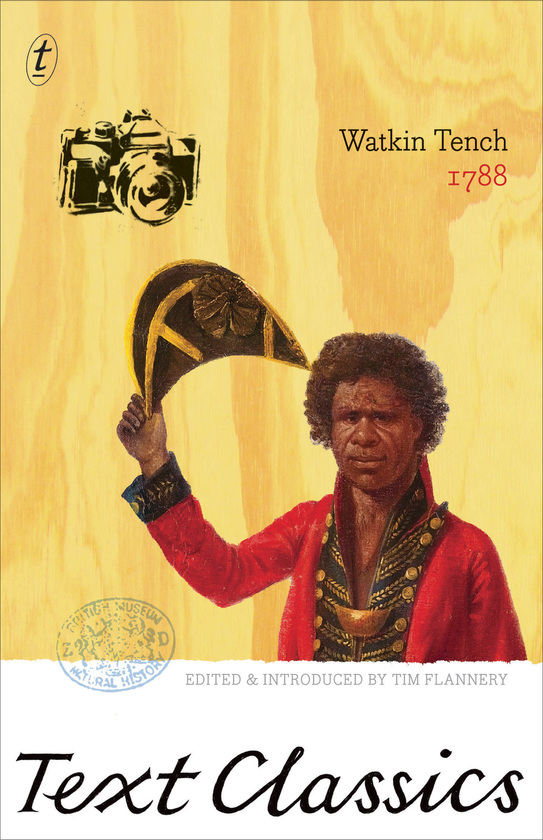 Has being a publisher changed you?

It knocked the snob out of me. It invited me to engage with the writers around me, to slip the noose of the cultural cringe. It taught me that the standards that matter are the ones you set for yourself. It introduced me to books I would never have otherwise discovered. It colonised my imaginary life. Imagine living without Watkin Tench or The Women in Black or Murray Whelan or Jack Irish or the novels of Elizabeth Harrower. Publishing led me to them. It also led me to people. Our industry is filled with marvellous people. We are a tribe, practising our arcane arts, pursuing our wobbly economics. We are more or less always cheerful, even when we are gloomy.

Really? Aren’t people in publishing poorly paid and don’t they work long, thankless hours? Why would they be cheerful?

It’s all true but we go to work every day with colleagues who love books just as much as we do. A job in publishing is a balm for the soul of the addicted reader.

Do you have a definition of book publishing?

There is one for every book. Book publishing opens up a conversation between two people who never need to meet: writer and reader. It is the endless restless pursuit of the next big thing. It is about serially falling in love. It is better than reading great books because it is about enabling others to read great books. If you put a beautiful book into a reader’s hands you have changed the world.

How romantic! But can publishing actually change things?

Of course! Publishers change the world by allowing the voices of writers to be heard. That’s why some politicians pick on publishers—if you silence publishers you silence writers, and writers change things by telling the truth or by making things up which cast a defining light on the truth. Ideas live in books, pummelled into shape by writers. Publishers have the opportunity to change writers’ lives, to create possibilities for them, to buy them time, their most valuable asset. Publishers can enable them to write books that would otherwise never exist. But publishing is also about conservation: books are concentrated capsules of memory and imagination, which is why keeping them in print matters so much. We have been very careless about that in Australia. Countries that encourage, support and nurture their publishing houses are more likely to value their national literature, to value reading, education and creativity. Publishing generates tremendous cultural wealth.

All very grand, but what does publishing books mean to you personally?

It lets me walk beside writers. It is a privilege.

It doesn’t exist. It’s an unholy and unpredictable combination of reading, editing, and talking to people: writers, booksellers, agents, colleagues. Editing tends to get done very early in the morning or late at night. It requires the concentration of writing. So it can’t be done while the phone is ringing.

What do you love about it?

I love listening to writers. They teach me things. And I love, even if it can be through gritted teeth sometimes, working on manuscripts, trying to understand what is happening in the writing, what the writing wants to become. I love that conversation with the writer which editing permits. The manuscript is the secret room in which we sit down and talk to each other before the book becomes a book. Editing is a mystery, a riddle without a solution. In the magic world of the editorial exchange one plus one equals three. Done well editing can help writers go places in their work they would never otherwise have gone. Done badly it demoralises everyone. Publishers should never forget that if they have the power to switch lights on for writers they also have the power to do harm, waste time, sap confidence and energy.

If you could wave a wand over Australian publishing, what would you wish for?

More publishers, more good ones. More editors. The capacity to publish to the literary potential of the place. A better comprehension of why our industry matters. The story of Australian publishing over the last few decades is a wonderful tale of an industry finding its feet. The job isn’t over yet. And now the Turnbull government says it wants to change the law to make it legal to dump foreign editions of Australian books here. That is a direct attack on our writers, the creators of our stories. The government wants to give a free ride to foreign multinationals. It wants to shrink our publishing industry. Its policies will harm independent booksellers who are the beating heart of our book world. We are going to have to defend our writers and their right to a flourishing publishing industry all over again. I don’t know how the government has come to the view that harming Australian writers will benefit Australian readers. 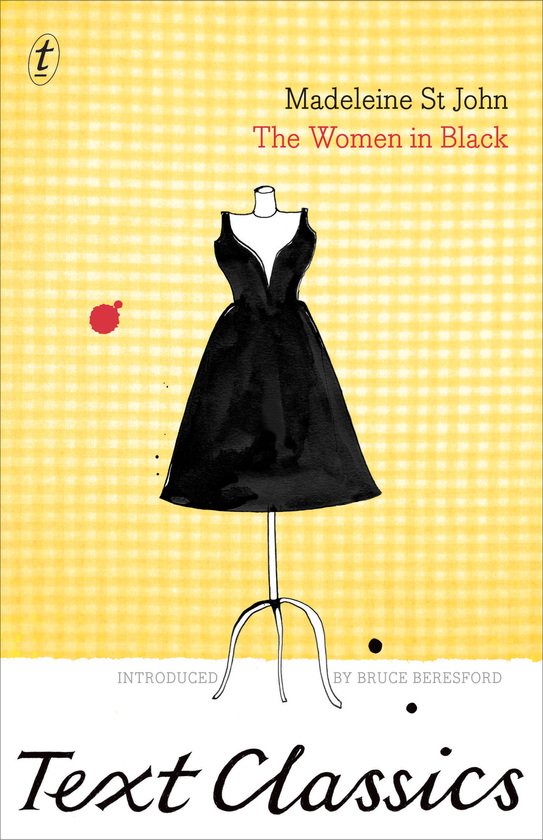 What has been your best moment in publishing?

We will publish our one hundredth Text Classic in 2016. Starting that series in May 2012 fulfilled an ancient ambition to put some extraordinary books back onto bookshop shelves where readers could find them. Launching the Text Classics was an exciting moment. We are committed to the series, and will continue to look for forgotten books which have so much to say to us now, which teach us about a literary heritage that is waiting for us to discover it, and which change the way we think about the past and therefore about ourselves.

Tell us about the one that got away.

There have been a few. It would be indelicate and humiliating to name them. The wounds will never heal.

Where is your favourite place to read?

Which Text book would you most like readers to (re)discover?

There are many. A publisher’s list is a series of stepping stones for readers. The stones form a pattern when people let their reading steer them from one discovery to the next.

What advice would you give to someone wanting to work in publishing?

Read, read, read. Your reading is the bedrock of your work. The writers you are going to work with need your reading. How well we read is not separable from the quality of the work we publish. Great writers need great readers because writers need to be understood, to be heard. We can never have enough readers. We love hiring compulsive readers.