Your basket is empty
Shopping Basket
Review and Check Outright
The Meaning of Things: Kate Grenville on The Lieutenant
Posted on 17 February 2015 under
Tweet thisShare on Facebook 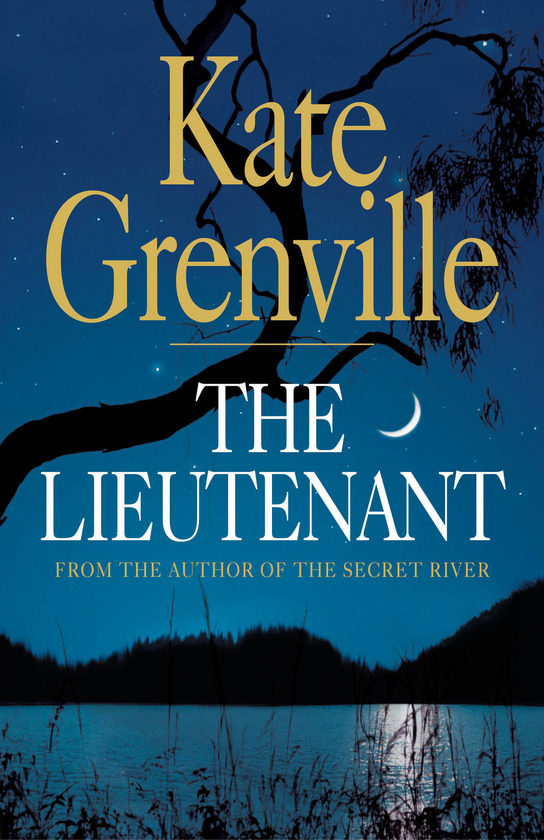 Jill Fitzsimons, English teacher at Whitefriars College, interviewed Kate Grenville about her novel The Lieutenant, which is a set text for the VCE English 'Encountering Conflict' context.

Kate Grenville: For me, the most significant kind of conflict is internal. A conflict in the outside world is just one more thing that happens, but the importance of it is that it gives you a choice of how to react. If I have a conflict with a neighbour, that's just a normal part of life in the city. What matters is whether I choose to storm around there and confront them, or be more conciliatory.

The first is the most satisfying. There's a great pleasure in blazing up into anger when faced with conflict—because, naturally, each of us always feels we're in the right.

The second requires empathy—see it from their point of view so you can work out a solution that's likely to be effective. But it's hard to make yourself feel empathic towards someone you feel is being unpleasant. In order to do it, I have to put myself and my righteous indignation on one side, and more or less become that other person. That means tapping into the same unpleasant part of myself that the neighbour is expressing, so I can feel it and understand it.

This is why the real conflict is internal. We like to think we're perfect. Dealing effectively with conflict (i.e. not just responding in kind) means acknowledging that we're not.

JF: English teachers love Lieutenant Daniel Rooke; he is a fascinating protagonist. In countless classrooms around Victoria, we will explore the different types of conflict he encounters and their causes, as well as his response to these conflicts. Could you offer us your insights into the impact encountering conflict had on Rooke?

KG: He's aware from an early age of being out of step with many of the people around him, and this colours his response to conflict, which is to withdraw and sometimes to blame himself. His capacity for the empathic way of dealing with conflict is quite highly developed because people who are out of step with their surroundings need to try to understand others in order to get by. (People who 'fit in' aren't challenged to think so much about themselves and the ways they differ from other people, so their empathy is less developed.)

Rooke's out-of-stepness comess from his great intelligence and his fascination with the world. He has no interest in competing (let alone winning)—of much more interest to him is how things work, and what an amazing place the world is. (Some people have read Rooke as being 'on the spectrum'—I don't see him that way—just as someone who, until he meets Tagaran, has never met a fellow-soul.)

The conflict that Rooke encounters growing up (with schoolmates and a world that thinks he's peculiar) he deals with by looking at himself and coming to understand himself. That conflict lets him come to know and accept the person he is.

The physical conflict he encounters in the context of the American War is traumatic. I pictured him as coming out of that violence in the way many Vietnam vets of my generation did—with a knowledge of what people are capable of doing to other people, and a horror at the dark underbelly of violence that lies beneath everyday life. He learns that there's nothing glamorous or heroic about physical conflict and that nobody really wins.

He witnesses conflict between colonists and Aboriginal people (see page 103, for example) but isn't drawn into it. Later he understands something of how the Aboriginal people feel and is even less prepared to take part in that conflict. When he has to make the decision about going on another punitive expedition, he's prepared to simply refuse. Coming to know Tagaran's world has let him blossom into his full humanity, and he's ready to pay whatever price he has to for that. His response to the conflict between his duty as a soldier and his duty as a fellow-human is not to evade or withdraw, but finally to stand by what he believes—what he's learned in the course of the book.

JF: This section of the VCE English course is called Creating and Presenting because, apart from using your novel to stimulate thought about how people respond to conflict, it also requires students to consider the choices you made when writing the novel. For example, the choices you made about language and form. Many students find this really hard and decide to write a safe formal essay instead of trying to write a piece with a particular purpose and audience. Given that they are required to create a text of their own, which is to be influenced by your choices about language and form, could you help students understand some of the choices you made in relation to the language you used? For example, your choices about narrative voice, imagery, sentence structure, symbolism, and so on. We would love our students to find their voice, and really enjoy their writing and exploration of ideas!

KG: Rooke was someone who loved language, and I wanted his pleasure in the nuances of English to permeate the narrative voice. In a way, it's his voice—if he'd been writing his own story. So I wanted the language to be rich and full of visual precision—but not elaborate or flowery in a cliché 'ye olde' way. So the sentence structure is mainly fairly simply and the word-choice is not particularly antique or obscure. But the visual is important—if I couldn't see it, I didn't write it. I often went looking at what I needed in the real world so I could see it properly in order to then find the right words for it, or got up from the desk to act out some movement or other, to feel it from the inside.

For the same reason I didn't use too much imagery, and when I did it was an image that sprang out of Rooke's way of seeing the world, so the imagery reveals him as much as the thing being described. (For example, on page 89: crescent of yellow sand like a punctuation mark—how a linguist might see a small beach.)

I tried to make every event and every small detail of description and dialogue all point towards two things: the clarification of his character, and the final moral choice he has to make. I discarded scenes that, even if colourful and energetic, didn't propel the energy of the book in these ways.

When I started the book it was in a spirit of exploration—I really didn't know just how Rooke was going to develop. However in this book (unlike others I've written) I had a basic spine of recorded historical events that I wanted to follow. That meant that I didn't have to invent the plot. I also had the unbelievable gift of William Dawes' notebooks that record his relationship with the Gadigal (these are now online)—those notebooks gave me all the dialogue between him and Tagaran. So I had the plot and the dialogue—I saw my job as finding the meaning of both—creating a context in which that plot and dialogue could take place and which would give it a larger meaning than just literal event.

Underlying all this was my desire to explore the idea of the 'road not taken' in early Australia—Rooke's approach to the Gadigal was so different from the approach taken by most of the colonists. What a different Australia we'd have, if his way of doing things had been followed.

I don't think there's any 'symbolism' in the book—things and events don't stand for other things in any one-to-one simple way. My search was always for the meaning of things, and that's often too complex to be neatly packaged.

JF: Finally, teachers and students compare and contrast The Lieutenant with other texts, historical events, essays, feature articles, and so on, to broaden their understanding of the ideas suggested by The Lieutenant in relation to encountering conflict. Teachers are always on the look-out for a hot tip on a companion piece that might help their young charges understand the 'Context' more deeply. Do you have any suggestions?

KG: Thomas Keneally's books about first settlement—The Playmaker and the earlier Bring Larks and Heroes—might be interesting. The William Dawes notebooks are fascinating. Henry Reynolds' account of the first settlement, The Other Side of the Frontier, is important background. Watkin Tench's 1788 (Tench is a model for the character of Silk in the novel). Tim Flannery's The Birth of Sydney, where I first came across the Dawes notebooks.

One Life: My Mother's Story is out 25 March.