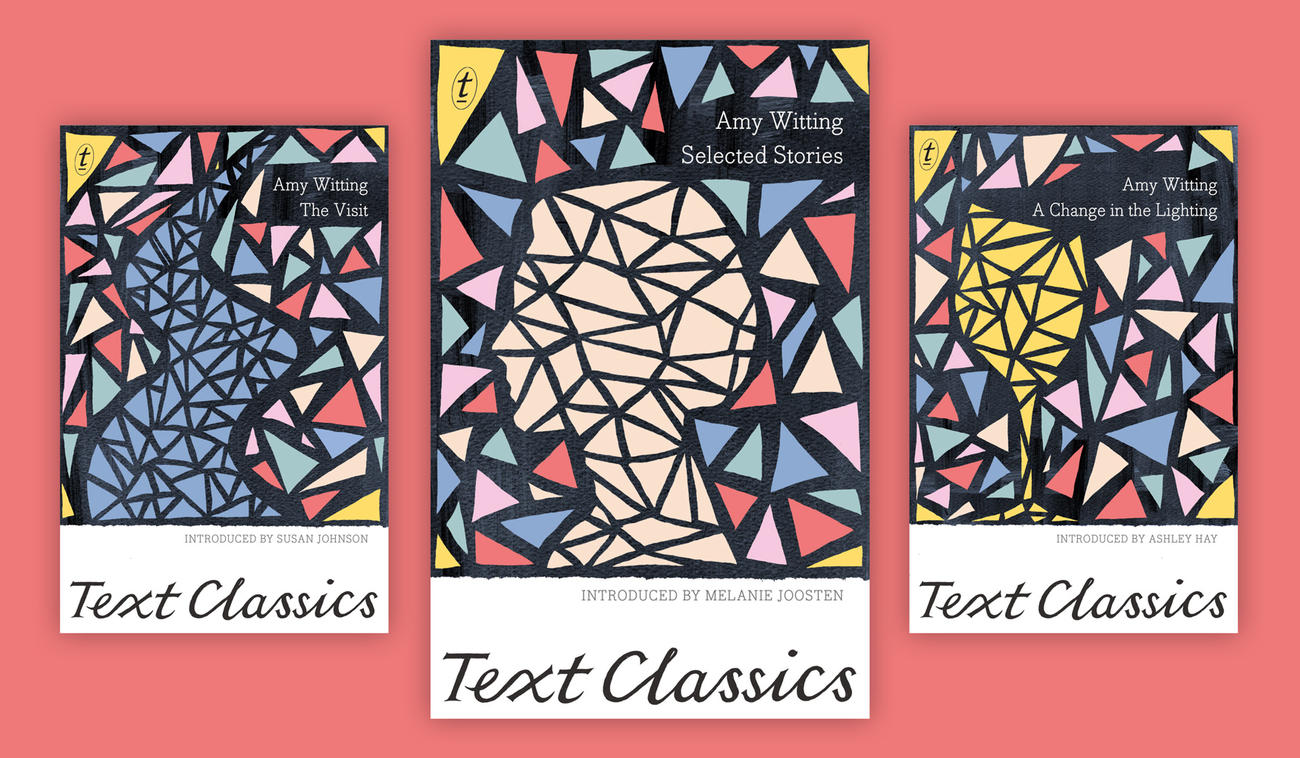 Your faithful Texters are not only overjoyed to add three more works by Amy Witting to its Text Classics series this month—The Visit, A Change in the Lighting and Selected Stories—but we are also thrilled to present to you here an extra Witting story, one not included in Selected Stories.

Senior Editor David Winter worked day and night, or at least pretty damn hard, to help bring these wonderful works of Australian literature into the Classics stable. He offers a few words about Selected Stories and the short story below, ‘Afterplay’:

All of Amy Witting’s brilliant short stories were collected under the title Faces and Voices in 2000. For the Text Classics edition of her stories, we felt it was important to choose a representative sample of them, in order to make a book of less forbidding length. No easy task—but, with the input of Witting’s agent and friend, Margaret Connolly, and the introducer of the new edition, Melanie Joosten—we whittled thirty-four pieces down to twenty. Among the difficult choices was the decision to include in our selection only one of the two acclaimed long novellas from the original collection. At the other end of the spectrum, a story like ‘Afterplay’ demonstrates Witting’s masterly economy: it is not even fifteen hundred words, yet it offers a human drama in miniature. Amy Witting’s dry humour and sharp insights into relationships—friendships, love affairs—are revealed with characteristic pithiness. Always there is as much left unsaid as is spoken by her characters. ‘Afterplay’ could not squeeze into Selected Stories, but is reproduced in full below as a bite-sized taste of Witting’s short-form genius.

It was nearing ten in the morning. Silence had fallen on the two young women as they fixed their attention on the telephone.

Judith said firmly to Geraldine, ‘Now, what about it?’

Geraldine shook her head, chewing her lower lip in distress.

Judith sighed, hesitated, then got up and went to take the call. She picked up the phone, listened and laughed in relief.

‘No. Just pleased to hear from you.’

‘Listen. I have Geraldine staying with me. Is it all right to bring her?’

‘Great. Eight o’clock Saturday night, then. Looking forward to it.’

Putting down the phone, she fixed her gaze on Geraldine.

‘You’ll have to speak to him sometime, you know.’

‘Oh, why can’t he just stop it? Just stop ringing up and leave me alone?’

‘But that’s what I thought. That was the big attraction, his being…not living in the same world as Martin. And then this started, this hunting me down, hounding me on the telephone. I thought he’d have been the last…but how can you ever tell? I can’t be blamed for thinking it’s the same thing over again.’

‘For the hundredth time, will you listen to sense? You were not responsible for Martin’s death. He tried to pin it on you, all right, poor spiteful, life-hating, woman-hating bastard. He was on the way out and nobody could have saved him. All he was looking for was a mug to take the responsibility. He made your life such a misery you had to leave—he meant you to leave, it was part of the script, just as much as the hounding and the threats. He wrote the script, he set you up. Someone to hang the guilt on, to punish the whole world in one person. You have to understand he was hostile to you and try to forgive him. I thought you’d been through all that with the shrink. He told you, I told you, all your friends told you, so will you for God’s sake believe it?’

‘I did until now. Until the same thing started again. I thought he’d be the last…’ She paused. ‘He used to say, “Ah, that’s better!”’

‘Dear me. And was it—er—better all round?’

‘Oh, yes. Proficient at all sports, never missed the goal. But you must admit it would be stressful, waiting for the comment every time.’

‘Don’t forget, he’s a stunningly beautiful young man. Just watching him walk around was as good as foreplay. Which was lucky, for it was all the foreplay you got. That’s another thing that nags me. He could take his choice of half a dozen better than me, any Saturday night at the Leagues Club, so why all this fuss?’

She halted because Judith was looking at her too attentively, watching her face for signs of complacency.

‘It’s that male ego. They’re all the same, have to believe they’re irresistible,’ she said.

‘I’ve known women who were not immune to the weakness.’

‘At first I thought it was amusing and kind of reassuring, after Martin, you know. Then that Monday morning—no sex at the weekend because of the other sports…that Monday morning I looked at his beautiful head on the pillow and I thought, Tonight he’s going to say, “Ah, that’s better!” and I’m going to kill him.’

‘Couldn’t you have told him to stop it?’

‘I’d have known he was thinking it, wouldn’t I? That would have been worse.’ She paused for reflection. ‘Not that he’d have minded. To do him justice, he was the sweetest-tempered man I ever knew. Didn’t expect you to wash his socks, either. More likely to wash yours, if you left them lying about. I was becoming positively orderly. But there it was. If I heard him say that again I was going to kill him, so after he’d gone to work I got up, packed my stuff, left a note on the kitchen table and went.’

‘Perhaps it’s the note on the kitchen table that’s the trouble. That is, if you are the kind of siren who lures sailors to their doom.’

‘Don’t you take that tone! Don’t you make out I get any kind of kick out of this!’

‘It’s safer than sympathy. What I was about to say—this walking out, leaving a note on the table, might be the cause of the trouble. You do owe it to a man to tell him to his face that you’re leaving—or at least on the telephone.’

‘I can’t. I can’t stand confrontation. Never could.’

On cue, the phone rang.

Judith stared at Geraldine, who shook her head.

‘I’m afraid I don’t know when she’ll be back. Hasn’t she rung you back? I did give her the message. Really she is tiresome.’ Her tone was sympathetic; the glance she directed at Geraldine showed no kindness. ‘Is there anything I can do to help?’

As she listened, she began to smile a broadening smile.

She covered the mouthpiece, counted silently to ten, then said to Geraldine, ‘He wants to know what you want done about the refrigerator.’

‘The refrigerator? What on earth is that about? Did I leave the door open? You have to tighten the wretched thing with a loop of rope…oh, wait a minute. Yes. Tell him to keep it. Tell him I’d like him to have it.’

Judith uncovered the mouthpiece and spoke.

‘She wants you to keep it, Ken. She says she’s happy for you to have it.’ In spite of Geraldine’s head-shaking, she added, ‘Would you like to speak to her?’ Relenting, she said, ‘She does have friends with her at the moment.’

‘Right, Ken. I’ll tell her what you said. Goodbye, then.’

‘Now,’ she said, when she had replaced the handset, ‘what was that all about?’

‘I’d forgotten all about it. That Sunday…it’s always harder to break something up than you think it’s going to be. He was out playing cricket and I got the car out and drove about, not thinking it over, my mind was really made up, just…do you ever find yourself doing something absent-minded, when your mind’s made up to do one thing and your body’s on automatic, doing something absolutely contradictory?’

‘No, I can’t say that has ever happened to me.’

‘Well, there it is. I was driving about and I passed a garage sale. I’d have stopped anywhere, done anything to fill in the time, so I got out and went in, and there was this dear little bar refrigerator, just the thing for the kitchen. I remember thinking he could put the old monster on the back verandah and keep his beer in it. I did think as I handed over the money, What on earth am I doing? I’ll be gone tomorrow, but it was too late to back out then. It wouldn’t fit in the boot, so the man took my address and promised to drop it round for me. Then I drove off and believe it or not I forgot all about it. I wanted to get to the sea and watch the water and do some thinking. Refrigerators were far from my thoughts. He must have been mystified when he found it at the door.’

She began to laugh.

‘He wants you to know that it was a truly lovely thought and he appreciates it very much.’

‘Well, it beats a note on the kitchen table. You might keep that in mind.’

Judith’s tone was sour, for in the last ten days her patience had been severely tested.

Her laughter had given way now to deep gasping sighs.

Seeing the bright eyes and flushed cheeks which showed release from a genuine terror, Judith said with some tenderness, ‘Give thanks for a sweet-tempered man.’

The Amy Witting Text Classics titles are available now at all good bookstores and as eBooks. 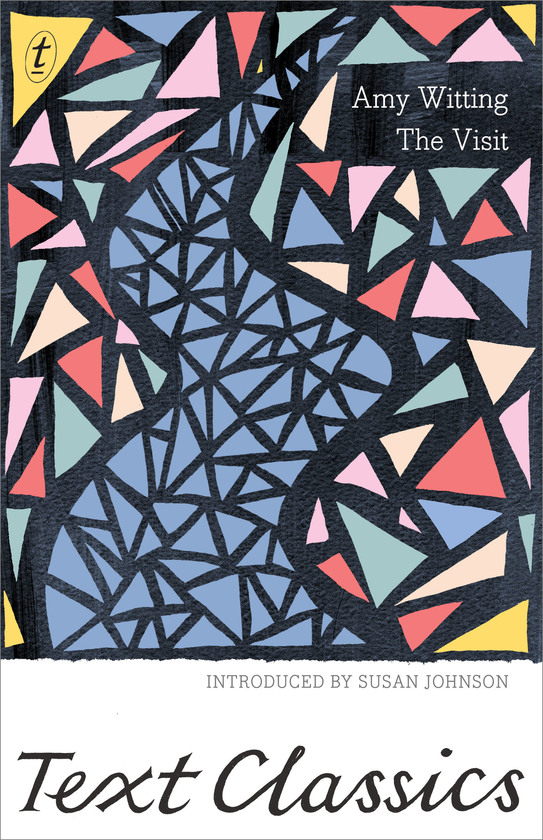 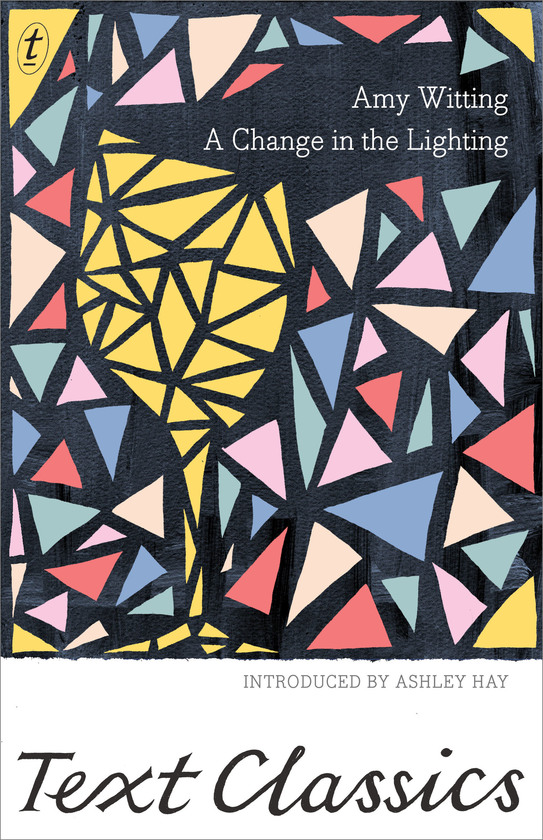 A Change in the Lighting 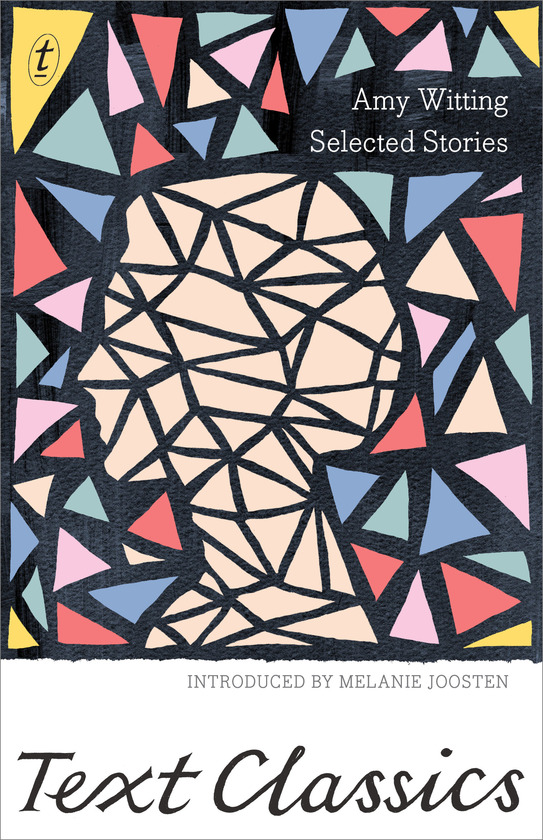 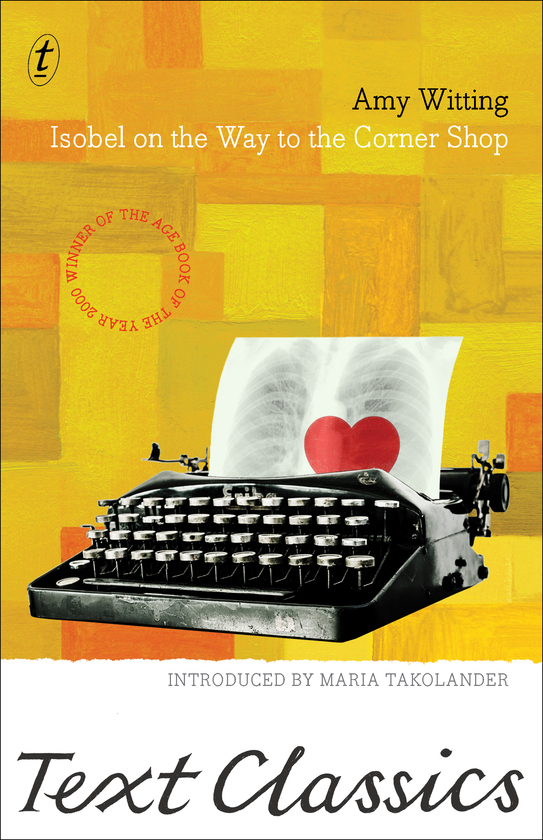 Isobel on the Way to the Corner Shop