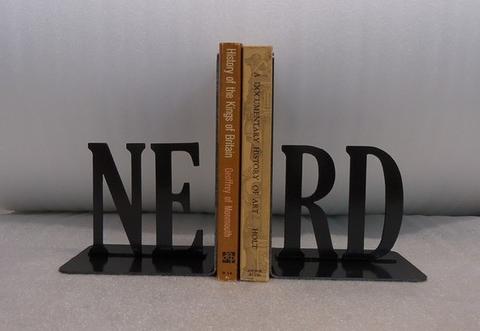 It’s time to knock off and enjoy a cocktail, matched with the appropriate novel.

Related: a brief history of booze and books.

‘A book should be used and reused. It has life, it has a message,’ he said. ‘As a book caretaker, you become a full man.’ The story of a one-man public library in Manila.

Seven rules for flirting in bookstores. You can’t do that on Amazon, now, can you?

Speak, Celebrity: a collection of audio clips of poetry read by celebrities.

‘Your George R. R. Martin collection goes next to my Proust over my dead body’ and other hasty statements best avoided: how to say ‘I Do’ to shared bookshelves without ruining your relationship.

Hey Claudia I know math is really tough for you but even you should know that two dollars an hour for six hours means we’re at least twelve dollars short of what should be in the treasury Texts from the Baby-Sitters Club.