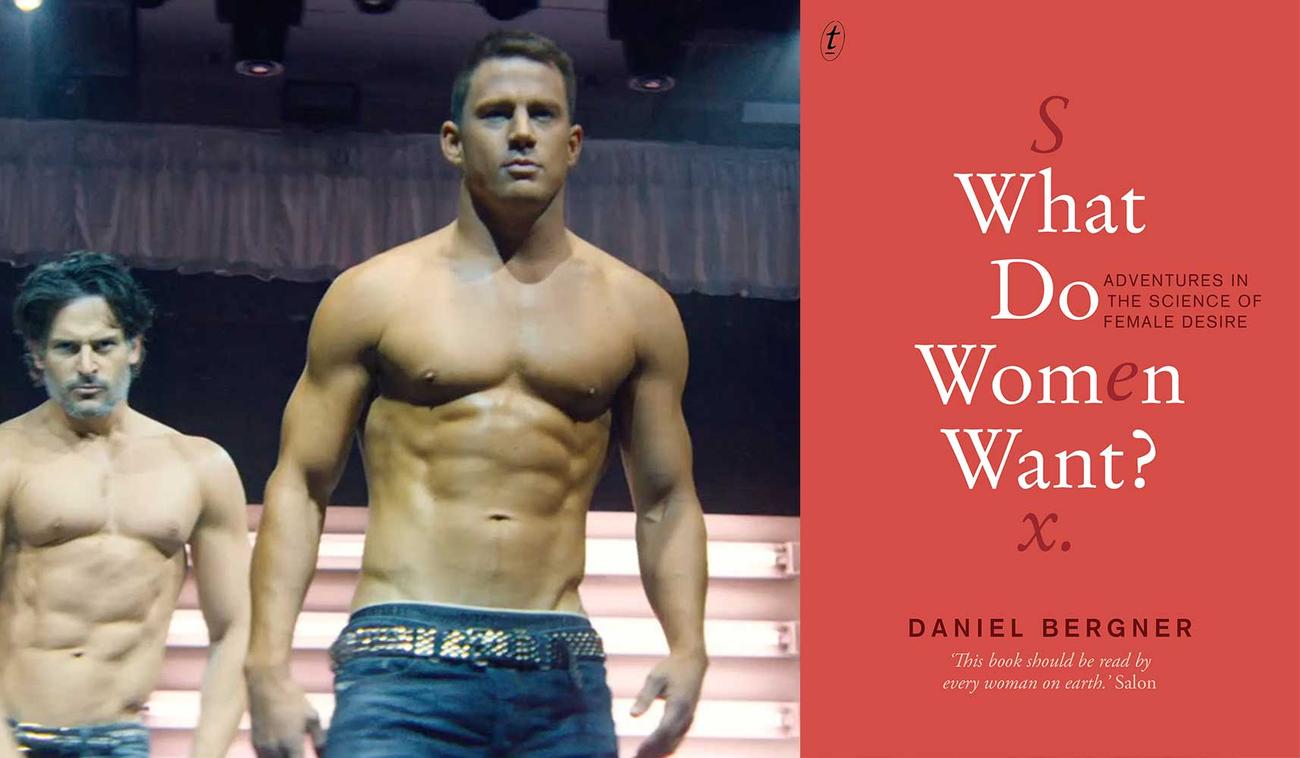 After reading Clem Bastow’s utterly joyful review of the new Steven Soderbergh film Magic Mike XXL last week, a friend admitted he was surprised women could get so excited over beefcake men stripping that they’d be hooting and cheering in a cinema.

‘I thought women were attracted to men because of who they were, not because of how they looked,’ he said, like a whiny eight-year-old child.

All those wasted years, believing in women’s goodness.

Of course, many of us already know that women are biologically not all that different from men when it comes to sex drive. Women have just been raised to express their sexuality differently.

But I bet you didn’t know just how primal women’s desire is. 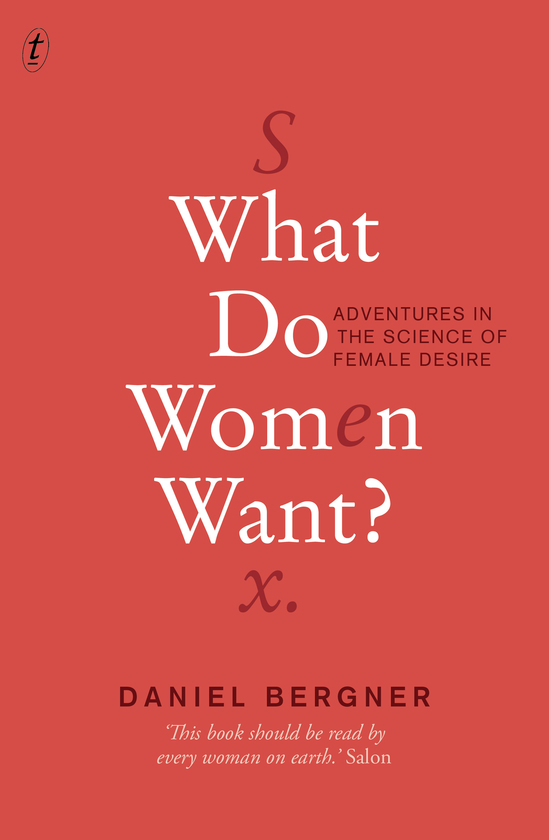 What Do Women Want?

Daniel Bergner is the author of a gob-smacking, eye-opening book about female desire called What Do Women Want?, in which he documents scientific studies of women’s sexuality.

And according to the plethysmograph, every single clip turned the women on. Hugely.

Interestingly, the clip that had the least impact on the subjects’ vaginal blood flow wasn’t the humping bonobos, but the nude dude with the slack member.

But even more interesting was the contradiction between the arousal ratings the subjects gave on their keypad and the measurements provided by the plethysmograph. Women understated their own excitement at the clips involving women alone or women with other women—but the blood pumping through their genitals, as measured by the plethysmograph, told a totally different story. Same went with the clips of gay male sex.

Essentially, women’s bodies responded strikingly differently to the way their minds did. The subjects’ understanding of their own desire was completely back to front.

The Toronto study is just one of dozens cited in Bergner’s extraordinary book, which amasses a plethora of truly eye-opening scientific evidence about women’s behaviour and biology. If it were more widely known, this kind of knowledge could revolutionise the way women understand themselves and the way female sexuality is viewed—and it might just stop my innocent friend being so shocked at the idea of women cheering for Channing Tatum to take his shirt off in Magic Mike XXL, too.