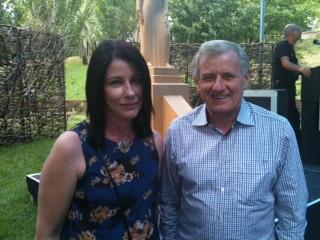 Vikki Wakefield’s debut novel, All I Ever Wanted, won the Young Adult category of the 2012 Adelaide Festival Awards for Literature.

All I Ever Wanted is the story of Mim, on the cusp of finishing school and eager to start a new life as far away as possible from her criminal family and dodgy suburb. But over the nine days before her seventeenth birthday, Mim’s life turns upside down—and in the end, the same things look entirely different.

All I Ever Wanted has garnered effusive praise and a legion of fans. We spoke to Vikki about her writing process and her new work. 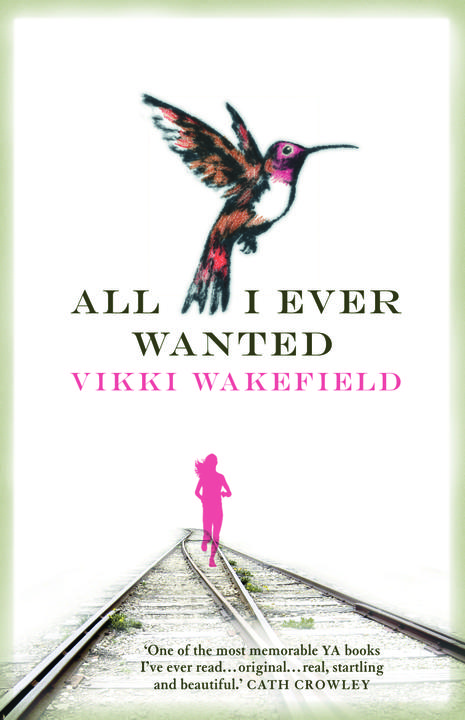 Did you always want to write books for younger readers?

I started reading adult novels when I was about twelve. I’d exhausted the limited range of young adult novels I could get my hands on and the YA genre was still unformed, but those few books I loved (like The Chocolate War and The Outsiders) I’ve never forgotten. These contemporary novels weren’t about pure escapism, happy endings or loaded with moral instruction. They made me feel, for a while, like I was living somebody else’s life, and I could see pieces of my own reflected in a book.

When I started writing longer fiction, I rediscovered the YA genre. While I was gone, it had come of age. Here were the books I yearned for when I was stuck in that rut between childhood and adulthood. The first voice that came to me when I opened a new Word document and typed ‘Shitty First Draft’ (thank you, Anne Lamott), was Mim’s, and the first words that came were ‘It’s easy…’—‘cause it ain’t.

So, I didn’t really decide to write for young adults. I was naïve about writing. I had no idea where Mim’s story would fit, and I didn’t care. Halfway through, I sensed that the novel would fit into the YA genre, but when I started writing I was really writing for my in-between, sixteen-year-old self.

All I Ever Wanted was your debut, and you’re working on your next book, Friday Brown, now. Does the process get easier after your first book is published?

I thought it would be easier, but it isn’t. I’m wiser about the process, but I’m not any better at controlling it. There are good days and bad days. I just have to keep showing up; eventually the good stuff floats.

With All I Ever Wanted, there was just me and the page. I dared myself to write and, beyond finishing the novel, I had no expectation. The second book will be born in the public eye. Now it’s me, my publisher, my editor, my readers, reviewers, the media…and on. That’s a lot of people behind my desk.

If the writing wasn’t difficult, I’d be suspicious. When I’m completely lost in the my first draft, I know it leaves room for layers to separate and themes to emerge, rather than starting with a one-dimensional, fully-formed story. Not knowing where my characters are taking me is compelling and if I knew where I was going I’d be bored. There’s nothing linear about my process—it’s messy and complicated and most often a case of two steps forward, one step back, three sideways.

Some things are easier. I’m more aware of my bad habits; I’m no longer fixated on word-count (I know now that a story is as long as it needs to be—no more, no less); I’m not afraid to cut a massive chunk of perfectly good writing because it doesn’t belong. I don’t worry that I’ll run out of ideas any more. 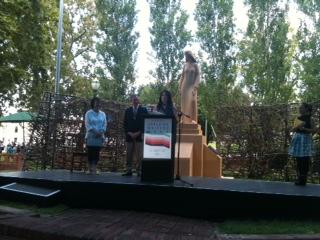 Do you have any advice for aspiring YA writers?

The contemporary YA books that stay with me are those with imperfect, nuanced characters. A writer’s voice is important, but with first-person narrative (a common YA viewpoint) it should be subtle. It’s the bones of a story, not the substance. The key to creating a story that is whole and unique is character voice—once you find that, the rest will fall into place.

Don’t be afraid to take your readers to dark places—teenagers aren’t immune to tragedy and loss. Try to play up the contrast between light and shade. Contrast gives a story depth, as it does in a great film, a beautiful painting, or a memorable piece of music.

Probably the best piece of advice is the most commonly given: just write. I wasted so much time researching sites that tell you how to get published instead of actually writing. There’s only one way to get published—write a good book. Channel your energy into that. The rest is just postage and patience.