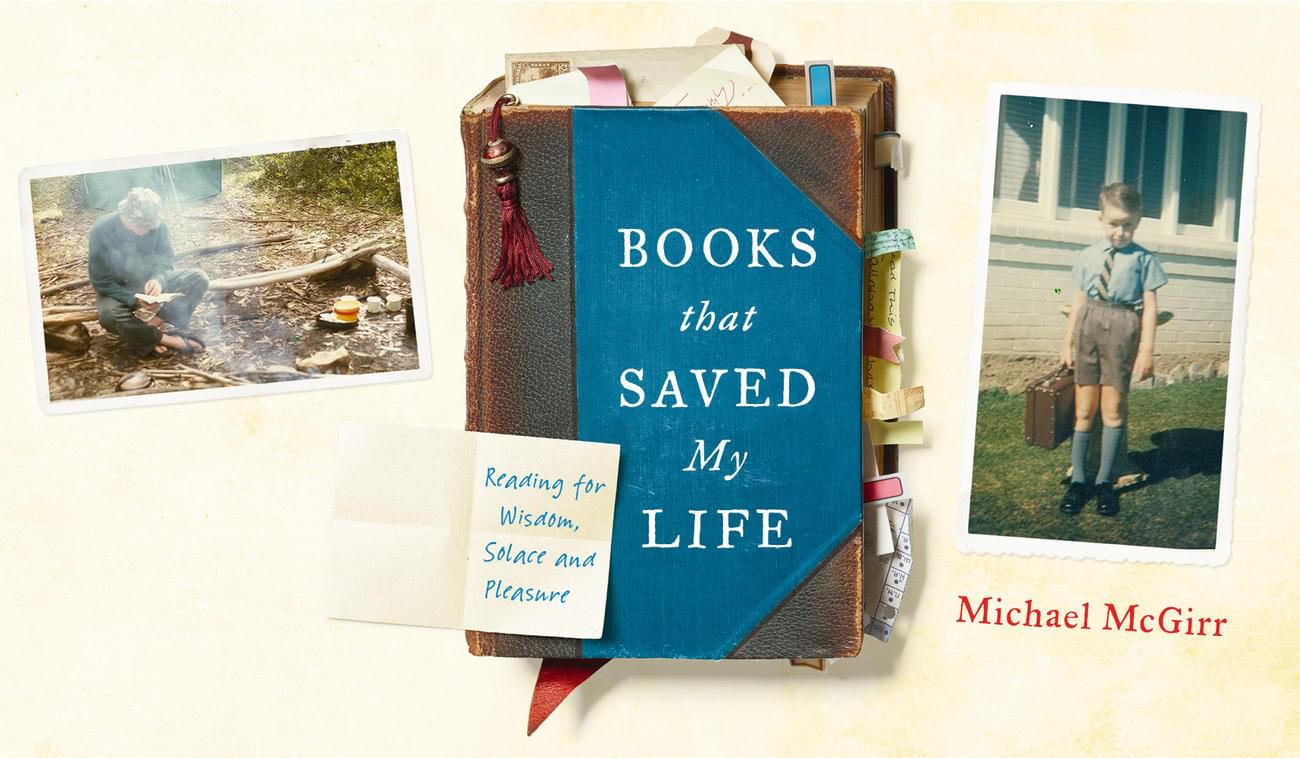 Michael McGirr writes: I became a reader partly because reading made my world bigger. But one of the best things about being a writer is the way it makes the world smaller.

I shared a number of personal stories in Books that Saved My Life. One was about a favourite English teacher with whom I had not been in touch for years. Sadly, he died recently at the age of 94. I was chuffed that my account of him was read at his funeral, notably a section in which I recalled a boy who slotted his mother’s lasagne recipe into the middle of an essay on Measure for Measure – which, despite its title, was never much about cooking. The boy wanted to see if old Mr Deegan was reading. The congregation begged to differ on some, if not all, of my particulars about the lasagne, but it is an honour to have your book used to help celebrate a great yet modest life.

In Books that Saved My Life I also wrote about my proclivity to rescue books from jumble sales. I have always believed that a charity bazaar without a book stall is a fete worse than death. One such book was a collected Shakespeare that had been presented to a girl called Molly O’Loughlin when she was dux of her school in Bairnsdale sometime, I thought, around 1920. It contained a couple of bookmarks with heartfelt messages from a nun for whom Molly was clearly a special student.  The book had cost the princely sum of $4.50 and was a treasure chest not just of Shakespeare but of a time in Molly’s life and world.

Then out of the blue last week I received an email from Mark O’Loughlin, Molly’s nephew.

I am writing to share a discovery that I trust you may find interesting.

My first cousin, Angela Arthur (nee Lee), was enjoying your ‘Books that Saved My Life’ when she made a surprising discovery. You open your chapter on ‘Spells and Medicines’ (your reflections on “Othello”) by referring to a presentation plate in a ‘Works of Shakespeare’ that you picked up in a jumble sale. The presentation plate and two bookmarks refer to a Molly O’Loughlin who was dux of the Sion convent school in Bairnsdale in what you estimated would have been about 1920.

I knew Molly well. She was my father’s youngest sister, a daughter of Peter and Mary O’Loughlin who were pioneer settlers in what was known as ‘Little Limerick’ in East Gippsland (near Bengworden). Molly was born in 1900. There is a family photo, that includes Molly as a very young girl, in a biography that Dr Paul Monk has written … ‘The Secret Gospel According to Mark. The Extraordinary Life of a Catholic Existentialist’. I am the ‘Mark’ of the title! Paul was in a class of mine at Aquinas College in Ringwood in the 1970s, and we have been good friends ever since. Paul very generously wrote the biography out of this long friendship and knowledge of me. And there is the Molly whom you had no chance to know.

Molly became a chiropodist and lived and worked in her home at 1 Canterbury Road in Toorak. She lived with her aged mother Mary and sister Susan. Neither of the daughters married.

This discovery in your book was a delight for us. It gave a concrete insight into how my pioneering grandparents, who initially lived in an earthern floor slab hut by the Gippsland Lakes, educated their children. This to the highest attainment in the case of the youngest Molly.

And so we sometimes see the threads of lives connect.

This gave me a wonderful feeling. It made the world feel smaller and more homely. Books that saved My Life tells a few stories about meeting previous readers in the pages of battered second-hand copies of books. I love finding bookmarks improvised from birthday cards, train tickets, dental appointment cards, parking fines or anything of that nature that gives a clue about who was in these pages before me. Best of all are those readers who underline and leave notes. Sometimes just a name helps. I have several copies of 1984 but my favourite is the cheapest. It cost 20 cents, which is well within the budget even of a writer. Inside the cover a reader has left their name: they were teaching at the University of Cape Town in 1964. Heaven knows what the novel would have meant in that Orwellian time and place.

Reading for me is partly physical, especially tactile. Writing is about relationship. Both of these experiences mean connection. I am thankful that Mark got in touch. It means a lot to complete that circle. 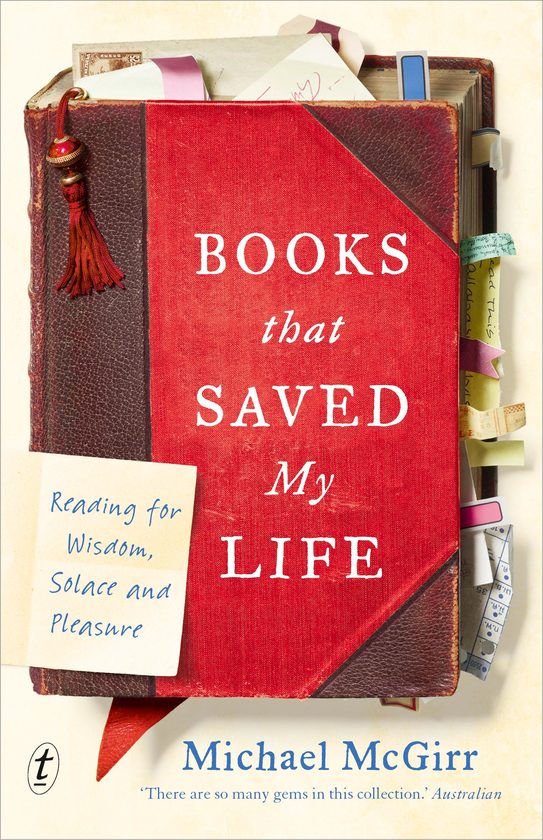 Books that Saved My Life