Your basket is empty
Shopping Basket
Review and Check Outright
Some 2014 Text highlights, from Text staff
Posted on 29 January 2014
Tweet thisShare on Facebook

Now that the first major heatwave has passed, there is officially no way we can delude ourselves that the holidays are still here. But on the plus side, we have an amazing year ahead of us, with new books by Rebecca Mead, David Levithan, Rabih Alameddine, Glen Duncan, Rana Dasgupta, Craig Sherborne, Elizabeth Harrower, Geoff Dyer, Robert Hillman, Steven Galloway, Wayne Macauley, Sian Prior, Tom Rachman, Sophie Cunningham, Geraldine Doogue, Helen Garner, Graeme Simsion, S. J. Watson, Vikki Wakefield and so many more.

You can download our January–June catalogue here for more information about the titles of the first half of 2013. Below, Text staff talk about some of the books they’re working on and looking forward to. 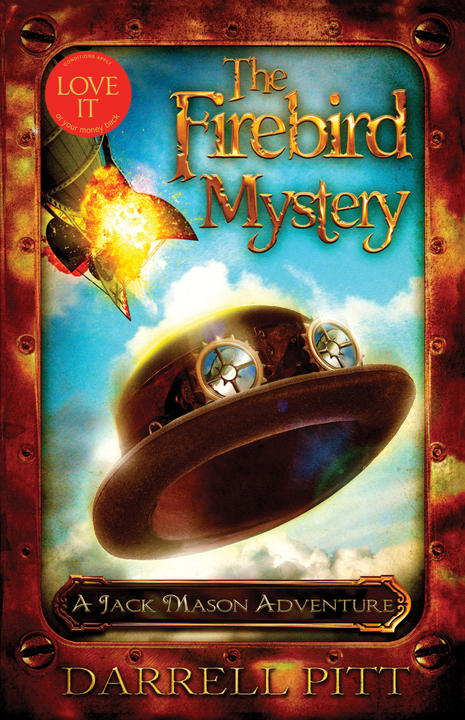 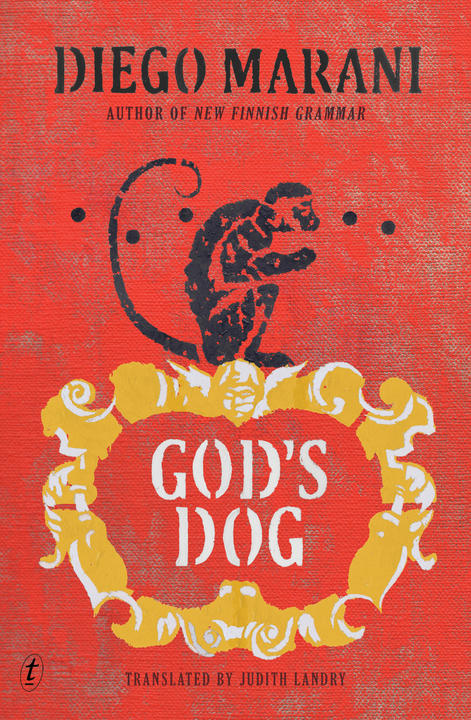 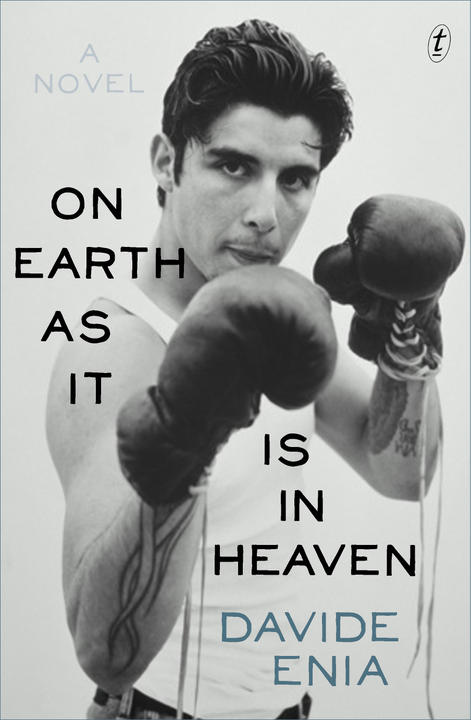 I work on most of our young adult and children’s list and this year is going to be…big.

In March things will really get going with The Firebird Mystery by Melbourne’s own Darrell Pitt. It’s the first of three Jack Mason Adventures (all out in 2014) and I can already tell boys are going to go mad for these books! The Minnow by Diana Sweeney is a June title, but I’m already talking to people about this truly amazing Text Prize-winning novel.

There’s also a (welcome) challenge looming in the incredible and unusually large illustrated non-fiction, A-Z of Convicts in Van Diemen’s Land by Simon Barnard. I am in awe of the work Simon (and his editor Jane Pearson) have put into this quite literally massive book. If you see me traipsing around Melbourne with something that looks a bit like an art folio mid-2014, it’s probably this book. And you should probably stop me and force me to let you have a look.

I’ve been wowed by some of the great international titles we’re publishing this year. I loved Diego Marani’s two earlier books, so I’m really excited by this month’s release, God’s Dog. I’m also totally seduced by Davide Enia’s On Earth as It Is in Heaven: A Novel, set in the seething, mafia-ridden Palermo of the 1980s. Rabih Alameddine’s blue-haired, cantankerous Aaliya of An Unnecessary Woman rates as one of my favourite characters, followed closely by Tooly Zylberberg, an altogether different but similarly unique character in Tom Rachman’s The Rise and Fall of Great Powers. Closer to home, the ‘trants’ in Craig Sherborne’s Tree Palace are an unexpectedly loveable mob and I just couldn’t put down Diana Sweeney’s Text Prize-winning The Minnow, a wonderfully sad and uplifting coming-of-age story set in the aftermath of a devastating flood. 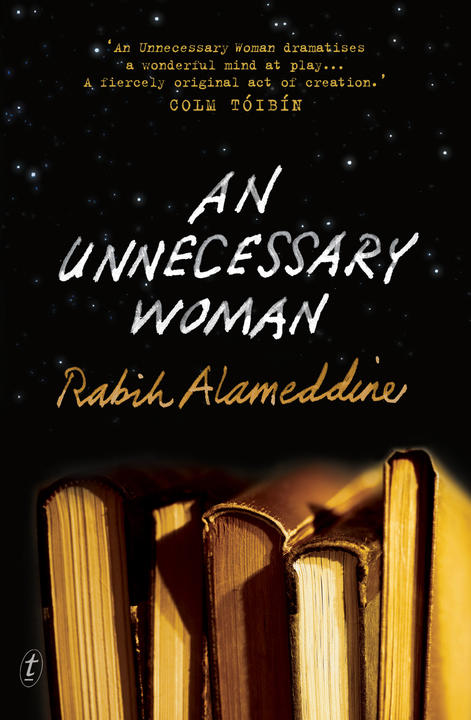 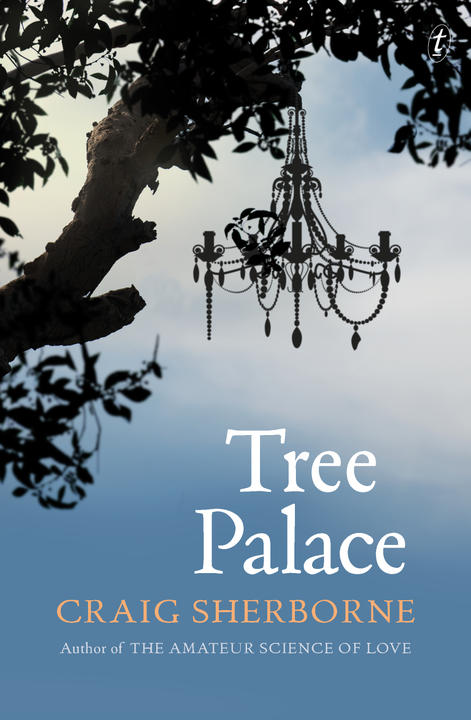 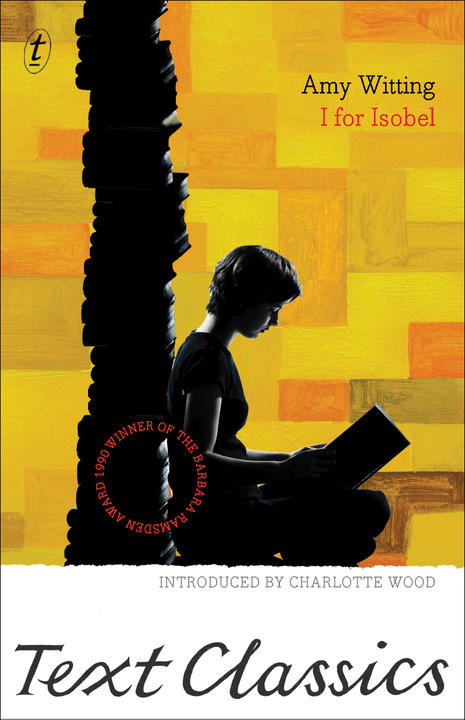 This year is shaping to be a ripsnorter. First off, a couple of short, sharp novels appearing in the Text Classics that I can’t recommend highly enough: Amy Witting’s I for Isobel (introduced by Charlotte Wood) and John Hepworth’s The Long Green Shore (introduced by Lloyd Jones). The uninitiated are in for a real treat with these two; it’s hard to believe they were out of print.

From overseas there’s Davide Enia’s examination of Sicialian manhood in the boxing epic On Earth as It Is in Heaven: A Novel; and a unique literary tour of Delhi, Capital, by the novelist Rana Dasgupta. The latter shows us another side of India—it’s essential reading.

I’m hard at work on much-anticipated second novels by Craig Sherborne and Chris Flynn—Tree Palace and The Glass Kingdom, respectively—and Nic Low’s debut collection of stories. And a special project: the fifth and final novel by Elizabeth Harrower, In Certain Circles, completed in 1971 but never before published.

That’s just the stuff I’m involved with. I’ve been hearing rumours of a new book by one of Australia’s favourite writers! 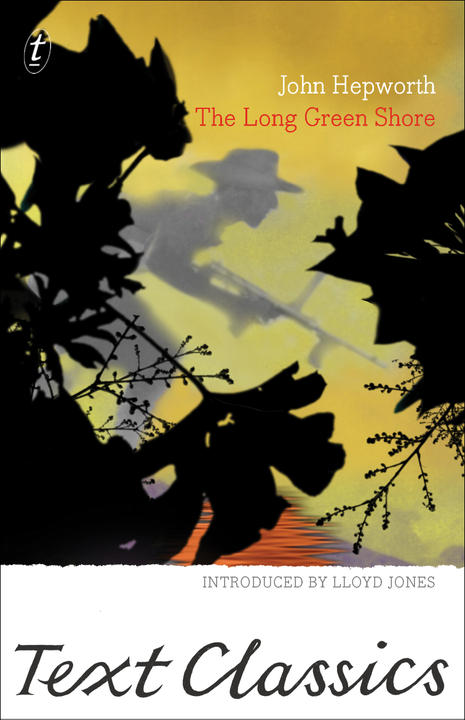 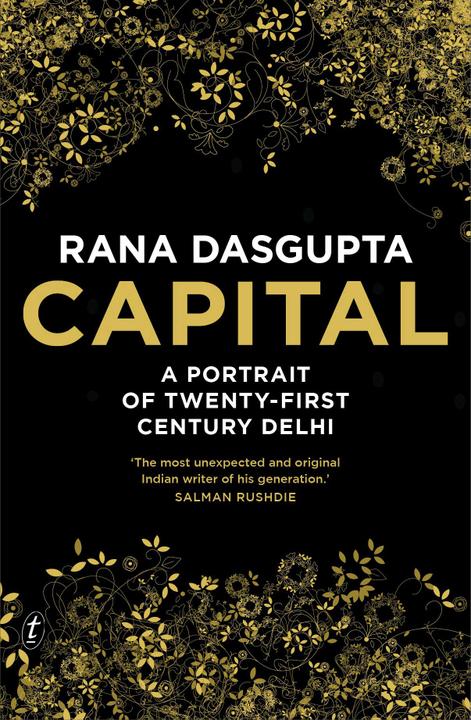 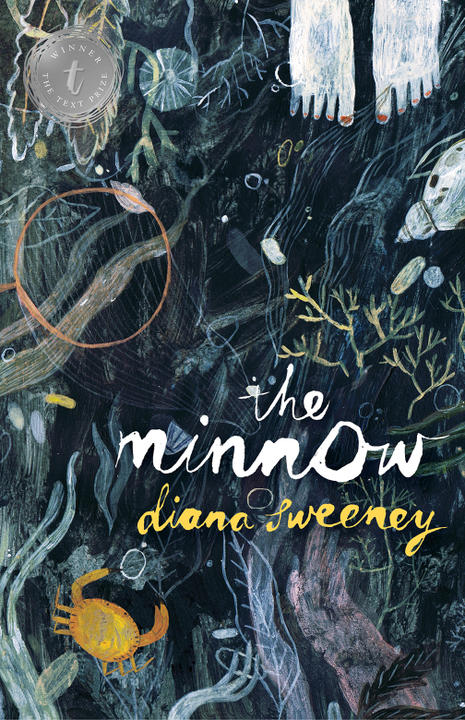 There are so many books I’m looking forward to in 2014 that I’m unsure where to begin!

Here they are:
1. The Lost Child by Suzanne McCourt. A book to be treasured and read over and over.
2. Kat Jumps the Shark by Melinda Houston. A book for anyone who has ever had a crappy day.
3. Joyful by Robert Hillman. A book that will dazzle you with its insights, with its gentle grace and unexpected humour.

There are so many treats coming up in 2014. I’m particularly excited about all the great YA fiction we’re publishing. For some romantic YA around Valentines Day, I’ll be dipping into David Levithan’s How They Met and Other Stories, eighteen original stories about different types of love. Later in the year we’re publishing The Minnow by Diana Sweeney, our Text Prize winner for 2013. Affecting, hard-hitting, warm and witty—this is a live one.

In April we’re publishing Craig Sherborne’s Tree Palace. I’m glad I’ve got a few months to prepare for that, as I’ve just finished The Amateur Science of Love and need some time to recover from the emotional trauma.

I’m looking forward to reading One Boy Missing by Miles Franklin-shortlisted author Stephen Orr, featuring Detective Bart Moy, newly returned to the country town where he grow up, investigating the disappearance (and silent, traumatised reappearance) of a young boy.

The Text Classic I’m most looking forward to is The Long Green Shore by John Hepworth, a classic war novel set in New Guinea towards the end of WWII. I also can’t wait to read Lloyd Jones‘ introduction to it. 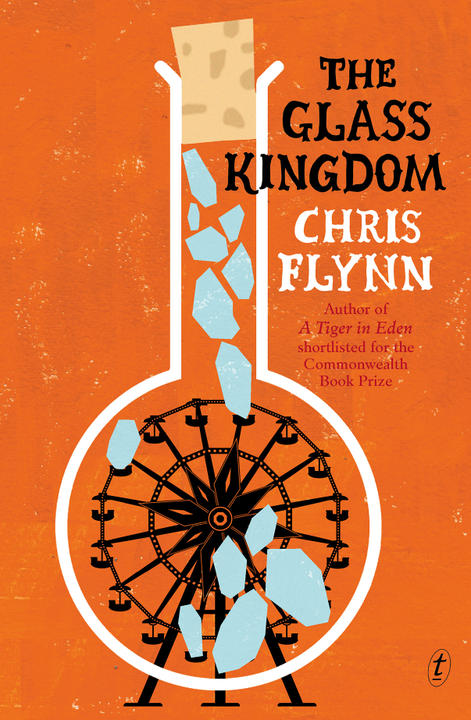 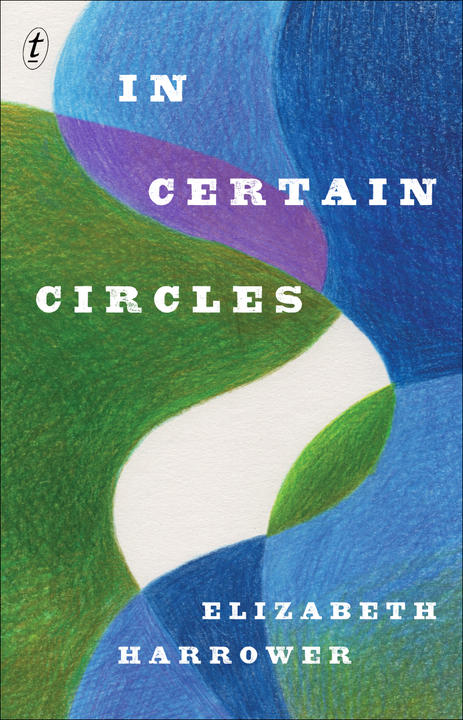 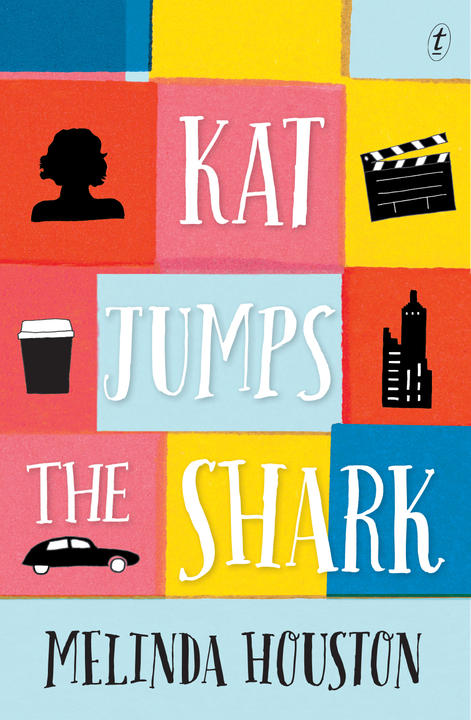 In 2014 I’m looking forward to spreading the word about one of the world’s great unknown writers, Rabih Alameddine. I’ve loved his work since reading The Hakawati years ago and I’m hoping that the publication of An Unnecessary Woman in March along with Rabih’s appearances at the Perth and Adelaide writers festivals will help put his name on the map. Many writers I admire are great fans, including Junot Diaz and Colm Toibin, so I would love to see more readers discover his work. Plus, he looks as though he will be a lot of fun!

Bobcat and Other Stories by Rebecca Lee is another great discovery. I love short stories and this collection is as good as anything I’ve read by Lorrie Moore so I think this writer has a big future. Irish writer Mary Costello’s short story collection, The China Factory, was released in May 2013 to terrific reviews around the world but her first novel, Academy Street, will really get people’s attention. It’s as close to a perfect novel as I have read in a long time and I’m expecting great things for it when we publish this September.

We’ve got some great books to look forward to this year. By far the biggest (it will stand more than 40 cm tall!) is Simon Barnard’s A–Z of Convicts in Van Diemen’s Land. It’s jam-packed with fascinating information and detailed illustrations all drawn from the historical record. I can’t wait for Rabih Alameddine’s An Unnecessary Woman, which is due to arrive in the office any day now, and, later in the year, a book of interviews with Australia’s most powerful women by Geraldine Doogue and Brenda Niall’s new account of Archbishop Mannix. The YA line-up is very exciting: two more Australian YA Classics, the sequel to Jane Higgins‘ Text Prize-winning The Bridge, The Marsh. And the latest Text Prize winner, Diana Sweeney’s The Minnow, a wonderful story of a girl putting her life back together after losing her family in a devastating flood. 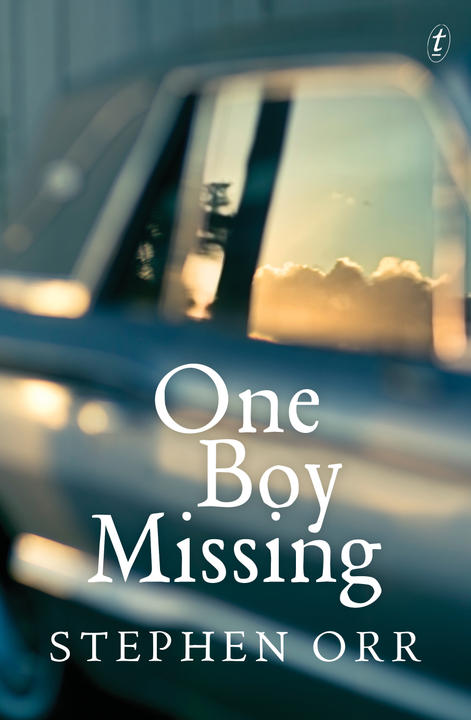 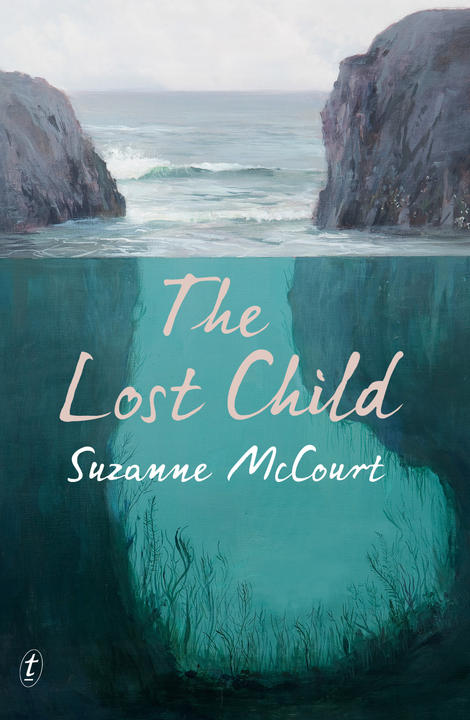 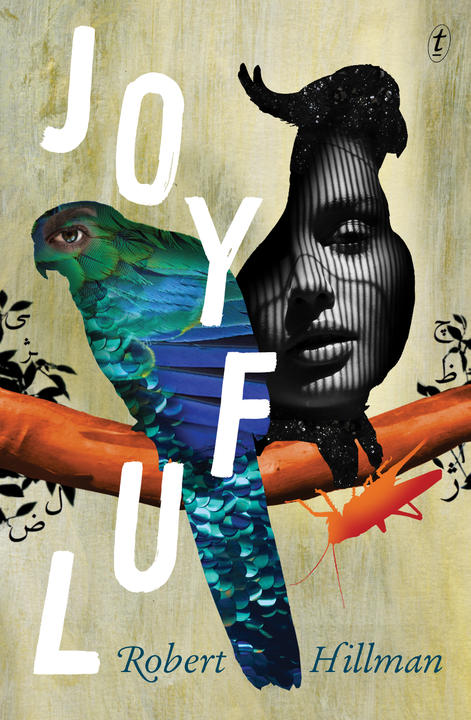 Titles I’m especially excited from our list this year include An Unnecessary Woman by superstar Rabih Alameddine, about the irrepressible Aaliya who lives alone in a Beirut apartment with her books; the lost and mercifully found Elizabeth Harrower novel, In Certain Circles, an elegant and cutting tale of identity, isolation and fallen truths set on the north side of Sydney Harbour; our breathtaking 2013 Text Prize winner, The Minnow (a must-read); Darrell Pitt’s hugely enjoyable homage to Sherlock Holmes, The Firebird Mystery; and a new non-fiction title from Helen Garner in September.

It doesn’t stop there. The sequel to our runaway 2013 hit, The Rosie Project, is out in October. We’ll also see a book from Geraldine Doogue of revelatory ‘360° interviews’ with the most powerful women in Australia, and Elena Ferrante’s third installment in the Neapolitan series, Those Who Leave and Those Who Stay. Phew!

There are so many great books coming in 2014 it’s hard to narrow it down to a few, but some highlights for me will include Suzanne McCourt’s The Lost Child, a debut Australian novel that is both beautiful and haunting. In May I’ll be excited about the release of Elizabeth Harrower’s long-lost novel, In Certain Circles, which she wrote in 1971 but never published. Chris Flynn has his second novel, The Glass Kingdom, out in June and I’m sure it’ll be just as hilarious and entertaining as his debut, A Tiger in Eden. Also in June we’re publishing our 2013 Text Prize-winner Diana Sweeney’s first novel, The Minnow, which was a joy to find among all the entries and continues the Text Prize’s tradition of finding strong YA voices. And then in September, the long-awaited and highly anticipated new work of non-fiction from the brilliant Helen Garner will hit the shelves: the countdown starts now.

Any year that sees a new release from Helen Garner is a good year, so 2014 is going to work out okay on that basis alone. Add in a never-before-published novel by Elizabeth Harrower (In Certain Circles) and a mind-blowing book of short stories by Rebecca Lee (Bobcat and Other Stories) and we’re well and truly racing. And that’s before we’ve even discussed Wayne Macauley’s Demons, Nic Low’s short stories, new books from Graeme Simsion and S. J. Watson, the third book in Elena Ferrante’s Neapolitan series…if you’ll excuse me, I may have to have a few little lie-downs through the year. It’s all too much.