Your basket is empty
Shopping Basket
Review and Check Outright
Aunty Gail Dawson’s launch speech for SAND TALK: How Indigenous Thinking Can Save the World
Posted on 1 October 2019
Tweet thisShare on Facebook 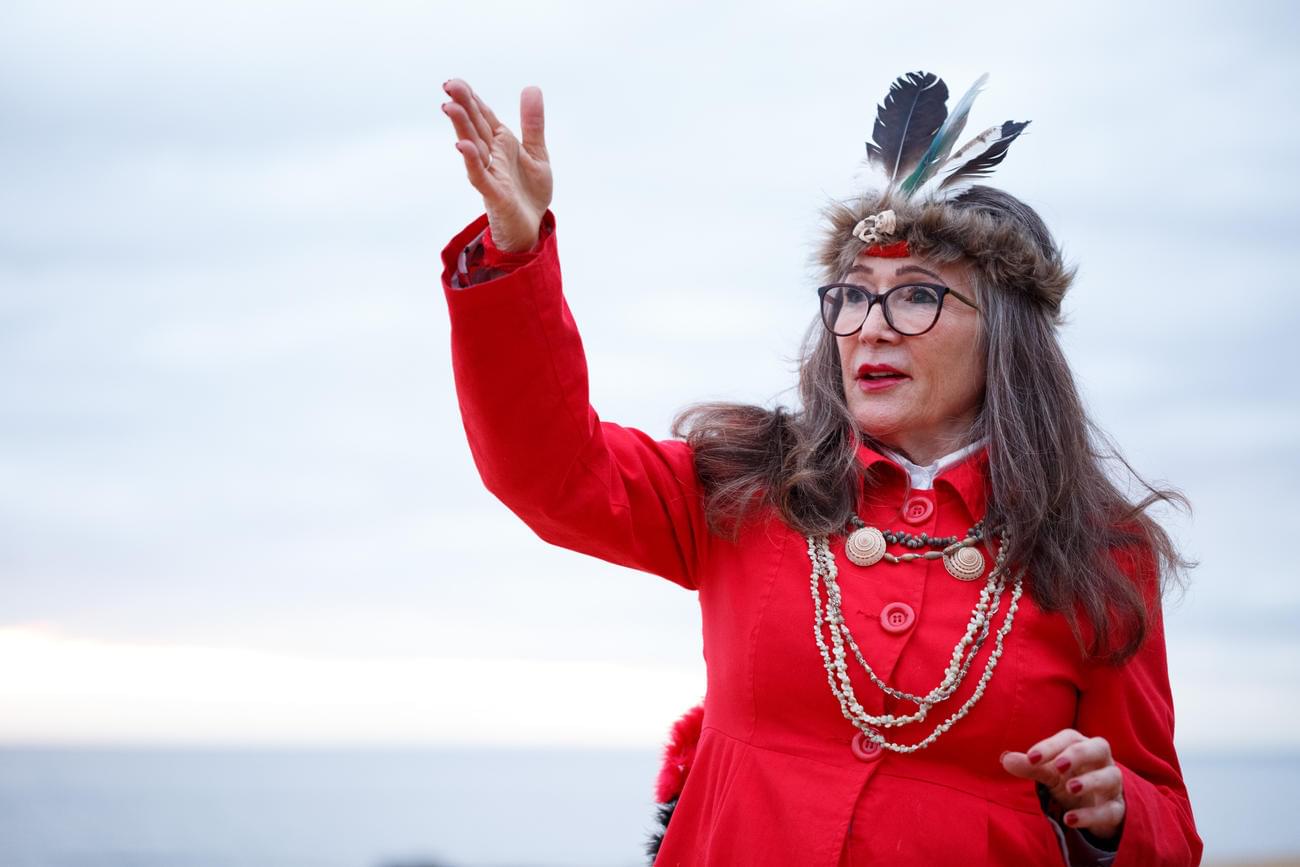 Some weeks ago Tyson Yunkaporta’s Sand Talk: How Indigenous Thinking Can Save the World was launched at the Sandringham Croquet Club in Melbourne. It was an unusually warm, windless evening and the launch was noticeably different. The croquet club, an establishment nestled behind beach scrub along Port Phillip Bay and steeped in 1970s beach-house charm was chosen because it was located in a significant place for the Boonwurrung people. Close friends, family and Aboriginal elders featured in Sand Talk were in attendance, having flown in from different parts of the country. As Lyn and Lyn, croquet club volunteers, languidly moved croquet balls around the pristine lawn, the few Texters in attendance hustled in the tiny club-house kitchen to ensure everyone was fed and watered. It was a family affair. But the highlight of the evening was the smoking ceremony and Welcome to Country held on the beach, shoes off, against the backdrop of a setting sun, by Aunty Gail Dawson with Old Man Juma. Naki Juma summed up the launch perfectly, as ‘both the continuation and the beginning of something good, bringing people together to restore Creation, all as it is meant to be’. We wish we could share all the words spoken during the ceremony. So to give you a sense, Aunty Gail gave us permission to share her launch speech, which is just brilliant.

I claim this man as my nephew, my kin and I will speak for him and his words. I claim this miyalk as my kin, my waku. I am Aunty Gail Dawson. I’m Kunwarra, the old black swan. I’m also Karimarra and Gamanydjan but really Nonda, this shell. My grannie Naynaygurrk was stolen from Point Nepean in 1834 and taken to King George Sound. We made our way back here. We call it the voice of our Ancestors. I think you hear it too.

That voice has brought us here, to this room with you because we all believe there’s a big job for us to do. Tyson has called it ‘saving the world’ but when you read how we think of the world, you know it means the stars, the planets and the cosmos, the past, future and this breathing universe.

We are ‘strange attractors’. We are looking for a way to create a chain reaction, making something good. Not just for us but for the universe. But here we need to be careful not to be Emu. Emu is thinking about how fabulous, how smart, how strong and I know more. If they would just listen to me…But Emu wrecks everything because that’s not how the pattern goes. We need other people and the plants and the rocks and the spirits and the stars and the snails, the bees and the flies and the cane toads.

‘If we allow the I-am-greater-than deception to enter this process, all is lost’ p.119.

Do you get frightened when you’re going to fight for justice, for a good world? I do. Tyson bravely admits this and gives us this from the Old People: Take your eye off yourself and share and it’ll be OK. Look at us here tonight. Here is our people. When you wake up at night thinking about the righteous fight you want to start, think of us. Call us. Take your eye off yourself. Also, it’s not a sabre-tooth tiger attacking you—it’s a dumb ass emu.

Emu is good to eat and when I shot emu and brought it to camp it was good, cooked in earth oven. I shot kangaroo, pig and I hit goanna on the head. Here is the violence that Tyson is brave enough to throw up in our faces as part of life. When you go to Coles or the organic butcher or Foxes Den, that’s a creature you’re eating. The sweet potato also wants to stay in the ground and keep reproducing, just like us. We are just walking and wondering and wanting a feed and love like every other being. The best we can do is to be kind and tell the truth about who we are being. When we eat another creature, we honour that life and consider our guts—which also have their own life and being.

My other word is this. Look at what Tyson says about being busy. Stop running so fast that you don’t even see the plants, the ground, the birds and other creatures. I’m not kidding. It’s good to work and be strong and healthy but Tyson tells us what we truly know—it’s not how we’re meant to live. This is something we have been inducted into so we don’t ask about who has taken more than their fair share. Indigenous communities work about four hours a day gathering food then sit, play with the kids, laugh, make beautiful things, talk and watch the patterns of the universe.

We are not saying that we know the best way. Tyson’s sand talk with you is just saying: think about this. Look at the patterns and think about how this could be different. Listen to the ideas you don’t like, the ones that make you angry. To keep our pattern open and not eat our own tail, we need to listen to those who say the things that we don’t like.

Let’s share our patterns of knowledge and TRIGGER (wayibu winth) the ancestral knowledge inside. The thing we need is not learning about Aboriginal Knowledge but remembering your own Ancestral Knowledge.

View photos of the launch by James Henry Photography. 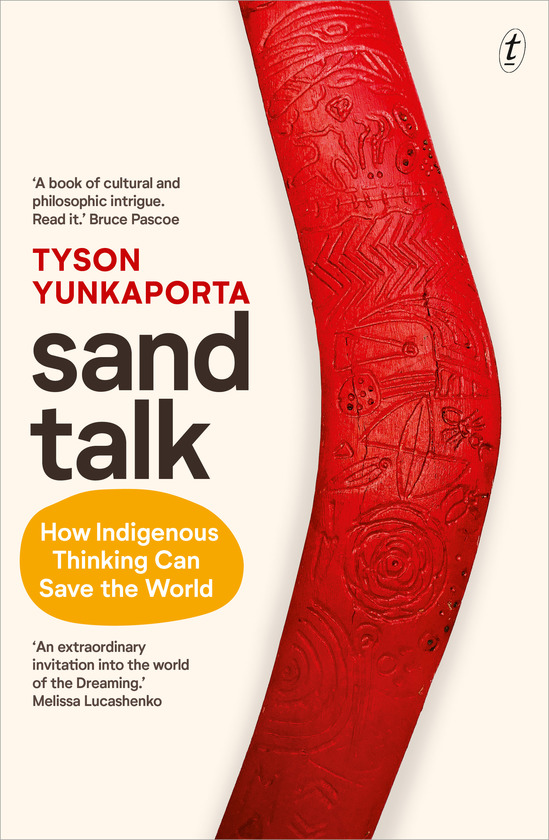