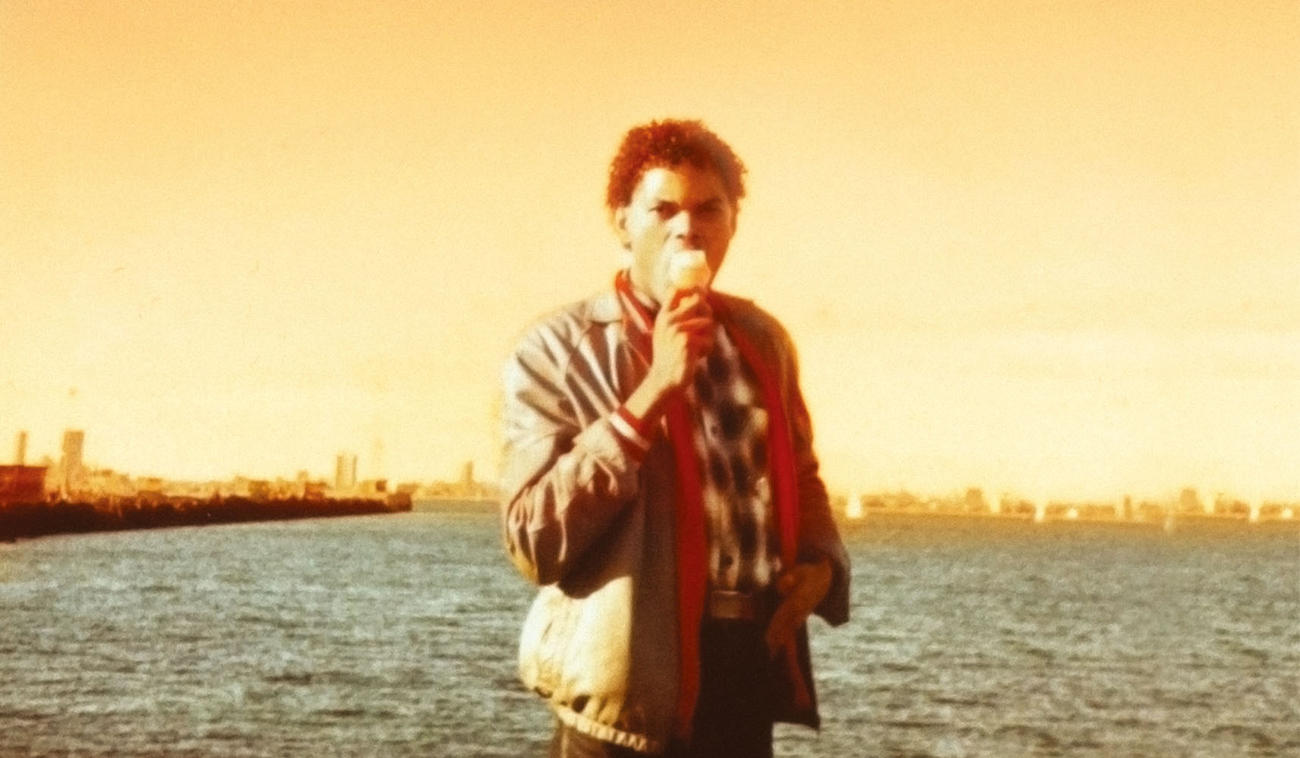 First published in 1993, Take Me to Paris, Johnny, is an unforgettable memoir of love, loss and humanity. It tells the story of Melbourne historian John Foster and his six-year love affair with Cuban dancer Juan Céspedes. As two men from very different worlds, Juan and John fought hard for their relationship in an era of racial and sexual prejudice, terrifying illness and bureaucratic discrimination. The Text Classics edition, published on 2 May 2016, features an introduction by Peter Craven and an expanded afterword by John Rickard. Read Peter Craven’s introduction below.

Every so often a book comes along that reverses every expectation you have about its subject matter and its presumed style and leaves you feeling humble as well as grateful. Take Me to Paris, Johnny is just such a book. It was no doubt wrong, because unthinking, to imagine that a book about a lover, dead of AIDS, was bound to be both sentimental and depressing, but there was no particular reason to imagine that the historian John Foster would produce a homage to his partner Juan Céspedes which is not only some kind of literary masterpiece but a work of such grace and gravity, filled with such sparkle as well as sorrow, that it is, to my knowledge, unparalleled in Australian letters.

It begins with the narrator journeying to Cuba, the homeland of his lover, now more than a year dead, and the prose warns us that we are in the presence of a writer it would be insulting to describe as a stylist because he is so much more.

From Santiago de Cuba the road ran east through the central valley of the province. The country was exactly as I wanted it to be—red earth, banana plantations and hills that were crowned with a darker canopy of royal palms. Across the rising terrain to the north lay the Sierra del Cristal where Fidel Castro’s brother had opened up the second front of the Revolution. Ahead, beyond the hills, were the Atlantic beaches of Baracoa where Columbus once claimed the island for the Spanish Crown. In the cathedral of the town—so they say—is preserved the cross that he planted in the sand. Later, when it was encased in precious metals and exposed to the veneration of the faithful, it brought them good fortune. Or, to put the matter more circumspectly, it rendered their fortunes less evil than they might otherwise have been. This was no mean blessing, for it is difficult to conceive how they could have borne more suffering than they did endure: slavery, revolt and civil war. Since the triumph of the Revolution, according to my driver, the efficacy of the cross had declined. By what measure this diminished power was established he did not say, and I reflected privately that in matters of unbelief a certain scepticism was required.

He has come to see the mother of Juan, a woman whose letters bespeak a passionate if stony dignity. ‘I must tell you that on Mother’s Day I received no letter from you which gave me great pain,’ she had written when she thought he was still alive. But he had died of AIDS, in Melbourne, Australia, aged thirty-three, and John Foster had buried him in Kew Cemetery. ‘Sacred to the memory of Juan Gualberto Céspedes’ were the improbable words inscribed on Gosford sandstone, in that countrified suburban place of the dead.

But it is not by any means a funereal account of a life that Foster unfolds, even though the story of Juan’s last days is very affecting. Juan was a sickly child, scarcely at home in Castro’s Cuba, a blithe and lyrical dancer who left the National Ballet School there under some sort of cloud. ‘Johnny,’ he would say to Foster in Manhattan, ‘I didn’t do nothing!’

He seems to have been a creature of grace, childlike but full of attitude, leaving a deep impression on those he touched, however lightly. Shakespeare says somewhere that he’s a fool who trusts in a boy’s love and the Juan who rises from Foster’s pages as a great tragicomic figure was always a boy it seems, though the book Foster has written is a book of wisdom that does its subject proud. After his death one of his old boyfriends wrote to Foster from New York, ‘I sense from your account…that many people are increased in their humanity because of Juan’s presence among them.’

The logic of this wholly unsentimental book is to persuade us how this might have been so. It works because Foster has effected an extraordinary imaginative glow which somehow bathes the figure of Juan; for all his petulance and extravagance he is treated with a subtlety and richness, a play of light and dark, normally reserved for characters in the upper levels of fiction.

We follow Juan through a summary of the rattiness of his New York existence (tawdry and magnificent, by turns) among the spirited queens striving to get by. Foster negotiates this life of Juan before the life he shared with him with sure-footedness and narrative grace, exhibiting a writerly assurance few novelists can match.

If someone else, some stranger, were telling Juan’s story, I expect their chapter might finish here, at the very nadir of his fortunes. That would accord with Juan’s own sense of things, and give due weight to the crucial event. And it would restore a fairer balance, some better proportion to the recollections of his life; because already it was more than two-thirds spent.

But this story is also my story, and has my memory’s shape. And so it continues, relating all those things that happened in New York before we met. Before we began to join our lives.

This looks like the technique of fiction, this cadenced prose with its air of impending fatality, but its predetermined effects are not only the facts of Foster’s life, they are also something he never presumes on (or fails to recreate), such is the artistry of his narrative. Passages like this sound reminiscent of the David Malouf of Johnno, which some of us think is his best book, but Foster has a story which is not only true but which is erotically unashamed and indisputably calamitous. It would be ridiculous to style this as an advantage but his book will certainly bear comparison with Malouf’s. Indeed in its sustained elegance, its relative freedom of form and its easy command of dialogue and anecdote as well as in its absolute credibility, it can sometimes seem superior.

The coming together of the two men is done sparely and without excessive emphasis and there is no mawkishness through the stages of emotional delineation. They determine to go back to Australia together, though the narrative manages to sustain its electricity through Juan’s various, more or less drama-queen-like reactions, to the difficulties and humiliations that befall him as he follows Foster around Britain and Europe. Throughout the depiction of all this Foster shows remarkable command of tempo and an effortless ability to keep his characterisations vivid. This descriptive prose gleans with the skills of a natural scenepainter, a born travel writer with a potentially virtuoso technique in the manner of Patrick Leigh Fermor who nevertheless has the very un-Australian virtue of restraint, a man who is content to show what language can do rather than what can be done with language.

I flew into New York with the snow. Five years earlier, on my first visit, I had detested the wornout February snow, packed hard and piss-stained where a thousand dogs had walked their owners on the streets. It had seemed like a two-toned city, yellow and grey like the ribbons that had still been fastened to the street trees to celebrate the release of the Middle East hostages and the end of the ‘444 days of degradation’.

Foster is a sharp-witted stylist, sparing of his own and anyone else’s linguistic jewels. The last movement of the book, from the moment when Juan is diagnosed as HIV positive until his death, has enormous concentration and dramatic punch, though it is everywhere enlivened by perceptions which are on the verge of being tart. An officious doctor forces the homosexual couple to think of last things when she says, ‘I want to talk to you about AIDS…It will help you to plan your lives,’ and Foster reflects, ‘Was she pronouncing a sentence of death already?’ and later, when the end is near, he thinks with something close to hatred of Juan having to confront the TV image of the Grim Reaper (‘this fantastic cowled creature, socket-eyed and scythe-swinging’) as he lies on his actual deathbed.

Throughout the never simply sombre description of these last days, poignant with Juan’s reiterated fear of dying, there are vivid snatches that dramatise the situation, visually and complexly, within a social field—as when he appears at a dance in his old New York fur coat or when he hears himself named among the sick for whom prayers are offered on Palm Sunday—which he insists on attending in the Anglican church they both frequent—and says hearing his name, quite audibly, ‘Take away this pain.’

There are moments of comedy in the midst of blackness and moments of black comedy. And indeed, much of what makes this book such a magnificent piece of writing is its refusal to gainsay the terrible quality of what happened. ‘And then, most cruelly, in a way that I found unbearable he was assaulted, battered with the idea of death.’ That’s Foster’s description of the Grim Reaper on TV. Juan tells him not to turn it off. It won’t last long, he says.

The deathbed scenes are remarkable, not least for the description of this dying bird of paradise achieving patience in the midst of it all—it being fear of death and of futility. ‘Out of that patience’, Foster writes, ‘came the greatest sadness, a sadness that lodged in me it seems for ever…’

And then at last, more than a year later, there is the journeying to Cuba, to the mother who had said, ‘I hardly remember your face but I hope to embrace you before I die.’ 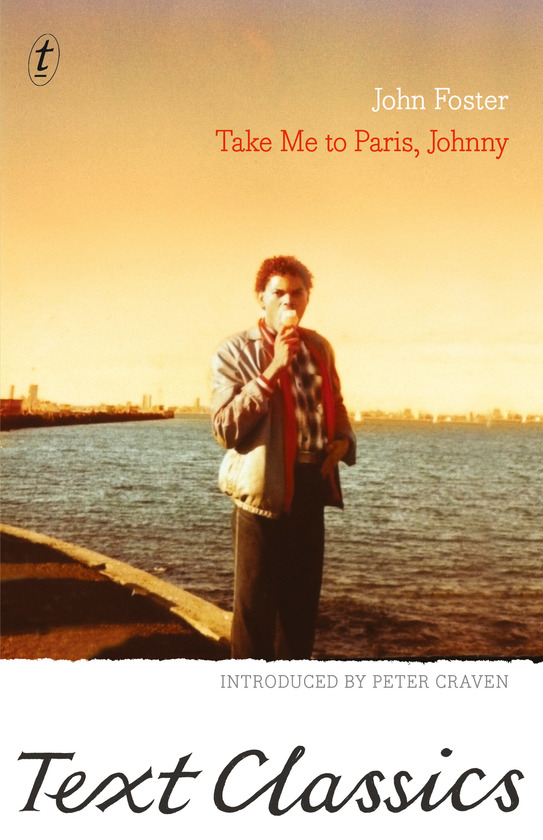 Take Me to Paris, Johnny

It should be clear that I have a high opinion of Take Me to Paris, Johnny. It is a memoir which yields nothing to fiction in the imagination it displays and in the power and sweep of the emotions it depicts and conveys. Indeed it makes most fiction, here or elsewhere, look paltry by comparison. This is a book full of the accents of comedy which is nevertheless as tragic as an intimate account of everyday life can be. It is a book full of intelligence and laughter which is also deeply—never depressingly—sad. It’s difficult to imagine a reader who will not feel in John Foster’s debt.