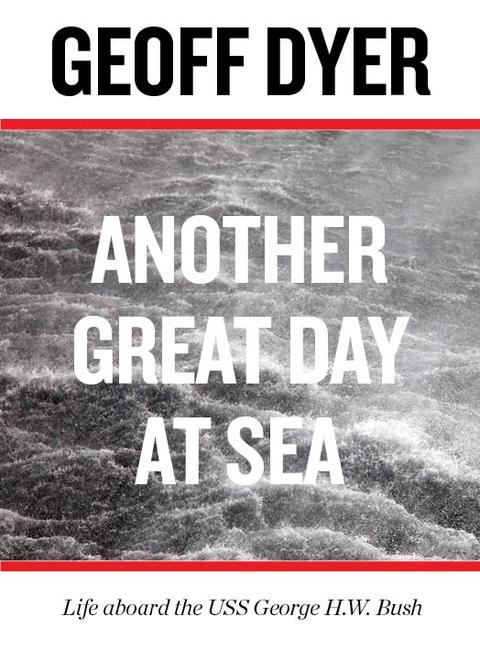 Geoff Dyer experienced one of the most unusual literary residencies we’ve heard of—he got to spend time on the aircraft carrier USS George H. W. Bush, navigating the routines and protocols of ‘carrier-world’, from the elaborate choreography of the flight deck through miles of walkways and hatches to kitchens serving meals for a crew of five thousand to the deafening complexity of catapult and arresting gear. Like all Dyer’s work, it defies definition—and shows why he is one of the most original writers working today.

‘The thing about aircraft carriers is that they’re big.’ The New York Times interviews Geoff Dyer before the release of Another Great Day at Sea.

The Millions calls Geoff Dyer ‘a unique and compelling stylist, and a charming reporter,’ adding, ‘Dyer seems to have an absolute bang-up time on this assignment, and it’s a pleasure to go along with him.’

‘His book is a sustained exercise in observation of which the lieutenant commander might be proud,’ says the Guardian. ‘One advantage of Dyer’s attention to the minutiae of this strange world is the continual surprise of his descriptive powers; he approaches on-board rituals with an art critic’s eye that sometimes renders Steele-Perkins’s powerfully constructed photographs redundant.’

Flavorwire talked to Geoff Dyer about Another Great Day at Sea, and offered this guide to where to start with Dyer’s work.

‘Dyer, at his best, is outstanding,’ says Kathryn Schulz in her excellent review of Another Great Day at Sea for Vulture. ‘He is one of our greatest living critics, not of the arts but of life itself, and one of our most original writers—always out there beyond literary Mach 1, breaking the how-things-usually-sound barrier.’

Another Great Day at Sea is available now in ebook only.