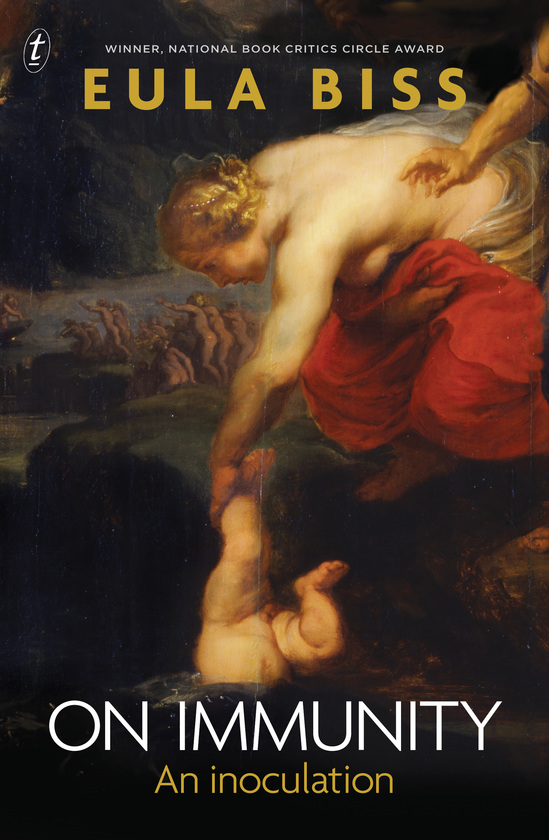 'I just read this book called On Immunity: An Inoculation,' says Bill Gates. '[It's] so well written, it’s unbelievable.'

'[Biss] advances from all sides, like a chess player, drawing on science, myth, literature,' says the New York Times Book Review. 'What she seems to be suggesting is that knowledge isn’t an inoculation. It doesn’t happen just once. There are things that must be learned and learned again, seen first with the mind and felt later in the body.'

On Immunity is an 'elegant, intelligent and very beautiful book,' says the LA Times. '[It] is elliptical, elusive, neither collection nor narrative exactly but more a set of questions about how we frame our interactions with the world.'

'Biss’s project, it turns out, is far grander than a simple explanation of the facts,' says the Millions. 'On Immunity is as much a book about trust as it is a book about vaccines.'

'On Immunity might be classified as a work of deep ecology,' says the Rumpus. 'It sees, for example, the body as a garden, the immune "system" as a tidal ebb and flow, and immunity as inseparable from community.'

'It seems clear from her tone that Biss has thought and felt much, but she is always in complete control of her material, able to look at it from many angles, including personal ones, while creating a voice that is both thoughtfully distanced and empathetically warm,' says Rebecca Hussey at Full Stop. 'This is an important book not only for what it says about vaccines, but for all it illuminates about our culture more generally, and for how it shows that we can argue without declaring war on one another.'

On Immunity: An Inoculation is available now in bookshops and online.