Your basket is empty
Shopping Basket
Review and Check Outright
Down with School! Bring on the Dystopian Futures!
Posted on 19 January 2017
Tweet thisShare on Facebook 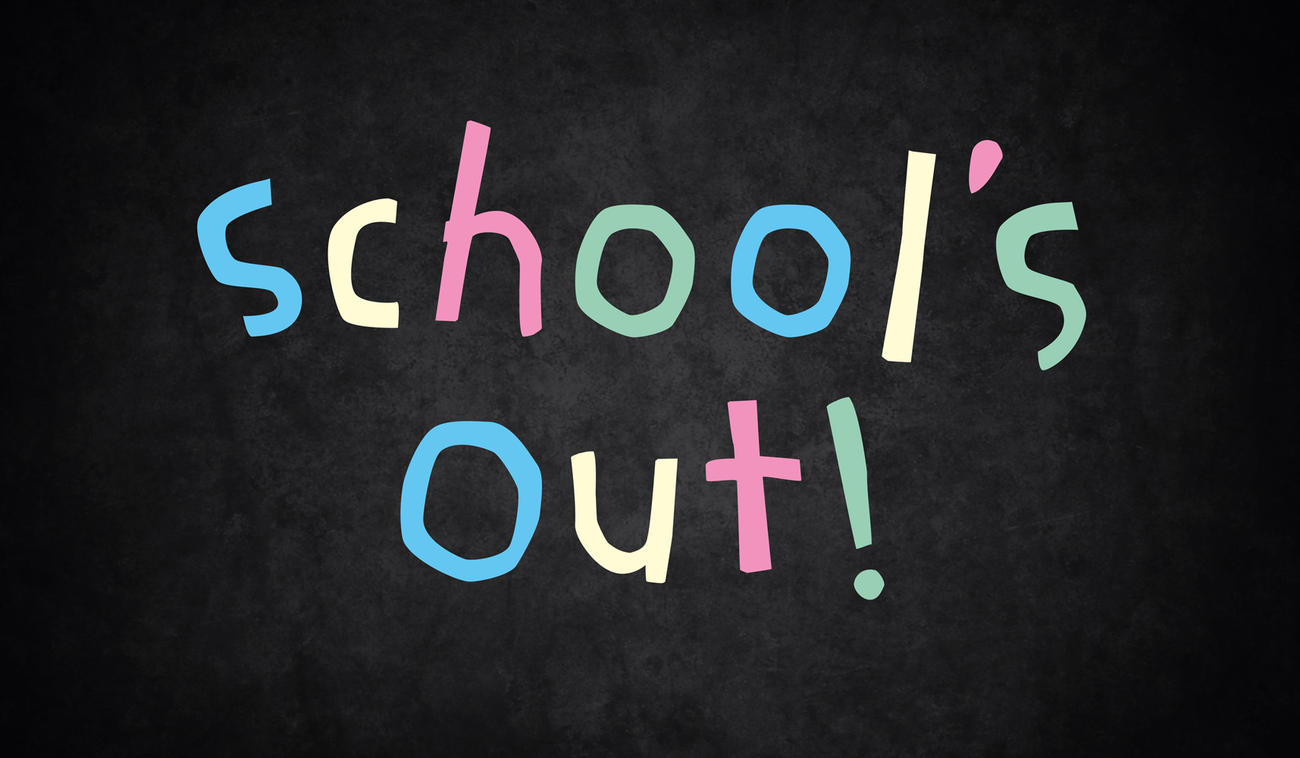 Okay, not really. But it’s getting closer. There’s no getting out of it. Or is there?

Try being in one of Text’s brilliant dystopian books and see how you like it. We’ve got alternative universes galore where school is just isn’t an option.

But remember, with no school comes great responsibility. Have a read of these and maybe you’ll reconsider getting out school for the day… 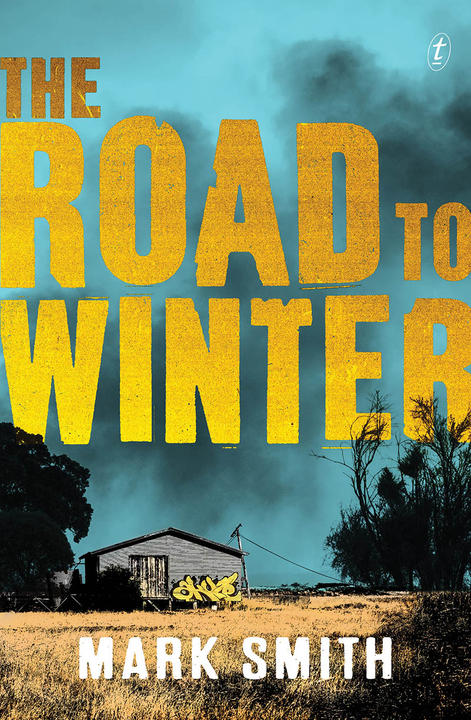 The Road to Winter by Mark Smith. We can’t get enough of this book here at Text. Really. We love it and we’re excitedly waiting to get a peek at the sequel. (I’m talking to YOU Editor who is guarding this manuscript and won’t let me read it yet!)
The Road to Winter tells the story of Finn, who lives alone with his dog Rowdy in a coastal town after his parents and most of the community have been wiped out by a virus and the violence that followed in its wake. The one pleasure in Finn’s lonely life is surfing—and it’s when he’s out on the sea on his board that he sees a young woman run out from the bush. Adventure, survival, friendship and love—or something like it—make The Road to Winter a thought-provoking story about the strengths and weaknesses of the human spirit and what we will do to survive.
‘Mark Smith spins an enthralling tale of survival, the distinctly Australian backdrop of a coastal town setting it apart from other, generic post-apocalyptic titles.’ YA Wonders

I don’t think Finn is going back to school anytime soon on account the gangs roaming the bush and general post-apocalypticness. 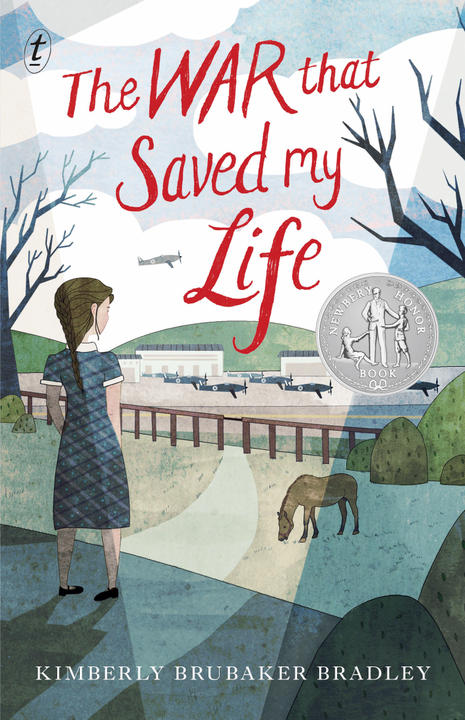 The War That Saved My Life by Kimberley Brubaker Bradley. Don’t tell anyone, but we (okay, I) spent most of this book crying my eyes out. Again, this is a Text favourite and, again, there’s a SEQUEL that we are dying to get our paws on. The Blitz: bombs being dropped on London in World War II. If there’s anything that’s going to close up schools, it’s that. The problem is that nine-year-old Ada has NEVER left her one-room London flat: her mother is ashamed of Ada’s twisted foot, and never lets her outside. So when her little brother Jamie is shipped out of London to escape the war, Ada doesn’t waste a minute—she sneaks out to join him.
So begins a new adventure for Ada, and for Miss Susan Smith, the woman who is forced to take in the two children. As Ada teaches herself to ride a pony, learns to read, and watches for German spies, she begins to trust Susan—and Susan begins to love Ada and Jamie. But will their bond be enough to hold them together through wartime? Or will Ada and her brother fall back into the cruel hands of their mother?
Now, we’re NOT saying, ‘Get out of school any way you can so you can read all of this in one day.’ We’re definitely not saying that. But if you did, we’d put in a good word to your parents about it. And if they don’t understand, tell them that the Wall Street Journal said this about it: ‘Achingly lovely...Nuanced and emotionally acute, this vivid tale from the wartime home front will have readers ages 10-14 wincing at Ada's stumbles and rejoicing to the point of tears in her victories.’ 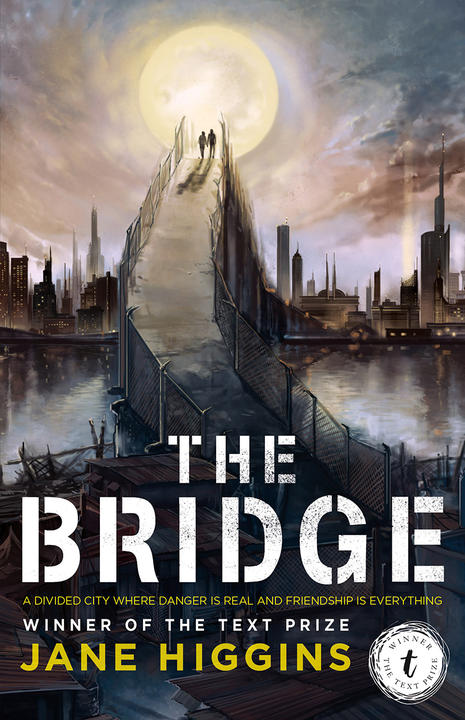 The Bridge by Jane Higgins is Text Prize winner. That’s how much we like it. When your school does get bombed, what happens then?

The city is at war.
Southside, the hostiles live in squalor and desperation. They’re hungry to cross the river. Cityside, Internal Security is in charge. Its job—keep the hostiles at bay.
It recruits only the best for its elite command and Nik is smart. Very smart. So why is he rejected?
Before he can find out, his school is bombed. The hostiles take the bridges and kidnapped Fyffe’s brother Sol.
Now Nik is on the run.
And Fyffe is going with him.
Across the bridge.

Okay, well, we’re not going across that bridge. Good luck to Nik and Fyffe, we say. We’re off to hide in our cosy office.

‘The Bridge, is brilliant. Every sentence is skillfully crafted, with just enough left unsaid that the reader is always hungry for more…This is a breathtaking first novel.’ Junior Bookseller & Publisher 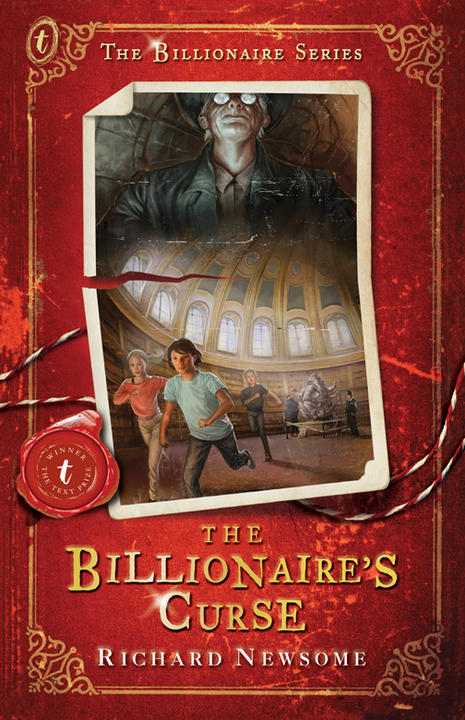 The Billionaire’s Curse by Richard Newsome. Another Text Prize winner and an oldie but still a goodie! And there’s six books in this series! If you inherit twenty billion pounds from a great aunt you’ve never met, it should mean you don’t have to go to school anymore. I’m going to start being much nicer to all my great aunts that I’ve never met. But then there’s always that problem of the bundle of envelopes that she leaves you in her will, isn’t there?
Was she murdered? Who stole the diamond? And what is the mysterious casket that everyone seems to be looking for?
With the help of the Valentine twins—the rat-fearing Sam and the gymnastic champ Ruby—Gerald’s got a mystery to solve. A mystery that will take them into secret passageways, a musty bookshop, an ancient crypt, a ruined tower and a colossal cavern where the secret of a priceless treasure lies protected by deadly booby traps.
The Billionaire’s Curse is an irresistible adventure story with an array of curious characters, ancient folklore and a whodunnit. Young and not-so-young adults, get ready to stay up late.

‘The Billionaire’s Curse was such an awesome book. I adored it! It was very interesting. It was like half action and half mystery. My favourite part was at the end when they are at the place where the casket is. I read it in exactly two and a half days.’ Declan, aged 10

We at Text completely agree with Declan. 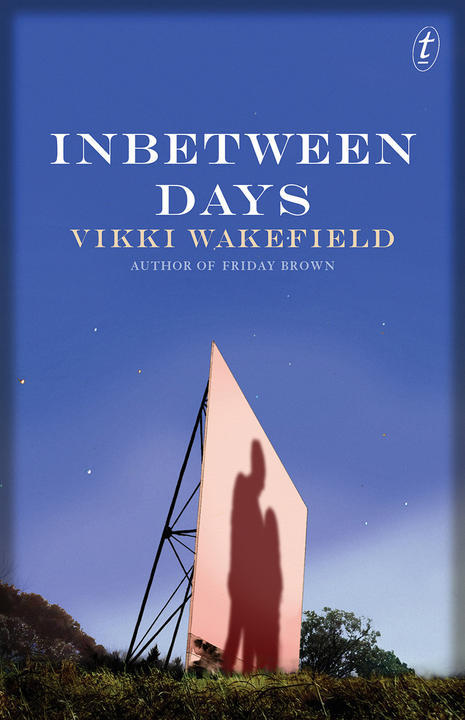 Inbetween Days by Vikki Wakefield. Okay, this isn’t dystopian but it’s about life in rural Australia and growing up there can be tough.
We suppose that one way to get out of going to school is to quit. At seventeen, Jacklin Bates is all grown up. She’s dropped out of school. She’s living with her runaway sister, Trudy, and she’s in secret, obsessive love with Luke, who doesn’t love her back. She’s stuck in Mobius—a dying town with the macabre suicide forest its only attraction—stuck working in the roadhouse and babysitting her boss’s demented father.  Inbetween Days is a beautifully honest, real and utterly Australian novel about love, family and an abandoned drive-in.
We don’t recommend the dropping out option, but this is a fantastic read regardless.

‘Vikki Wakefield has done it again. She’s gone and taken my breath away with another exquisite book…This is the sort of writing everyone who doubts the power of YA should read. Without a doubt, Wakefield is one of Australia’s best writers.’ Unfinished Bookshelf 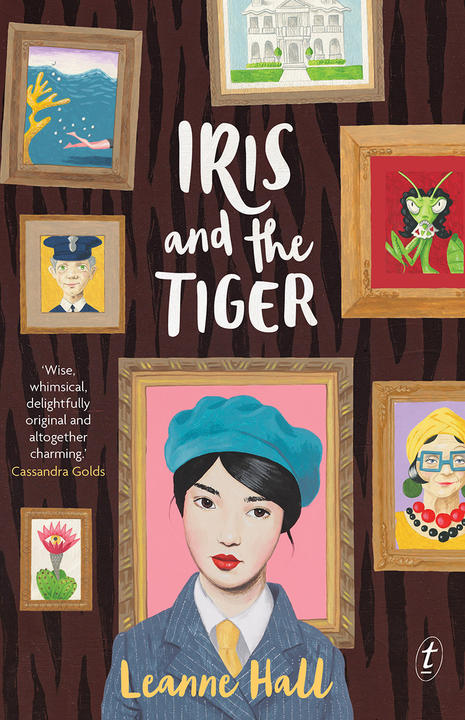 Iris and the Tiger by Leanne Hall has a marvellous solution to getting out of school. Get sent to Spain to be a spy. Unfortunately this trip isn’t all that good-intentioned. Twelve-year-old Iris has been sent to Spain on a mission: to make sure her elderly and unusual aunt, Ursula, leaves her fortune—and her sprawling estate—to Iris’s scheming parents.
But from the moment Iris arrives at Bosque de Nubes, she realises something isn’t quite right. There is an odd feeling around the house, where time moves slowly and Iris’s eyes play tricks on her. While outside, in the wild and untamed forest, a mysterious animal moves through the shadows.
Just what is Aunt Ursula hiding?

We’d definitely be up for this kind of wagging. 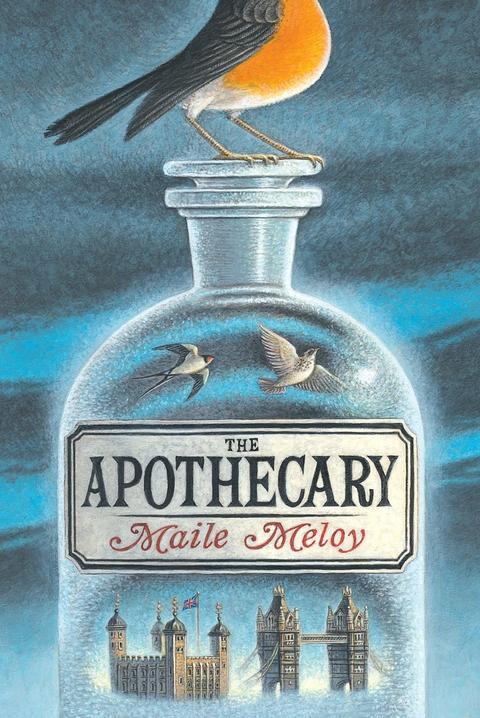 Saving the world from nuclear war—surely that’s a valid excuse? The Apothecary by Maile Meloy has this angle covered. It’s 1952 and the Scott family has moved unexpectedly from Los Angeles to London. Janie feels uncomfortable in her strange new school, until the local apothecary promises her a remedy for homesickness. But the real cure is meeting the apothecary’s son Benjamin.
Benjamin’s father is no ordinary apothecary, and when he’s kidnapped, Benjamin and Janie find themselves entrusted with his sacred book, the Pharmacopoeia. And it seems that Russian spies are intent on getting their hands on it.
What secrets does the book contain? Who is the Chinese chemist Jin Lo? And can they trust a skinny pickpocket called Pip to help them?
Discovering transformative elixirs they never imagined could exist, Janie and Benjamin embark on a dangerous quest to save the apothecary and prevent an impending nuclear disaster.

The world needs saving. Janie and Benjamin have to do it. No school for them. 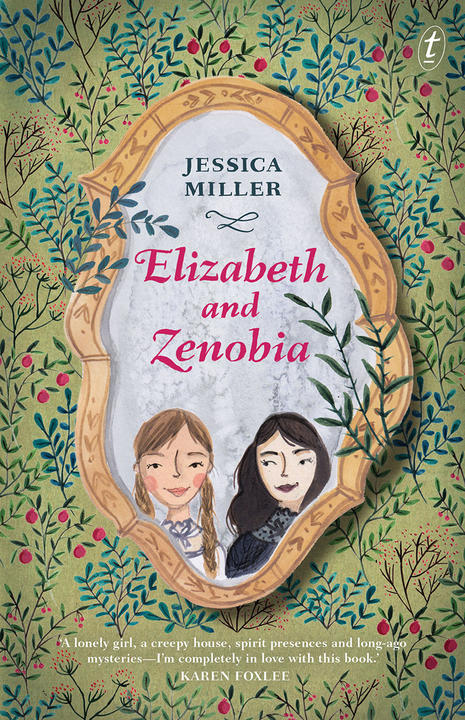 Don’t be fooled by the glorious cover of Elizabeth and Zenobia by Jessica Miller. It hides a dark and twisted tale of an old mansion, wallpaper that comes alive and a most peculiar friendship. When your father moves you to Witheringe House and you have to explore its hidden secrets in order to solve the mystery of a missing aunt, school kind of gets left by the wayside.
Elizabeth and Zenobia is a gothic fairy tale that is an adventurous, atmospheric and sweet story about friendship, the differences between us, and the divides between real and imagined worlds.
‘Things do get a bit scary near the end. Then they get a bit lovely. Zenobia, in all her gruesome glory, is a wonderful character and the story has just the right amount of horror for young readers to handle.’ Otago Daily Times

Oh Zenobia, if it wasn’t for you and your wicked ways, we’re sure Elizabeth would be safely in school and not chasing after lost souls. 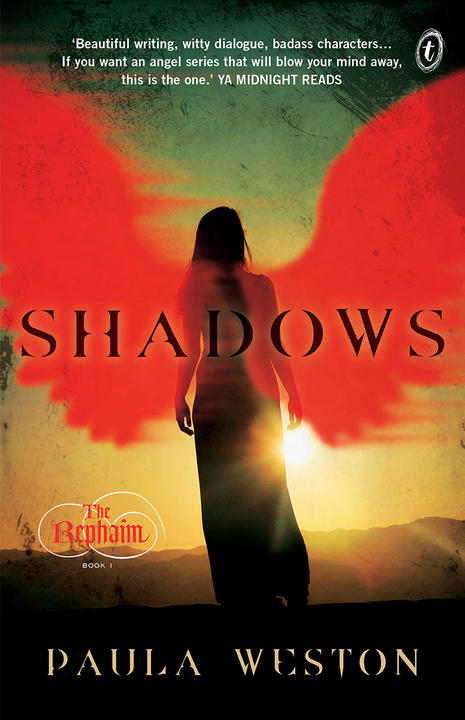 If none of the above are dystopian enough for you then we've got Shadows: The Rephaim, Book 1 by Paula Weston. What do you do when you have amnesia and an incredibly hot guy turns up and tells you that, in fact, you’re hundreds of years old and if you don’t remember what happened to you really soon, then a lot of bad things are going to happen? First, you make sure that you don’t go anywhere near a school because people who are that old shouldn’t be in school.
It’s almost a year since Gaby Winters watched her twin brother die. Her body has healed in the sunshine of a new town, but her grief is raw and constant. It doesn’t help that every night in her dreams she fights and kills hell-beasts. And then Rafa comes to town and tells her things about her brother and her life that cannot be true, things that are dangerous.
Who is Rafa?
Who are the Rephaim?
And who is Gaby?
The truth lies in the shadows of her nightmares.

‘Shadows is like a breath of fresh air in an over-saturated market, and I urge any paranormal fiction fans to pick up a copy immediately.’ Wondrous Reads

And yes, there are plenty of sequels in this series.

Now, are you ready to reconsider your plans to avoid school? Or did we accidentally give you eight perfectly good reasons to go and find somewhere private to curl up with a spectacularly great read…