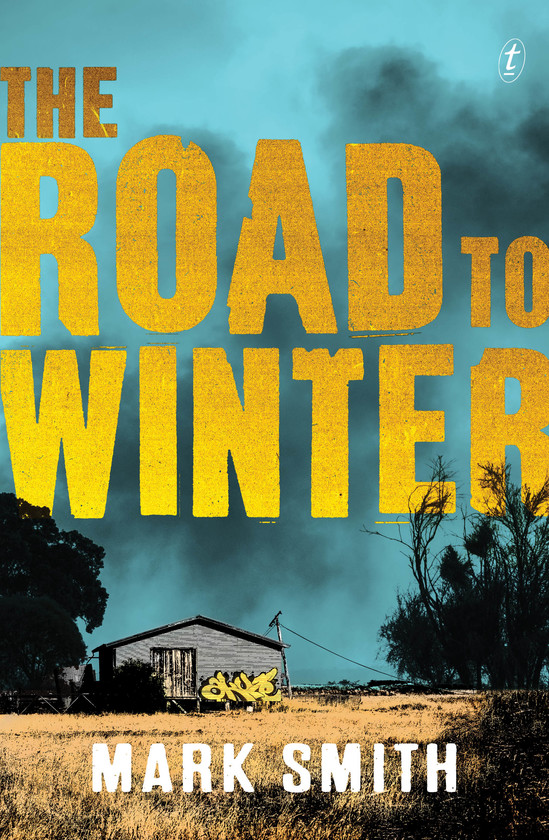 The Road to Winter

Since a deadly virus and the violence that followed wiped out his parents and most of his community, Finn has lived alone on the rugged coast with only his loyal dog Rowdy for company.

He has stayed alive for two winters—hunting and fishing and trading food, and keeping out of sight of the Wilders, an armed and dangerous gang that controls the north, led by a ruthless man named Ramage.

But Finn’s isolation is shattered when a girl runs onto the beach. Rose is a Siley—an asylum seeker—and she has escaped from Ramage, who had enslaved her and her younger sister, Kas. Rose is desperate, sick, and needs Finn’s help. Kas is still missing somewhere out in the bush.

And Ramage wants the girls back—at any cost. 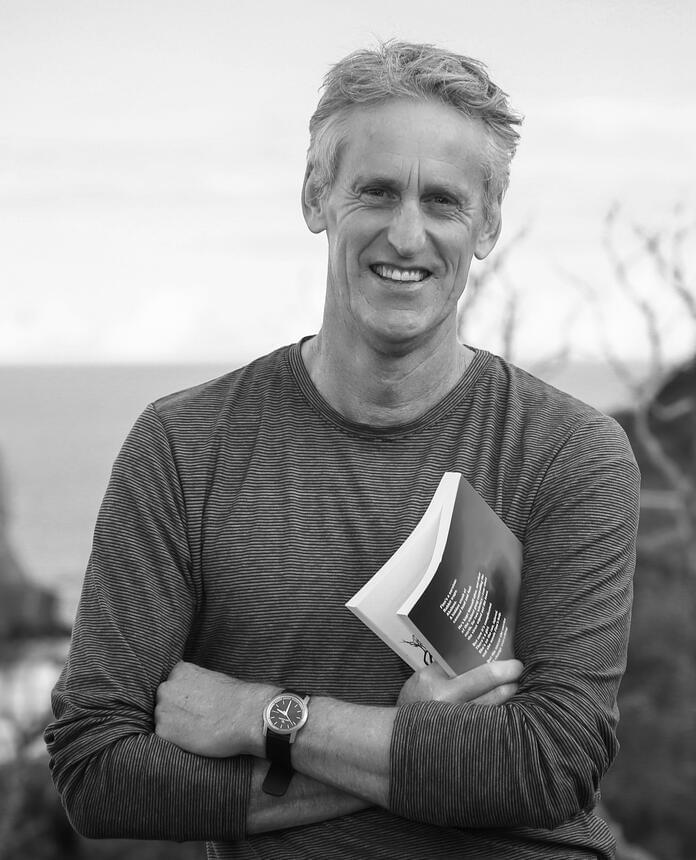 Mark Smith is an award-wining author. He lives, works and surfs on Victoria’s Surf Coast. The first book in his acclaimed Winter trilogy, The Road to Winter, is widely taught in secondary schools and loved by readers of all ages, and Wilder Country, the second book of the trilogy, won the 2018 Indie Book of the Year for Young Adults.

‘Part dystopian-future novel and part survival story, this is a fast moving and enthralling page turner for young adults, set on the Victorian coast. I could not put it down.’

‘A read-in-one-session novel. The recognisable coastal setting, a world catastrophically changed by a virus, asylum seekers used as slave labour, and the dangerous Wilders give rise to interesting issues for student discussion.’

‘Had me on the edge of my seat the whole time and I finished it in a few hours…Such a thrilling read and fantastic characters.’

‘Loved it from beginning to end…Great characters…I can’t wait to sell the pants off The Road to Winter!’

‘Mark Smith spins an enthralling tale of survival, the distinctly Australian backdrop of a coastal town setting it apart from other, generic post-apocalyptic titles. Finn was painted as intelligent, likable, and most importantly realistic.’

‘This post-apocalyptic tale has heroes and villains, humour and heartache, and plenty of excitement. It may be branded Young Adult, but it is certain to be enjoyed by older readers as well…A brilliant debut from an author to watch.’

‘Fantastic…[Smith] clearly understands what makes young people want to read and this book certainly has many of these important attributes…It is a book they will gladly consume, discuss and remember.’

‘The recognisably Australian setting and slant on socio-political issues will appeal to Australian teenaged readers. The economy of style, fast-moving plot and absence of intrusive explanations of issues will ensure that The Road to Winter is a thoroughly enjoyable experience though, like all the best speculative fiction, it leaves the reader with plenty to think about.’

‘A beautiful and intimate story… Like the best YA fiction, The Road to Winter is sure to appeal just as much to an adult audience, and I can easily see it being discussed as passionately by a local book club as a high-school English class.’

‘Aussie writers do survival stories so well—perhaps it seems that way because we can relate to their settings. In the footsteps of John Marsden and Claire Zorn comes Mark Smith’s first post-apocalyptic novel…Unforgettable.’

‘Tense and atmospheric…Mark Smith’s debut is assured, gripping and leaves you wanting more.’

‘It’s easy to see why Mark Smith’s dystopian thriller has been compared with John Marsden’s Tomorrow When the War Began. I bearly came up for breath as the pages flew. So strap yourself in for a high action ride.’

‘A riveting story of survival that questions the prices of freedom and safety as well as the value of an individual life…A breakout new series full of romance, danger, and a surprisingly engaging world.’

‘It’s been suggested more than once that dystopian fiction has had its day…but The Road to Winter is a welcome sign that there’s still life in the genre.’

<p>When I get closer I see he’s as small as me, thin as a whippet. Rangy. Hair long and ropey right down his back and falling across his face. He’s wearing an old pair of shorts and a way too big jumper.</p><p>Then he starts talking and it hits me. It’s a girl. Voice real high and panicky.</p><p>‘You gotta help me,’ she says. ‘Wilders. They’re coming. They’re tracking me.’</p>