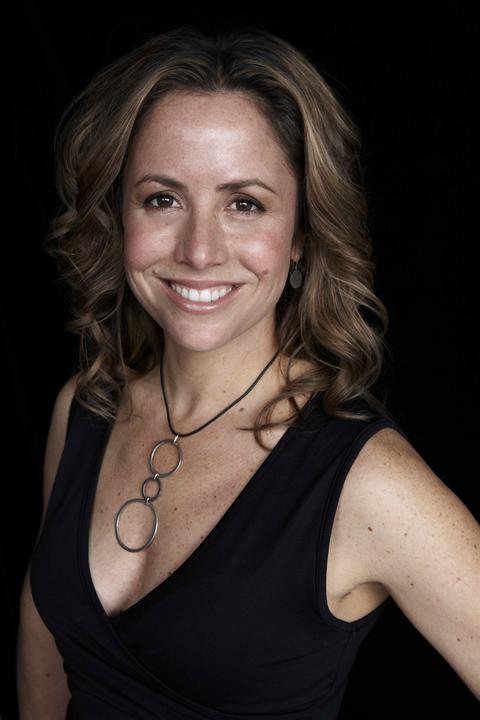 No one writes books to win prizes, but holy flip it feels astonishingly good to have won the Stella. Of all the literary prizes on offer, I reckon this one is the sweetest of all. The Stella Prize is like the Brownlow Medal of the book world: all muscle, spine, grit, determination, courage and skill with a touch of glamour. Only at the Stellas, we get to bring not only our WAGs, but also our HABs—our husbands and boyfriends. Here’s a shout out to all the fellas who have made such an effort to look so smashing tonight. My husband is unfortunately at home looking after the kids but I know he was relishing the chance to walk the red carpet with me tonight. I told him not to worry as next year the Stellas are sure to be at Crown Casino and we’ll book the babysitter heaps earlier.

First up, I have some serious thanking to do.

Hannah Kent, Anna Krien, Fiona McFarlane, Kristina Olsson and Alexis Wright and to Debra Adelaide, Gabrielle Carey, Melissa Lucashenko, Anne Summers, Helen Trinca and Evie Wyld for giving the world your beautiful, fearsome and fearless books. I am deeply honoured to be in the company of such talented authors, some of whom I’ve admired from afar for a very long time, others whose work I am excited to have only just discovered. Also to all your publishers for backing your talent and vision.

The Stella judges and the Stella Executive and Board, who have worked tirelessly to make this event possible. If it’s any consolation to you, Miles Franklin wrote this in a letter to Vida Goldstein’s mother in 1911: ‘It is inefficient to be worked to death always like we are. Now I think the inefficiency lies in the fact that we try to do more than we can. It is not supposed to be an intelligent thing to run any machine beyond its limit and yet that is what is done with the human machine all the time. I am going to try a readjustment from this time on. I’ll only work about twenty-four hours out of every day instead of twenty-six.’

To the many patrons, donors and sponsors who make this a truly grassroots award.

To my family, particularly my husband Damien, my kids, Bernie, Noah and Esther, and my mother Ruth, for their constant love and support in the face of absence and seemingly endless Eureka madness.

To the History Program at La Trobe University, who physically housed and intellectually nourished me over the course of my research, and the Australian Research Council who funded my postdoctoral fellowship.

To my agent, Jacinta di Mase, who is just, frankly, awesome.

To my editor, Mandy Brett, a savior and now a friend.

And to Michael Heyward and everyone at the magnificent Text Publishing for taking a punt on a big book of historical non-fiction about a bunch of noisy sheilas getting up to no good on the nineteenth-century frontier. 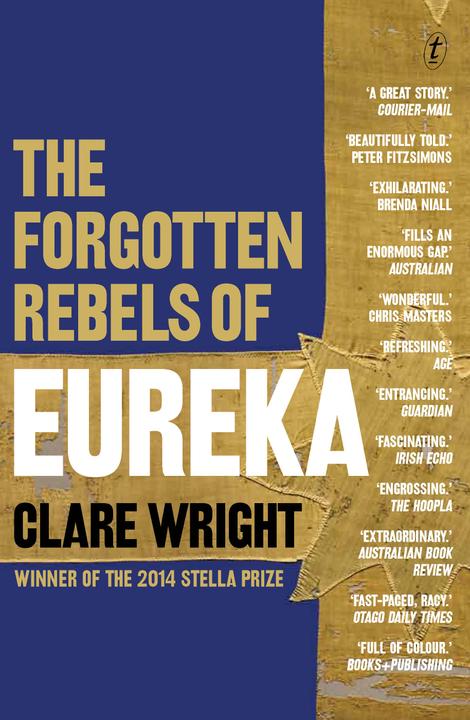 In 2007, Professor of History at Harvard University Laurel Thatcher Ulrich famously remarked that ‘well-behaved women seldom make history’. Well, the women of Eureka certainly proved Ulrich’s Law when they raised their voices above the carefully modulated tones of Victorian-era convention in order to proclaim the people’s right to freedom and independence in a new upside-down society where merit was supposed to count for more than inheritance.

I don’t think it’s too cute to say that my book, which aims to write those women back into the historical roots of Australia’s political culture, parallels the ambition of the Stella Prize, conceived as a means to redress the quantifiable imbalance of esteem and visibility given to female authors in Australia’s literary culture. The Stella Prize, in its own not-so-quiet way, has ushered in a new dawn of recognition for Australian women’s writing, celebrating equity over elitism and excellence over entitlement. Ellen Young, one of the leaders of the 1854 democratic protest movement, would have been proud. ‘However we may lament great misdeeds in high places,’ wrote Ellen, ‘justice must be awarded to the universal demand of an indignant people.’

Last year, the inaugural Stella winner, Carrie Tiffany, manifested the spirit of the Stellas by donating a portion of her award to her fellow shortlistees. This year, the Nelson Meers Foundation has replicated that generosity. But I, too, would like to use the opportunity of my great good fortune to give something back. I believe in the power of the written word to create change, to make a difference; to change the life of individuals, to change our national life, and with any luck to change our planet’s lifespan. I also believe we should all have equal access to that power. With this in mind, I intend to donate 10% of my award, split between two organisations that work indefatigably to achieve such empowerment.

The first is the Indigenous Literacy Foundation, which works at a community level to raise literacy levels and close the gap in educational outcomes between indigenous and non-indigenous Australians. It’s astonishing and heartbreaking to realize that just $140 will buy an ILF Early Literacy Book Pack for remote communities. My donation will allow the ILF to get twenty early literacy kits in the Book Buzz project into the hands of families (mothers, babies and toddlers) in the family engagement program that is run in Alice Springs through the Central Australian Aboriginal Congress.

The second organisation is my local high school, whose dedicated teachers work within the constraints of an under-funded public system to give all our kids the benefits of the free, secular education that is their birthright in a democratic nation. I will donate $2500 to Northcote High School, to be held in trust to fund an annual academic award, the Eureka Prize for Women’s History. This prize will recognize originality and creativity in a project, in any discipline, that investigates the experiences, ideas and actions of a woman or women in the past.

I am grateful for the chance afforded me by my Stella Prize to make these modest gestures.

But I am perhaps most thrilled that the prominence afforded by being a prize-winning author will bring new readers to my book. I think my fellow authors will agree that it is always the response of readers that makes all the long, lonely, hungry hours of research and writing worthwhile. It’s when I get emails like this one from ‘Jo’, which I received last week, that I know why we do it:

Dear Clare, my husband has just given me a copy of your book The Forgotten Rebels of Eureka. I have only just started reading it and am fascinated already. I am 73 years old and when I was learning about the Stockade at school, many years ago, I told my teacher that my grandmother’s aunt had been hidden in straw by her husband in their tent on the stockade. I was told off for telling lies and went home very upset as I remember my grandmother telling me this story. Well lucky me, my mum had a copy of her obituary (which I still have) published in the Ballarat news paper dated 1927 and entitled ‘A Grand Old Lady—Ballarat memories’. It is quite a long notice and tells this story of how Sarah was hidden by her husband William Wilmot in the straw in their tent. I took this to school and my history teacher actually apologised and said she did not realise that there were any women at the stockade. I have always been interested in the history of our country and my grandmother loved to tell me stories of our family as I was such a willing listener.

If only our national cultural and political institutions were as good listeners as Jo.

Professor Ulrich, in a less-well known passage, also had this to say about story-telling and history-making:

History is a conversation and sometimes a shouting match between present and past, though often the voices we most want to hear are barely audible. People make history by passing on gossip, saving old records, and by naming rivers, mountains, and children. Some people leave only their bones, though bones too make a history when someone notices.

My sincere thanks to the Stella Prize for starting this marvellous conversation. There is no doubt that people are taking notice. I confidently predict that before too long, there will be very little shouting and a whole lot more listening.