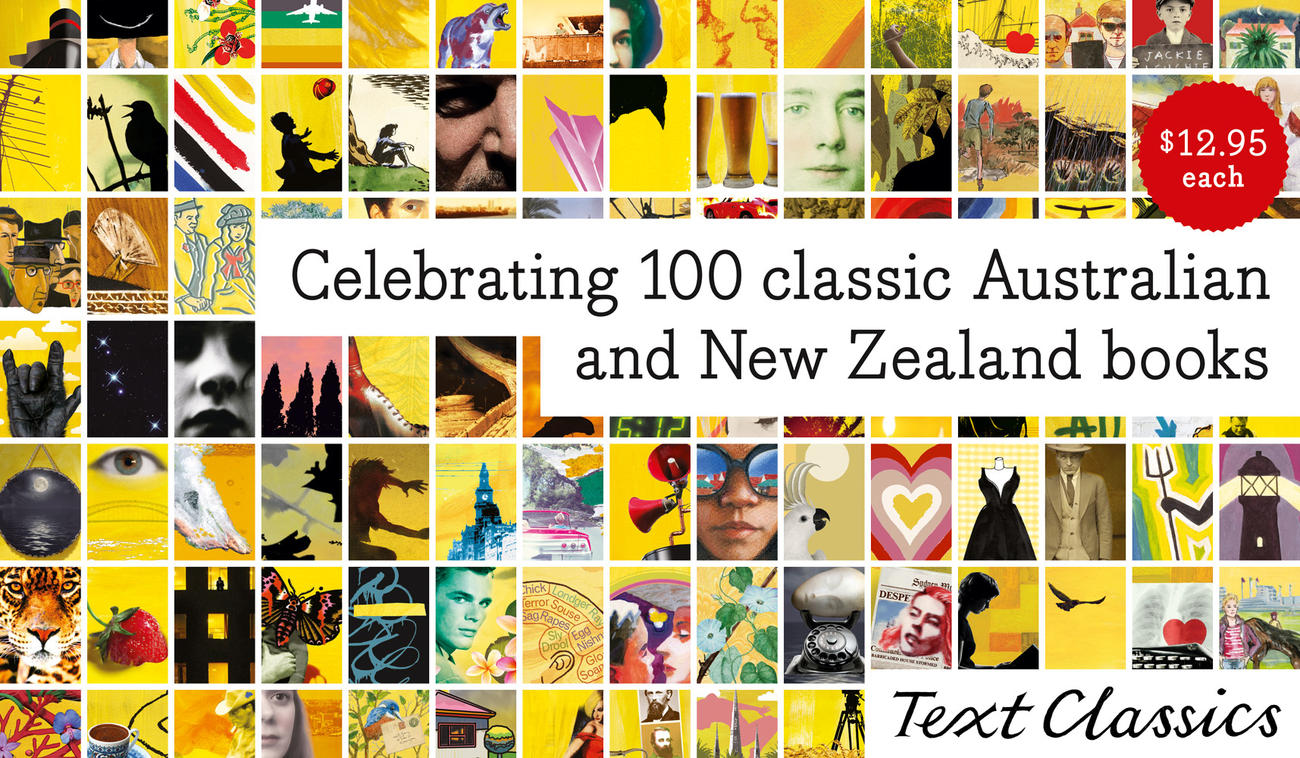 The Text Classics is the richest collection of stories from Australia and New Zealand. From The Idea of Perfection to The Australian Ugliness, The Songs of a Sentimental Bloke to Wake in Fright, The Delinquents to The Women in Black, and The Odd Angry Shot to Owls Do Cry—all the great stories are here. All at the classic price of $12.95.

Assembling the Text Classics is a marvellous publishing adventure. It has been chastening and exhilarating for all of us at Text to learn how much of our extraordinary literary heritage continues to gather dust in our cultural attics, out of sight, out of mind. The point about these lost books is that they are not only new reading experiences for us now, but they will remain new for every generation that encounters them because they say essential things to us and about us. Reading them makes the past present. They might have been lost but they cannot grow old.

Congratulations to John Taylor, Darren Saffin and Teresa Henshaw—winners of our recent Text Classics competition. Each has won ten Text Classics of their choice. For more chances to win, sign up to our newsletter now.

Celebrate these great books with us

Join the celebration at events in Brisbane, Sydney, Melbourne and a special Randolph Stow celebration in Margaret River.

Explore the website—discover which books are set near you. And remember you can buy five Text Classics or more for just $10 each—normally $12.95—with free postage in Australia.

Collect W. H. Chong’s iconic and original book covers in a delightful set of 100 postcards—all for the price of a Text Classic.

Carry all your books and important stuff in the new Text Classics tote. 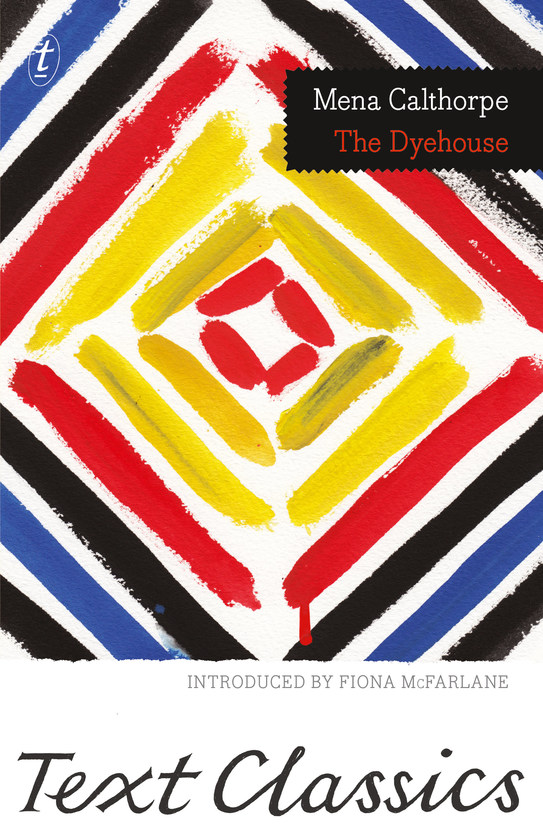 Mena Calthorpe’s The Dyehouse, first published in 1961, and which Fiona McFarlane, the brilliant author of The Night Guest, came across in a second-hand bookstore, illustrates so much that is central to the Text Classics project. As Fiona describes in her fascinating introduction, The Dyehouse is one of the very few Australian novels which makes work its central subject. Through her ensemble cast, Calthorpe reveals her proto-tragic apprehension of the psychological and emotional cost of work. She also understands how technological change rewrites the drama in every workplace. Unexpectedly lyrical, and driven by Calthorpe’s effortless empathy no less than her gimlet-eyed analysis of class, gender and power, The Dyehouse strangely seems like a novel whose time has come.

Read about some of our favourites below

David Winter
It’s not easy for me to pick one favourite from the Text Classics, having notched a half-century as editor as the series hits its century—though if pushed I’d choose Elizabeth Harrower’s phenomenal The Watch Tower. I read it in a Tassie shack during winter (it was a Harrower–Iris Murdoch double act, no less…maybe I should consider some happier holiday reading) and returned to work obsessed; I knew the novel had to be in the Classics. But I suspect many people will say it’s their favourite title, so here I’ll single out a more recent work, Kate Jennings’ Moral Hazard—a brilliant account of New York finance and working life, of relationships and the horrors of dementia, told by an irresistible, no-bullshit Australian narrator. Grief and grim humour are threaded through a crisp story that leaves you reeling. It is a little marvel, and those who missed it the first time around, in 2002, should put it on top of their reading piles. 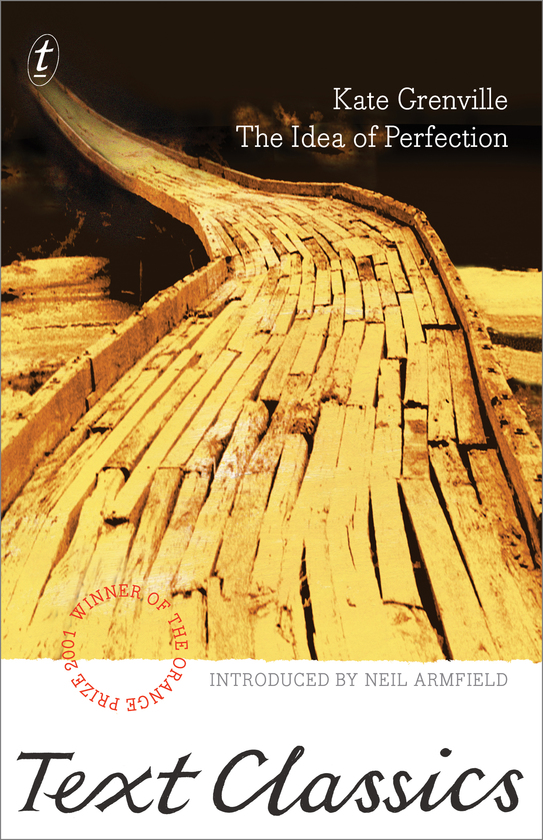 The Idea of Perfection

Brimming with lively characters, warm humour and delicious cringe, Kate Grenville’s The Idea of Perfection is my pick of the Classics. Set in Karakarook, a tiny town in rural New South Wales, the novel brings together the gawky Douglas Cheeseman and surly Harley Savage in the most unlikely of romances. Watching Harley and Douglas mumble, fumble and stumble their way towards each other is endlessly entertaining—I could read it again and again and again (which is surely the indication of a true classic). Under Grenville’s deeply empathetic eye their relationship is so beautifully and gently drawn that it’ll warm the hearts of even the most hardened cynics (including this one). Originally published in 1999, The Idea of Perfection remains one of my most beloved Australian novels.

Shalini Kunahlan
My favourite Text Classic is Rose Boys. It is a heartbreaking portrait of a sibling, a stupendously strong family and how a young man comes to terms with himself—beautifully written by Australian poet and publisher Peter Rose. Rose Boys struck a chord with me beyond the page. The book is mostly set in Collingwood and my boyfriend at the time lived next to Victoria Park, and if you stood on your toes while brushing your teeth, you could see the Bob Rose Stand, through the bathroom window. I talked about the book so much, said boyfriend mentioned it to the bloke who tended his mum’s garden, who happened to know Robert Rose. The best thing about the Classics is this: you’ll never know what you’ll discover that will move you (even if you haven’t the faintest clue about footy or cricket) to connect with the people and places around you in a new, meaningful way. 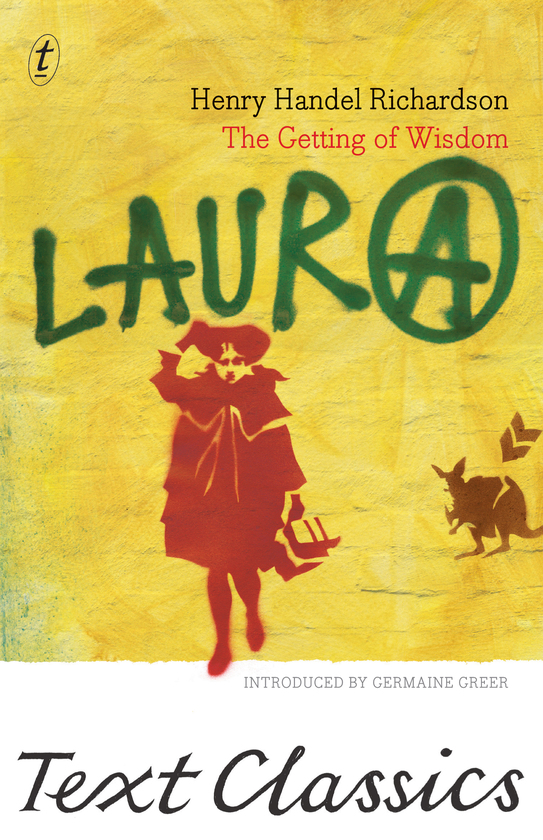 The Getting of Wisdom

Stefanie Italia
I’m new to Text and Michael Heyward has set me the goal to read one Text Classic every two weeks. Despite being fresh to the task, The Getting of Wisdom has already won me over and I’m confident it will stay at the top of my recommendation list. Twelve-year-old Laura Rambotham leaves her idyllic, country life—where she lords control over all (but her mother) in a queenly manner—for big-city Melbourne and a posh girls’ school. Too eager to be accepted, she quickly tumbles down the social rungs, where she is left to toddle behind the rest of the girls. She is equal parts pitiable and annoying, overzealous in everything she sets her mind to, and often leaves you squirming and laughing at her awkwardness. Oh to be a crisp teen again struggling to make fast friends and fit in at school! It was a joy reading about Laura’s ‘tribulations’ and I breathed a sigh of relief when, after finishing her schooling, she could fling off her gloves and bags and bolt into the Melbourne heat.

Jess Horrocks
My (current) favourite Text Classic is Kenneth Cook’s Wake in Fright. If you can: read it at night, in a tent, in the Australian outback. It’ll really exaggerate the alienation of the familiar, though this book doesn’t actually require any help in doing so. A sweatier, dustier, woozier, kangaroo-ier Heart of Darkness—what’s not to love? If you haven’t read it, prepare yourself for a slowly devolving spiral towards unsettling self-reflection and an urge to forego your next pint. And if you have, onya!

Alaina Gougoulis
Leaving aside Elizabeth Harrower’s The Watch Tower, which is by far the best-selling Text Classic and which holds a special place in my heart and on my bookshelf, I’d steer people to Amy Witting’s I for Isobel. It’s a crime that this 1993 Age Book of the Year was ever out of print. The story of an unusual and intelligent girl in a vile domestic situation, who finds solace in books and fictional characters, I for Isobel is a must-read for every bookish girl and woman (and boy and man). I wish I could go back in time and give this book to my fifteen-year-old self, but I’ll settle for pressing it upon my friends, colleagues, strangers on the tram, etc.

Elizabeth Cowell
It’s impossible to nominate just one book, but I’m particularly fond of The Jerilderie Letter, for its language—I like the part where Ned Kelly calls the Victorian police ‘a parcel of big ugly fat necked wombat headed big bellied magpie legged narrow hipped splawfooted sons of Irish bailiffs or English landlords’. I also like the part in Watkin Tench’s journal (published by Text as 1788) where Tench describes how emus set out their eggs, using o’s to represent the eggs, like this:

Lucy Ballantyne
I remember trying hopelessly to suppress squeals of delight in a silent library when I first read My Brilliant Career. Franklin’s prose brings to life a spirited, raucous, ambitious and weird character in Sybylla, who was something of a revelation to me as a teenage feminist. In the introduction to the Text Classic, Jennifer Byrne quotes one of Franklin’s early critics as saying she spoke to ‘hundreds of lively, dreamy Australian girls whose queer, uncomprehended ambitions are the despair of the household’. ‘Despair of the household’ is now the standard to which I aspire. Thank you, Sybylla; thank you, Miles. 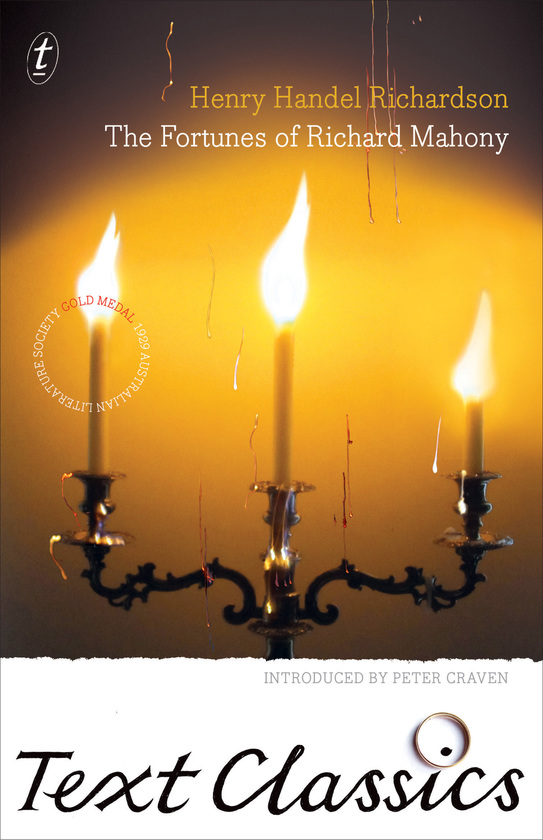 The Fortunes Of Richard Mahony

Kirsty Wilson
I can’t go past Henry Handel Richardson’s The Fortunes of Richard Mahony: a 950-page portrait of a flawed and unforgettable man, set against a backdrop of a changing, rapidly growing Australia of the nineteenth-century. Richardson’s masterwork is a classic book by any definition, and arguably the greatest novel ever published in this country.

Next month we release four titles by Christina Stead—and books by Fergus Hume, Robin Klein, Amy Witting and Helen Hodgman are all scheduled for 2017. 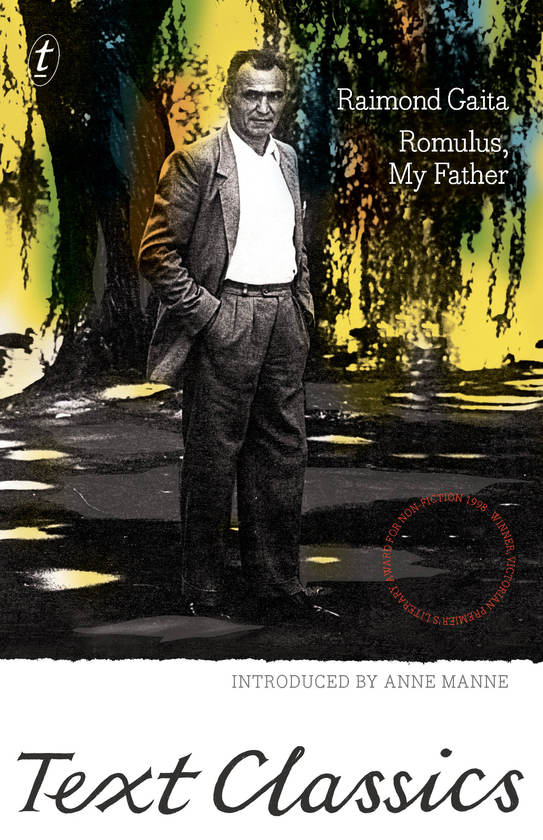 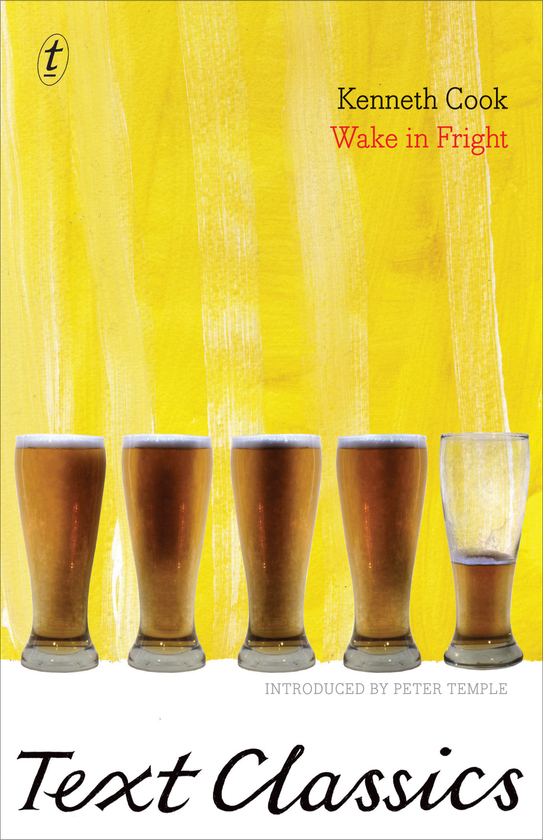 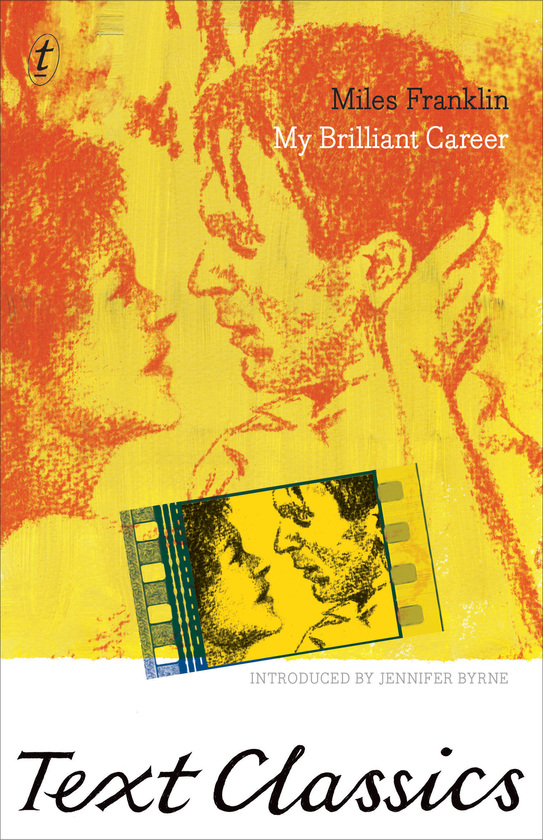 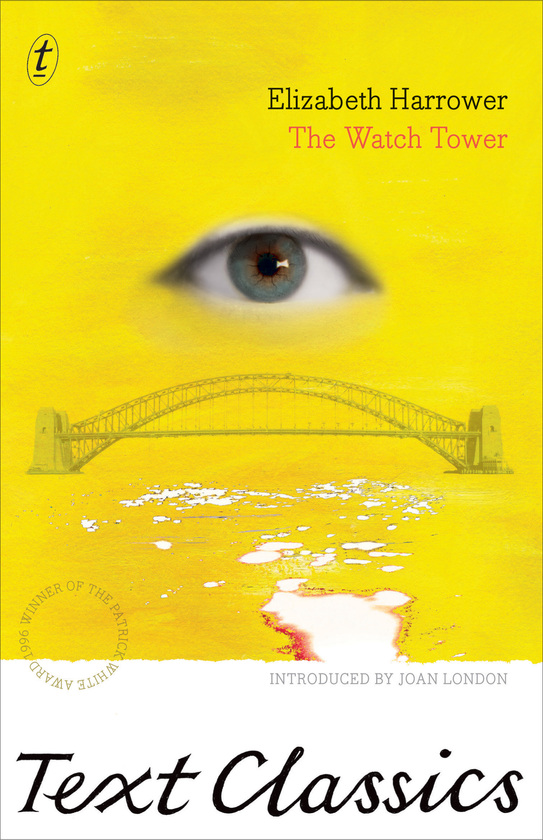 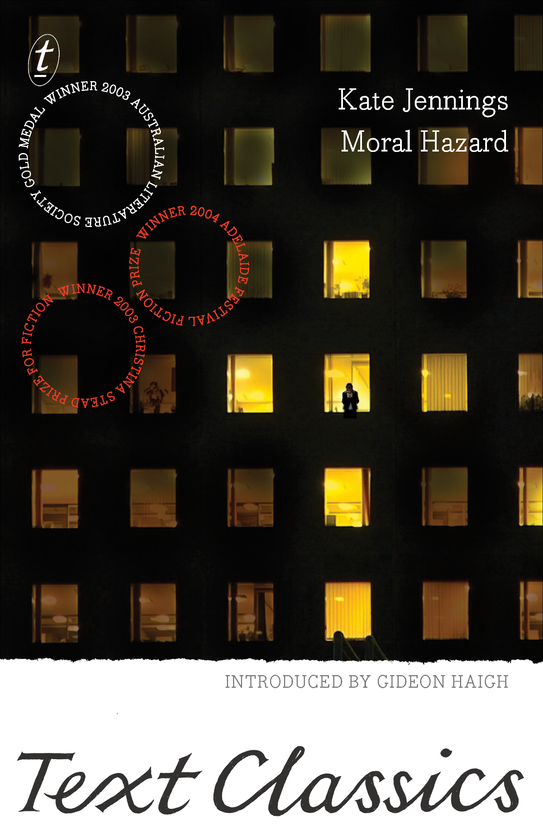