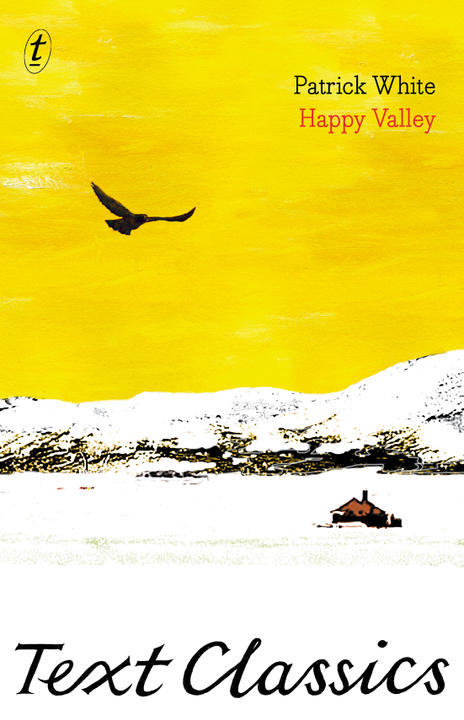 Patrick White died in 1990, more than two decades ago. In that time sales of his novels have dwindled almost to nothing. His work is barely taught in our universities or schools.

His popularity may have declined yet many people still think of him as the greatest Australian writer. How can this be? Part of the answer is that those who remain in awe of him almost certainly read him before he died.

In fact there are now two Patrick Whites: the mercurial novelist whose every new book was an event, who changed the possibilities of fiction in this country, who influenced everybody from Tom Keneally to Randolph Stow to Kate Grenville.

And there is Patrick White, the famous dead name, the winner of the Nobel Prize for Literature, the Great Writer who over and over produced the Great Australian Novel. This second Patrick White, with his shrinking readership and oppressive reputation, looms like a spectre above his novels. We know him by his photographs, especially those taken by William Yang. Who is this savage old man, gazing beyond us into the emptiness? How could he ever have been young?

The eclipse of the writer by his or her posthumous reputation is a common thing. It is also a transitory phenomenon if the work is any good. Eventually the memory of Patrick White the man will be subsumed by the living tradition of his books. White’s fiction will be rediscovered by people who were not born when he died. These new readers are just coming of an age to find him.

What I am curious about is not so much that Patrick White’s stocks have fallen these past twenty years but how he might become tangible to people who have no memory of him being around.

Perhaps we need to understand how his reputation was formed in the first place. He published his first novel Happy Valley when he was 27. It came out at the beginning of 1939 in London and got an enthusiastic response from the likes of Graham Greene and Elizabeth Bowen. The war intervened. In 1941 The Living and the Dead appeared. Until now it has been the only accessible apprentice work. 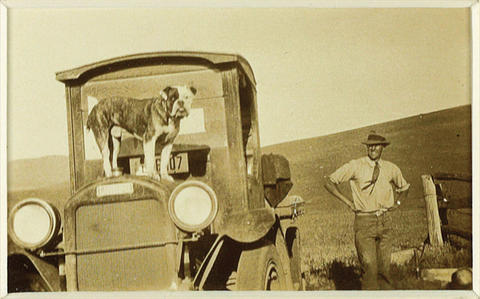 After the war White came back to Australia with Manoly Lascaris and retreated to six acres in Castle Hill where they bred dogs and grew flowers and vegetables for the market. Then in 1948 The Aunt’s Story was published. It has been for most of us the first astonishing novel he wrote. The reputation of the great writer, the epic inscriber of his own tribe, began to form when The Tree of Man came out in 1955. White was then in his mid-forties. In the next two decades there would be six more extraordinary books. The novelist we got to know was first middle-aged and then old.

Not so strange. Most fiction writers, even now, have to wait until middle age to find a readership. But the picture of White’s evolution was incomplete. Happy Valley was all but unavailable. Fearful of a libel action, he had forbidden its republication, in English at least. (Gallimard did a French edition in 1951.) The novel did not circulate, was not studied or discussed. Copies changed hands for a small fortune.

But Happy Valley, now that we can read it, changes everything. For the first time we see the young writer. It’s like watching a planet form. We can read Patrick White before he became Patrick White. Readers in their twenties who have never sampled any of his novels might want to start with this book, written by a hyper-talented young man, and set in his own backyard, the high country and its people he got to know as a teenage jackeroo:

Men who work a lot in the open, especially men who work with sheep, have a habit of repeating things, even trivial things, several times, perhaps because conversation is scarce and it gives them a sense of company to have a phrase coming out of their mouths, even if the phrase is already stated. Clem Hagan was like this. He repeated a remark ponderously, sometimes with a different intonation just for variety’s sake. He stared out in front of him with an expression that might have been interesting if you didn’t know it was due to his having spent most of his life looking into the distance for sheep. Anyone who stares long enough into the distance is bound to be mistaken for a philosopher or mystic in the end. But Hagan was no philosopher, that is, he searched no farther than the immediate, sensual reality, and this translated into simpler terms meant a good steak with juice running out at the sides and blonde girls with comfortable busts.

If White had been killed in the war we would still remember him for Happy Valley. It is an urgent, ambitious novel. Like many young writers, White wants to do everything at once, to see things from the inside out, to make his characters and his landscape all part of the same swirling psychodrama. His modernist heroes Joyce and Lawrence both throw a bright shadow across his sentences.

Five years after Happy Valley, James McAuley and Harold Stewart constructed the Ern Malley poetry hoax to demolish the idea that modernism could have anything to do with the development of Australian writing. They also had in their sights some of the prominent English champions of modernism such as Herbert Read, who obliged by leaping to the defence of the hoax poet in August 1944, outlining his ‘metaphysical unity’.

Read admired Happy Valley too, which he declared was like ‘life itself’. Perhaps it is no coincidence that a single tastemaker praised both writers. Ern Malley will always be the master of his own contradictions. But in Happy Valley White had already shown the way to the holy grail by writing an obsessively Australian book under the heady sway of the gods of modernism. Happy Valley is a thrilling novel, fabulous evidence of the artist as a young man, the last piece of the jigsaw that may even change the way we read Patrick White’s mature books.

This piece first appeared in an edited form in Fairfax Media newspapers on Friday 24 August 2012.