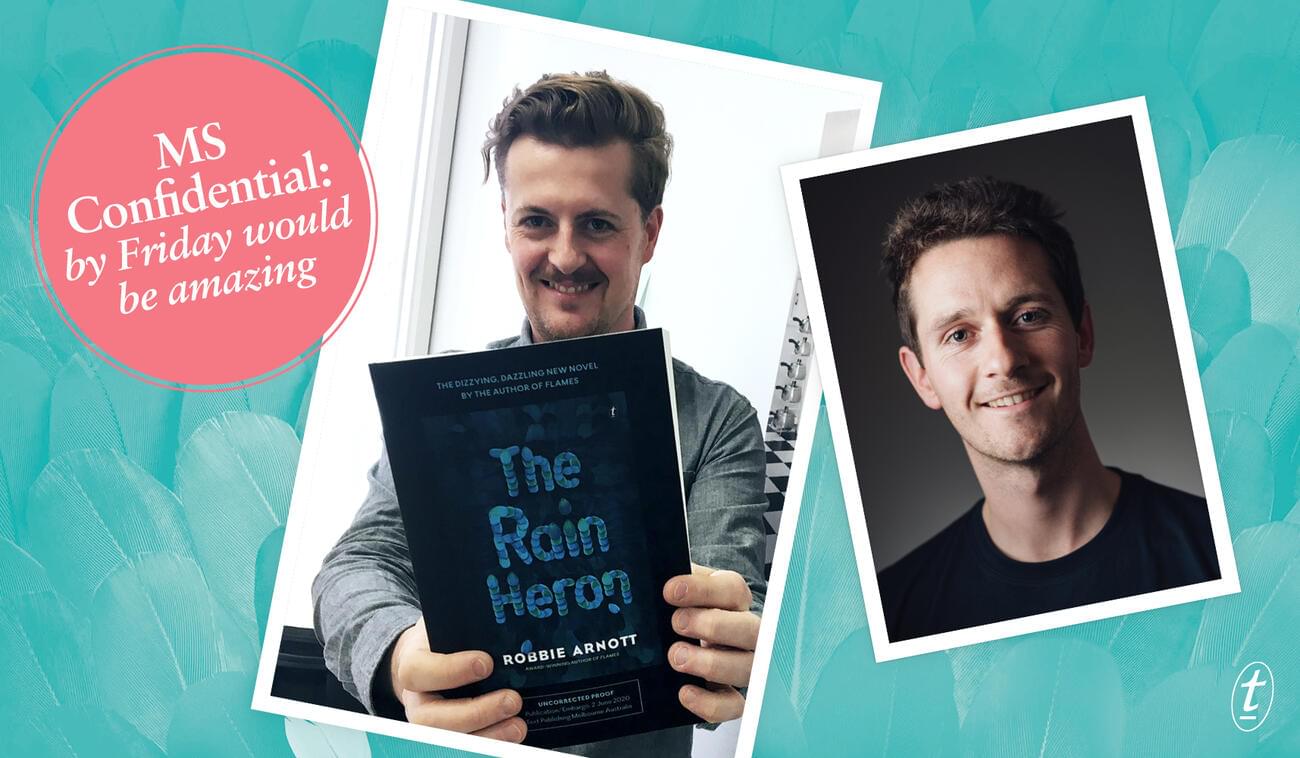 Every writer needs a trusted confidant, a first reader, someone who can look at their work and give advice. When we asked award-winning author Robbie Arnott who that person was in his life, he nominated Text’s very own senior editor and fellow Tasmanian, David Winter.

There’s no bond quite like that between author and editor. What’s the key to a productive working relationship? How can editors give valuable feedback? And how does the editorial process change from book to book? We spoke to Robbie and David to find out.

Robbie, what do you value from David as your first reader?
Often I’ve gotten so deep into a piece of writing that I can’t recognise what I’m doing anymore. David has a knack for bringing me back to earth, with straightforward yet powerful insights that cut through the fog I’ve tripped into. Usually we agree pretty quickly about what is and isn’t working, but it takes David’s eye to find those precise moments that need changing, need improvement, or need to go entirely. Both of us are pretty direct people, and I appreciate the way he’s able to tell me what I need to hear, without bruising my ego or causing me to despair. It’s like having a footy coach who isn’t a dickhead.

David, when did you first discover Robbie’s writing?
Rachel Edwards in Hobart, who has helped many Tasmanian authors behind the scenes, gave me the tip about a brilliant writer she knew who’d won the Scribe prize for an unpublished non-fiction work by a young author. The manuscript arrived, and she was right: Robbie’s essays, the first part of a sort of memoir project, were spectacular (one even tangentially involved David Boon, I later discovered). There was such an inventive mind behind the writing, and the writing itself was brutal yet disarmingly beautiful, but I couldn’t see how the essays could expand to make a whole book. I said something like: this might be that rare time when I wish that something non-fiction was fiction. I probably gave more feedback, but I can’t remember what. I just remember agonising over the decision; you never know if an author will come back to you with a new work. But in what seemed like no time at all – it was actually probably a year – the manuscript of a novel, Flames, landed in my inbox. I took it to the airport, where I was catching a flight to Hobart. The plane was late; I read most of the novel before boarding; I was floored. It was a dream moment.

Robbie, which book has been your favourite to work with David on so far?
As much as I enjoyed how David helped me improve Flames, working on The Rain Heron with him was a greater joy – probably because he was involved for the entire process. He was the first person who read the original draft, and he played a big role in the direction the book ended up taking. It was incredibly helpful to be able to bounce ideas off him throughout the writing process, and because he was so familiar with the book, he was able to provide me with the guidance and advice that invariably steered me true.

At one stage, over a pint at the Shamrock Hotel in Hobart, we agreed that an entire section of the book – about five months work – needed to be entirely rewritten. I could have felt terrible after that beer, but I walked home somehow lighter, with a completely renewed sense of purpose. I have no idea how he did it.

David, as a senior editor, what do you think is vital for a healthy author/editor relationship?
You have to be a different editor for each author. Robbie’s not someone you need to get on the phone to, cajoling him to send his next draft. He’s probably been up at 4.30 that morning, gone for a run, rewritten a scene from his novel perfectly and headed off to do ten hours at his day job – his work ethic is sickeningly impressive, though he’s so self-deprecating I guess that’s okay. I think what’s important in our working relationship is that we manage to keep it uncomplicated. He insists on honest feedback; we don’t muck about. Robbie’s a highly inventive writer and allergic to boredom, so if he’s presented with a problem he prefers to go away, figure it out and come back with a fresh take, rather than haggle or tinker. We’re also candid with each other about the whole weird business of publishing, not just the nitty-gritty of line edits or whatever, and that – along with a well-earned beer when we catch up face to face – keeps the process healthy and collaborative. It’s a well-oiled machine. Robbie’s got a bunch of talented fellow authors around him in Hobart as well, encouraging him. It can’t always just be writer and editor: that’s not healthy.

Both: How can people provide better support to the writers in their lives?
David:
If you have a writer in your life, you are probably already a great support to them. But if I had to name one thing, I’d say that telling it straight is essential. Not as essential as emotional or financial support, obviously, or steadfast friendship and understanding. But if you’re asked to read someone’s manuscript, be fair and honest in your response. All of us struggle with the balance between enthusiasm and criticism. It’s usually easier to say you like something – but the deal is that you have been entrusted to read, and the writer is expected to value your feedback. Aside from that, we have to remember the solitariness of people who take their writing seriously. Give them space, but don’t forget to shower them with love and affection too. And of course all of us should buy lots of books, which is the most direct and literal way to support the writers we care about.

Robbie:
Personally, I couldn’t ask for better support. Everyone is kind and generous to me, even when I don’t deserve it. One of the best things friends and families of writers can do, in my opinion, is allow them to be a bit weird. Writing a book is a strange thing to do, and the process can turn you a bit strange. Having a network of people who encourage a writer’s process (rather than being confused by why they’re sleeping odd hours, talking to themselves or drinking twenty cups of tea a day) can make a huge difference to a writer’s confidence, endurance and happiness. 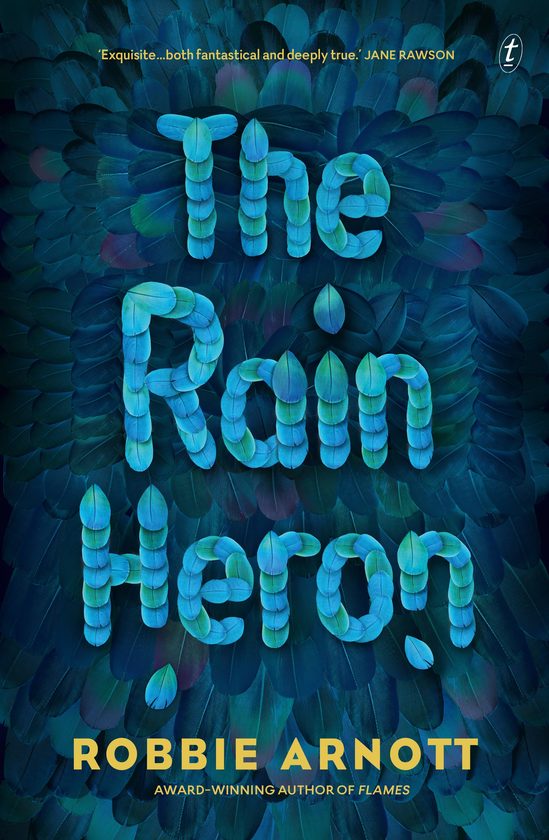