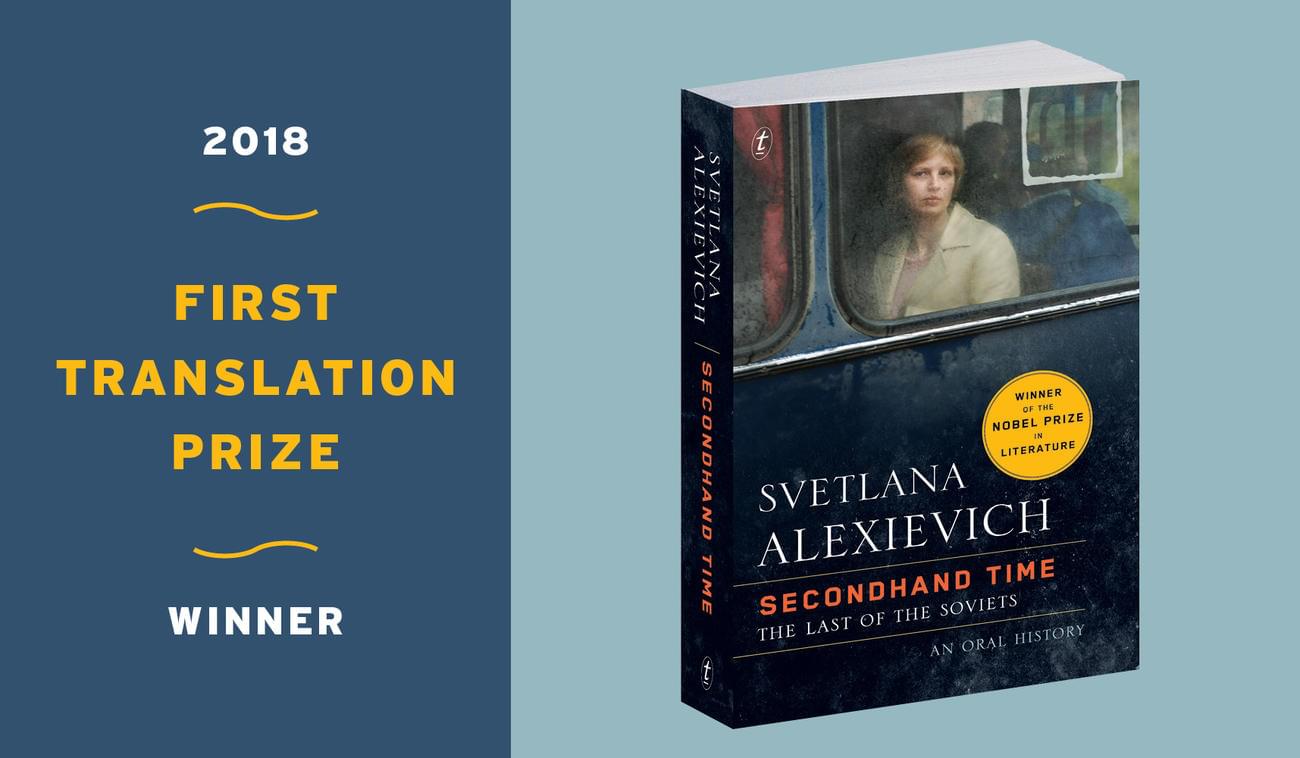 Secondhand Time: The Last of the Soviets by Svetlana Alexievich is garnering praise from around the world. And with good reason. She has won a number of prizes, including the National Book Critics Circle Award, the Prix Médicis, and the Oxfam Novib/PEN Award. In 2015, she was awarded the Nobel Prize for Literature. Secondhand Time has been shortlisted for the Baillie Gifford Prize in 2016 and the Warwick Prize for Women in Translation in 2017.

And now, for ‘meeting the challenges of this huge polyvocal text energetically and fearlessly,’ the new Translators Association First Translation Prize has been awarded to Soviet-American translator Bela Shayevich and editor Jacques Testard, founder and publisher of Fitzcarraldo Editions, for the English edition of Svetlana Alexievich’s Secondhand Time. This is an annual £2,000 prize for a debut literary translation into English published in the UK.

Bela Shayevich is a writer, translator and illustrator who lives and works in New York City. She studied Comparative Literature at Emory University and earned a Masters in Russian translation from Columbia University. Her translations have appeared in journals such as Little Star, St. Petersburg Review, and Calque. She was the editor of n+1 magazine’s translations of the Pussy Riot closing statements. Of Alexievich’s writing, she says it is ‘resounding with nothing but the truth’.

The prize was established by Daniel Hahn, in 2017, when he donated half his winnings from the International Dublin Literary Award (for his translation of José Eduardo Agualusa's A General Theory of Oblivion from Portuguese) to help establish the new prize for debut literary translation. He worked with the Society of Authors and obtained support from the British Council to establish the TA First Translation Prize. Its aim is to highlight the work of translators new to the profession, and of the editors who work with them.

The TA first translation prize is a statement about pluralism and risk-taking, about investing in new talent and editorial commitment.

He has written of his decision to award Bela Shayevich and Jacques Testard the prize here. It’s a fascinating read and worth your time.

Secondhand Time: The Last of the Soviets is an oral history that brings together dozens of voices in Alexievich’s distinctive documentary style. It is a monument to the collapse of the USSR, charting the decline of Soviet culture and speculating on what will rise from the ashes of Communism.

As in all her books, Alexievich gives voice to women and men whose stories are lost in the official narratives of nation-states, and creates a powerful alternative history from the personal and private stories of individuals.

If that isn’t enough reason to make you read the book, then read this interview with Svetlana in the Paris Review or you can read an extract here. 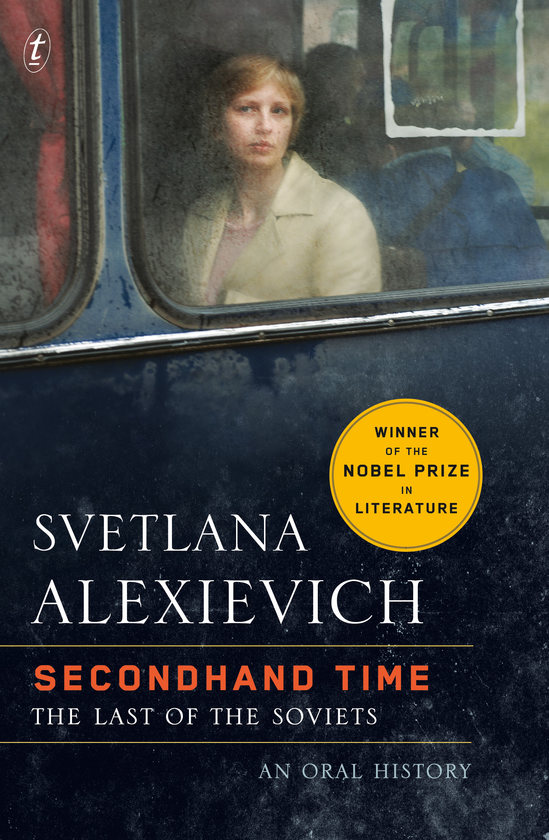 Secondhand Time: The Last of the Soviets by Svetlana Alexievich is available now in all good bookshops, on the Text website (free postage) and as an ebook.