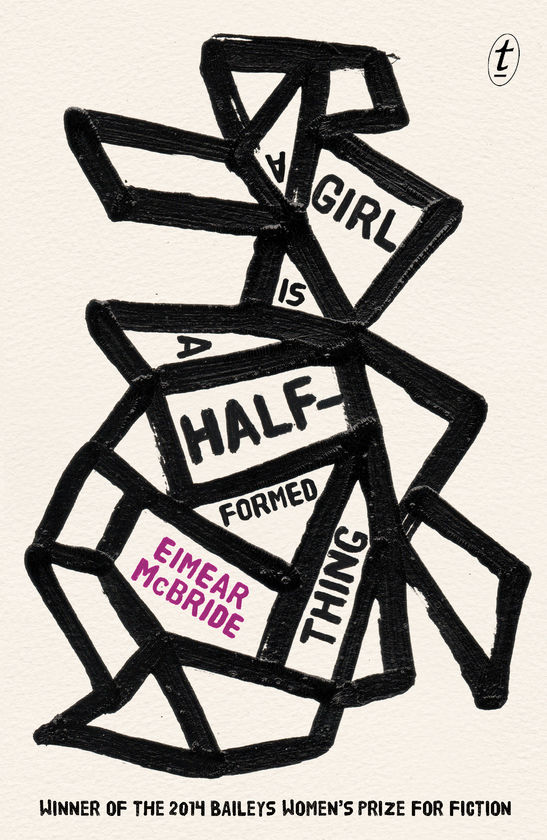 A Girl Is a Half-formed Thing

The winner of the 2015 Baileys Women’s Prize for Fiction will be announced on Wednesday.

Last year’s winner was the incredible debut novel by Eimear McBride, A Girl Is a Half-formed Thing.  It describes with astonishing insight and in brutal detail the story of a young woman’s relationship with her brother, and the long shadow cast by his childhood brain tumour. It is an unconscious railing against a life that makes little sense, and a shocking and intimate look into the thoughts, feelings and chaotic sexuality of a vulnerable and isolated protagonist.

In the Guardian Anne Enright wrote: ‘Eimear McBride is that old fashioned thing, a genius, in that she writes truth-spilling, uncompromising and brilliant prose that can be, on occasion, quite hard to read...The result is an instant classic.’ James Wood at the New Yorker described it as ‘blazingly daring’. Michael Chabon said it is ‘beautiful, harrowing, and ultimately rewarding the way only a brilliant work of literature can be’.

After years of rejections by UK publishers because it was too difficult to sell, A Girl Is a Half-formed Thing was picked up by a tiny independent press. What followed was a debut novelist’s dream—not only did it win the Baileys Prize but also the Goldsmiths Prize, the Desmond Elliott Prize and the Geoffrey Faber Memorial Prize. It was named the Irish Novel of the Year and a New York Times Notable Book in 2014.

You can find interviews, reviews, a preview and more praise for this amazing book here.

The Baileys Women’s Prize for Fiction was established in 1996 ‘to celebrate and promote international fiction by women throughout the world to the widest range of readers possible’. Previous winners include some of the best writers writing today—Marilynne Robinson, Barbara Kingsolver, Zadie Smith and Rose Tremain. Text’s own Kate Grenville won the prize in 2001 for The Idea of Perfection and Lionel Shriver in 2005 for We Need to Talk About Kevin. Read more about the prize here.