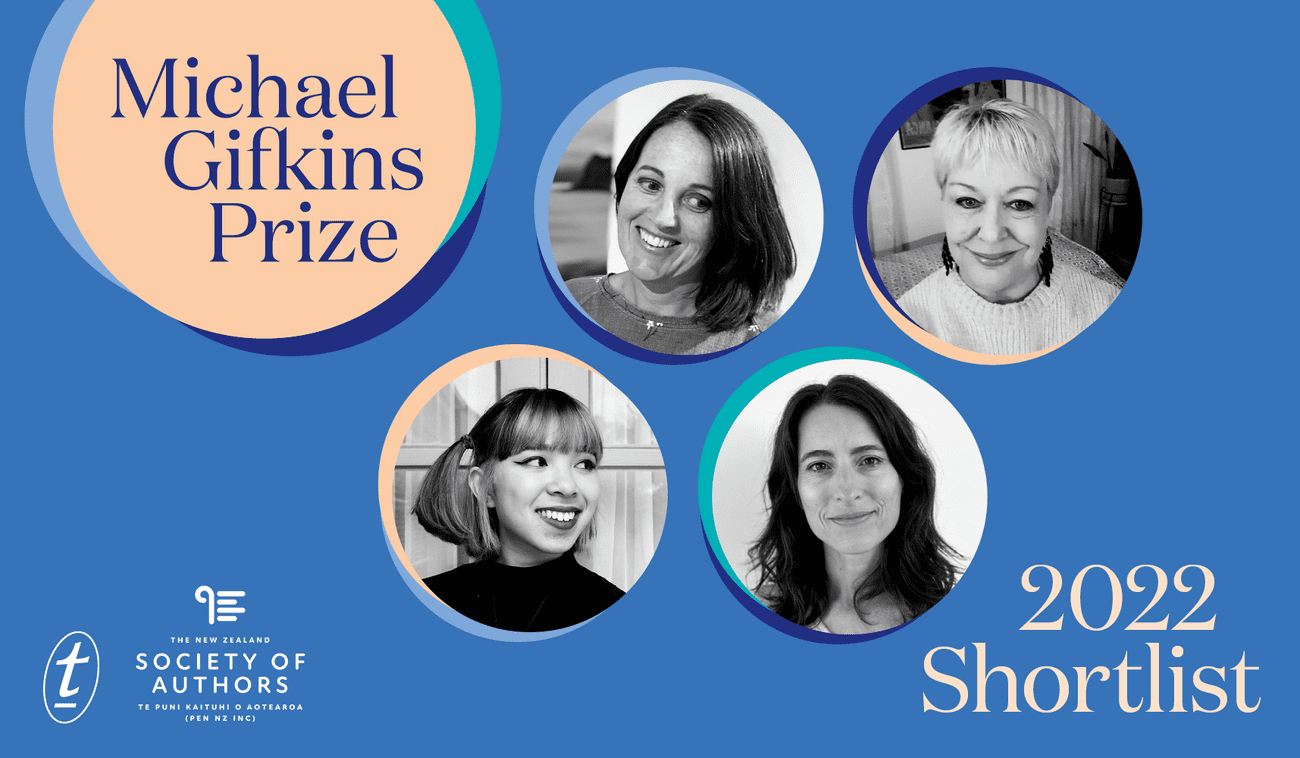 Text Publishing and the New Zealand Society of Authors Te Puni Kaituhi O Aotearoa (PEN NZ Inc) are thrilled to announce the shortlist for the 2022 Michael Gifkins Prize for an Unpublished Novel.

The author of the winning manuscript will receive a contract for world rights from Text, along with an advance of NZ$10,000. The winner will be announced in July, ahead of the September 2022 publication of last year’s winner, Paper Cage by Tom Baragwanath.

‘The Michael Gifkins Prize is now five years old. It has already changed the lives of some wonderfully talented writers. We are especially delighted that Gigi Fenster’s A Good Winter, which won the prize in 2020 and was published last year, was shortlisted for 2022 Ockham New Zealand Book Awards.

‘A manuscript prize is all about providing writers with additional paths to publication. It’s about creating demand for new work. It’s about identifying and applauding talent, and we have been able to do that again this year with the announcement of the shortlist for this year’s Michael Gifkins Prize. We believe that every year the quality of the entries for the prize continues to rise.

‘We congratulate all the shortlisted writers, and look forward to announcing the winner in July.’

The Shape of the World by Tiffany Brown
Rabaul by Maria B. Joseph
Backwaters by Emma Sidnam
Apple Moon by Anna Woods 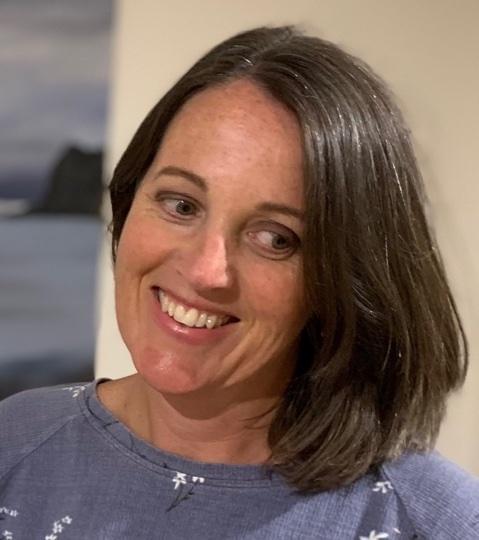 Tiffany Brown’s The Shape of the World is an imaginative, futuristic novel tracking multiple generations of a family throughout times of upheaval and societal change from a contemporary world through to 2050. Tiffany Brown works as a freelance writer from her home in semi-rural Karioitahi on Auckland’s south-west coast. In 2019 she received Distinction in the Write A Novel course through NZ Writers College. The course was the catalyst for her to complete The Shape of the World, which is her first novel. 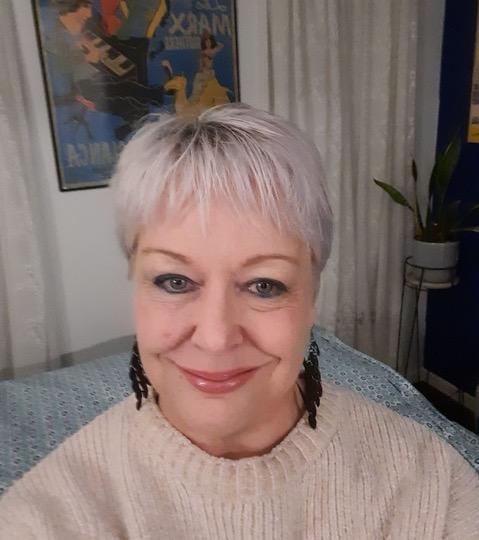 Maria B. Joseph’s Rabaul is an insightful look into New Zealand’s history and character, following a disparate group of characters who inhabit one of the most beautiful towns in the South Pacific from 1937 to 1946. Maria B. Joseph is an emerging poet and novel writer. Two historical novels – My Island Solitary and What the World Whispers – were previously longlisted for the Michael Gifkins Prize. Maria was born in Auckland to Dutch immigrants. After living in Kenya, Japan and Singapore for many years, she now calls Melbourne home. 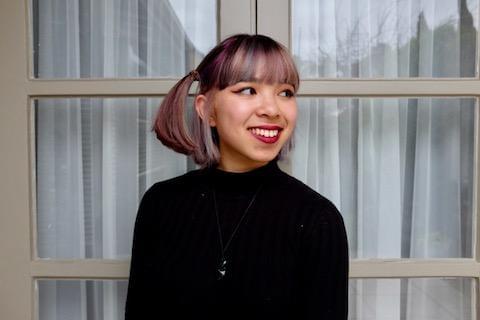 Emma Sidnam’s Backwaters is a captivating story about past, present, and finding one’s place in the world, through the eyes of a Chinese–New Zealander woman in her twenties beginning to look more closely into her parents’ and grandparents’ lives. Emma Sidnam is a Wellington-based poet and student. She loves translating life to art and combining wordplay with meaningful messages that connect with people. As a fourth-generation Asian New Zealander, she is passionate about representation and ensuring that all voices are heard. Emma regularly performs slam poetry around Wellington. In 2021, Emma was included in the AUP anthology A Clear Dawn, and the VUP anthology Middle Distances. She has previously had writing published in Confetti, Capital and Asterism. 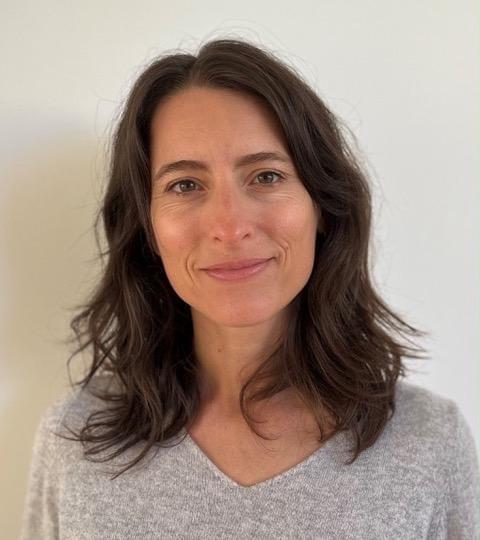 Anna Woods’s Apple Moon is an elegant, reflective portrayal of two adult sisters and their mother across a week spent in a tropical resort, as past familial hurts surface and long-held secrets are revealed. Anna Woods is a Tāmaki Makaurau writer. Her short fiction and poetry have appeared in a range of journals and anthologies, including Landfall, takahē and Poetry New Zealand. Apple Moon was written with the support of an NZSA mentorship under the guidance of novelist Alison Wong.

This year’s remarkable shortlist was chosen by Text Publishing from an impressive longlist of thirteen high-quality manuscripts. New Zealand writers Dr Vanda Symon and Dr Paula Morris selected the longlist. Of it, they said: ‘This year’s longlist is diverse in style and subject, and includes both emerging and experienced writers. We were impressed with the imagination, range and engagement with story of the submissions.’

Previous winners of the Gifkins Prize have included Ruby Porter, Tom Remiger, Gigi Fenster and, most recently, Tom Baragwanath, whose nailbiting thriller Paper Cage will be published in September 2022.

The Gifkins Prize is made possible by a generous financial commitment from the Gifkins family and from Text Publishing. It is administered by the NZ Society of Authors Te Puni Kaituhi o Aotearoa (PEN NZ Inc). Entries for the 2023 prize will open in late July.