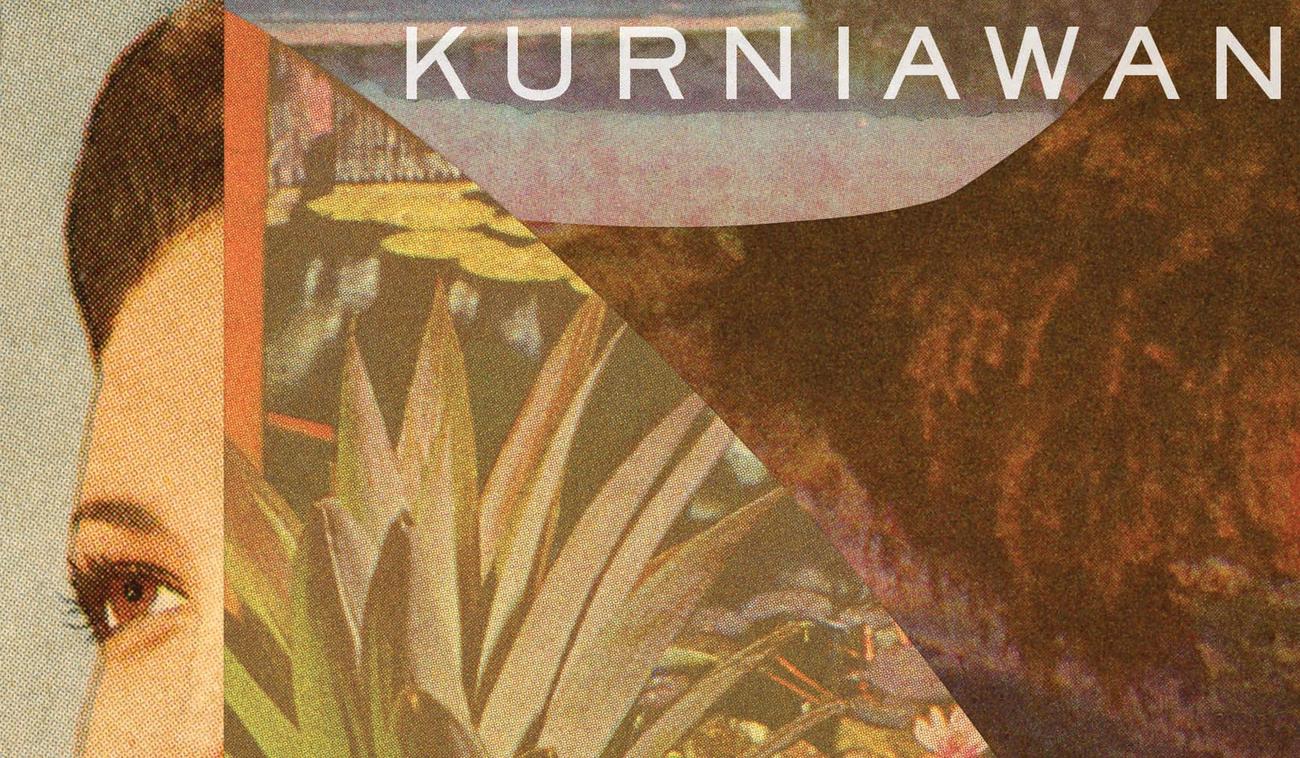 Eka Kurniawan may be a new face in world literature, but his epic novel Beauty Is a Wound would suggest an old pro at work.

Inspired by such greats as Melville and Gogol, and newly translated from the Indonesian by Annie Tucker, Kurniawan’s extraordinary debut charts an epic journey through Indonesia’s turbulent history, lacing together history, satire, legend, humour and romance in a scathing critique of his young nation’s troubled past. 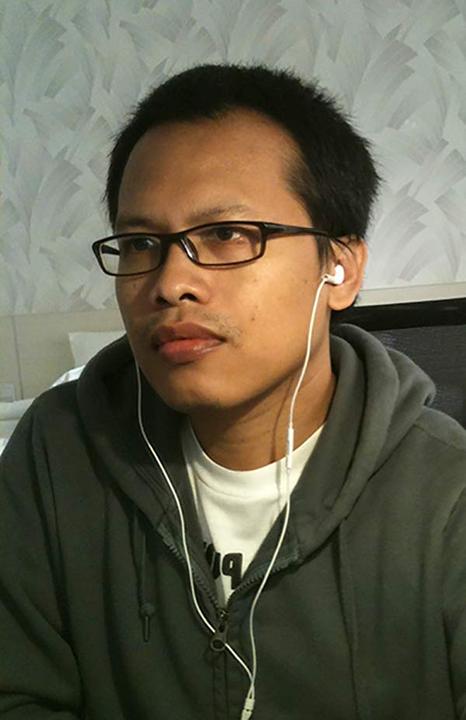 You have been compared to a number of Indonesia’s premier writing talents—namely Pramoedya—and various world literature greats, from Rushdie to Márquez. How do you respond to such comparisons?

I don’t usually respond to this. If it’s not Pramoedya or Márquez, I’m compared to other writers. It’s the same for any writer in the world, in every generation. Pramoedya himself used to be compared to Maxim Gorky or Steinbeck at some point in his career, and Marquez has been compared to William Faulkner or Juan Rulfo in the same way. It’s not something to be either proud of or annoyed by. It’s just a simple way for people to try to understand a writer.

What inspired you to begin writing?

When I was still very young, maybe eleven years old, I wrote poems and stories, because I didn’t have anything else to do. I lived in a small coastal town with no bookstore or library. I only read a small number of books and I wanted to read more, so I wrote them myself. It was only when I was at university that I had access to a great library, and I spent all my time there reading every classic I could find. One day I read Hunger, a novel by the Norwegian writer Knut Hamsun, and that’s when I thought seriously about being a writer. So I started to write my first short story, and then my first novel.

Your novel weaves its way through Indonesia’s history, from the days of Dutch colonialism to the modern age of independence. Was this an attempt to reinterpret your nation’s story for a new generation of readers?

To be honest, that wasn’t my intention with the novel. Pramoedya and some other Indonesian writers did a great job with this in their historical novels. My first intention was to write a ghost story, and you can still read Beauty Is a Wound in that way. It’s the story of a ghost’s vengeance, and I had to provide the background for the ghost’s revenge. That’s how the novel became what it is now. I don’t mind if people read the novel as a metaphor for Indonesia’s troubled history, but first and foremost it’s a ghost story.

Although many of your characters seem destined for sorrow, Beauty Is a Wound still manages to remain playful, with a great deal of humour throughout. Why did you seek to juxtapose these registers in your writing?

It’s a tone I was confident enough with—the tone we used to know from all-night wayang (puppet) performances. While the scope of the story is epic, and the character development leads to a tragic end, the narrator’s voice always remains playful. I think wayang performance (I particularly enjoy wayang golek from Western Java) has given me a kind of philosophical attitude toward art and literature: like toys for kids, art and literature have to be something serious and at the same time playful.

Beauty Is a Wound contains some wonderfully drawn female characters. Why did you want to focus on these female voices?

Well, the inspiration for the book came from my mother. One day she told me about a pregnant woman who wanted to deliver a handsome baby like Arjuna (a character from wayang, based on the Mahabharata). When the baby was born, he looked exactly like the Arjuna puppet, a really grotesque puppet. I tried to use my mother’s tone and point of view, which is why the novel’s voice is dominated by females, although I did also include masculine voices for some of the other characters.

While Beauty Is a Wound is reflective of Indonesia’s traditional folklore, it also feels strongly influenced by the international literary canon. Are there any particular authors you admire?

There are authors I admire most. Indonesian writers, including Pramoedya Ananta Toer, Asmaraman S. Kho Ping Hoo (for his martial art novels) and Abdullah Harahap (for his horror novels, an Indonesian gothic version with local ghosts and magic). When I was younger, I read Gogol, Herman Melville, Cervantes and Dostoyevsky, and I reread them now and then. As for more modern writers, I admire Garcia Márquez, Knut Hamsun, Faulkner, and of course Kafka.

Have you had a chance to read the work of any Australian authors?

My father was an English teacher for a junior high school, and he taught me English at home (although he was a bored teacher and I was a lazy pupil). Sometimes he brought home some English books (I don’t know where he got them) and gave them to me, so I could learn to read in English. The first book I read in English was a children’s book: The Cruise of the Nifty Duck, by Ray Harris. I always remember the book’s title and the writer’s name, although the book disappeared a long time ago. Recently I found out that he is an Australian writer (correct me if I’m wrong), or at least the book is about a boy in the Australian plains. I don’t know if the book is still in print, but I hope someday I can reread it.

Why do you think international publishers and readers have previously been reluctant to explore Indonesian voices?

While our literary tradition is very old, our language is relatively young. Indonesian literature written in Indonesian (because there is literature written in Javanese, Sundanese, Balinese, Malay, etc, each with long traditions) has only been around for about one hundred years. With such a young literary heritage, I think we still need time to be recognized, not only by international publishers and readers, but also by our blood brothers, our Indonesian readers (with all their different language backgrounds). I hope things will change in years to come, as Indonesian literature becomes more and more recognisable to the world.

How does it feel now, bringing Beauty Is a Wound to readers outside your home country?

I always believe that we, as individuals or as nations, tend to talk to each other. Writing literary works in Indonesian is a solitary act, like a soliloquy. Only a small number of Indonesians read books (although literacy rates are high, around 93% of the population), and it’s a smaller number who read literary works. The Indonesian language is only used by Indonesians (in a wider sense, by Malaysians, too), so it’s not easy to reach readers outside our home country unless our works are translated (and the number of good translators is very limited). So, when I find my works being translated and published abroad, I feel like I’m receiving a ‘ping’ from an extraterrestrial. To be honest, I am absolutely thrilled.

Can you tell us a little about the literary scene in Indonesia? Are you able to spend much time with other local authors? Is there a strong sense of community amongst Indonesian writers?

I have spent a lot of time with my friends, many of whom are writers. Nowadays I prefer to stay at home, to read and write and be with my daughter. Indonesian writing has a strong sense of community; it’s common for a writer to belong to a literary group. In the case of many writers, I can say that we know each other, at least by name. In Indonesia, to be a writer is a kind of social duty rather than an individual commitment.

What are your hopes for the future of writing and literature in Indonesia?

I hope more and more Indonesians read books, especially literary works. It’s great to see Indonesian literary works being translated and published abroad, but I still think it is pointless without being read by the people in our own country.

Eka will be a guest at the 2015 Melbourne Writers Festival  for ‘In Conversation with Eka Kurniawan’ on 28 August and ‘Reading Indonesia’ on 29 August.

He will also be speaking at the 2015 Brisbane Writers Festival, and will appearing in the three sessions across the festival program: ‘BWF in the ’Burbs’ on 4 September; and ‘Beauty Is a Wound’ and a panel session ‘Straddling Cultures’ on 5 September.