Text Publishing and the New Zealand Society of Authors Te Puni Kaituhi o Aotearoa (PEN NZ) Inc are thrilled to announce that submissions for the 2021 Michael Gifkins Prize for an Unpublished Novel are now open.

The prize, which celebrates the life and work of the writer and agent Michael Gifkins, seeks fiction manuscripts by published and unpublished authors who hold New Zealand citizenship or who are permanent residents of New Zealand. The winner will receive a publication contract for world rights from Text, and an advance of NZ $10,000.

Submissions to the 2021 prize will close at midnight NZST on Saturday 31 October 2020. The shortlist will be announced in April 2021 and the winner in May 2021. The prize will be administered by the New Zealand Society of Authors (PEN NZ Inc). Entry forms and terms and conditions can be found here. 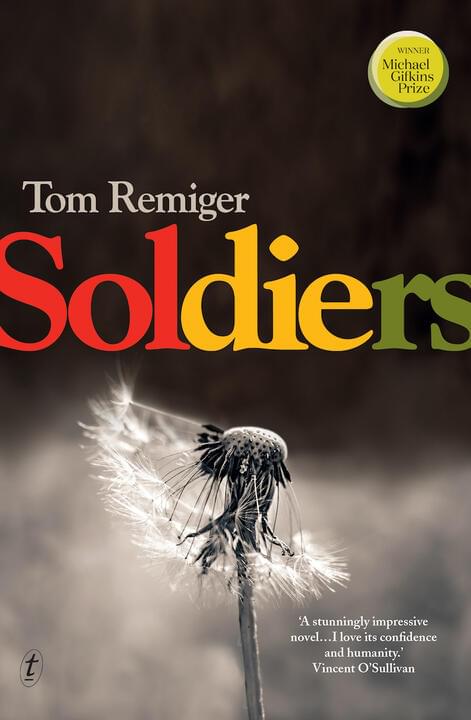 Soldiers explores what happens when men go to war. On winning the prize, Remiger said: ‘I’d very strongly recommend applying for this prize. It’s a great way to get your book launched into the world in a way that helps it stand out, and the money doesn’t hurt, but – most importantly – Text are great publishers to work with, and really nice people as well. My manuscript was hugely improved by careful and sensitive editors who knew what they were doing – and then the manuscript got turned into a book which looks great and will eventually be broadly distributed, all in a way which made it look easy’

The Gifkins Prize was first awarded to Ruby Porter for her debut novel, Attraction, which was longlisted for the Ockham New Zealand Book Awards earlier this year.

The Gifkins Prize is made possible by a generous financial commitment from the Gifkins family and from Text Publishing. It is administered by the NZ Society of Authors Te Puni Kaituhi o Aotearoa (PEN NZ) Inc.