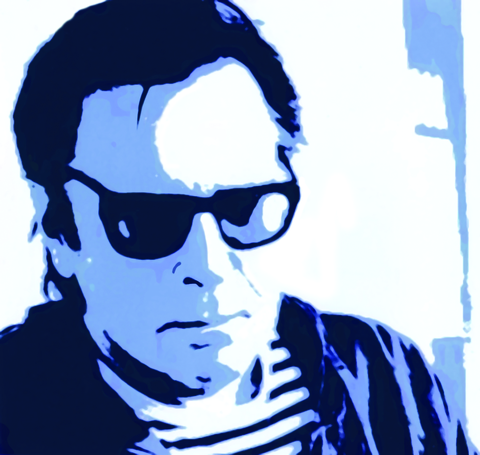 It is with great sorrow that we share the news that Boyd Oxlade, author of Death in Brunswick, has passed away.

Boyd Oxlade was born in Sydney, and educated by the Jesuits in Ireland and at Xavier College, Melbourne. While at boarding school he developed a love of reading and began to write fiction. Oxlade attended Monash University in Melbourne during the heady years of student protests, then lived in Carlton—for a time in a converted chicken shed—before the suburb became gentrified.

He worked occasionally as a cook and as a gravedigger, but was mostly on the dole: once for nine years straight. Hoping in vain to make some money, Oxlade wrote a short novel, Death in Brunswick. It was published by Heinemann in 1987 and acclaimed for its finely tuned comic depiction of Melbourne’s ethnically diverse inner-northern suburbs.

He then co-wrote the screenplay for a film adaptation of the book with the director John Ruane. Released in 1991, the movie starred Sam Neill, Zoe Carides and John Clarke, and became a cult hit. Its grave-digging scene remains one of the most famous moments in Australian cinema.

Oxlade lived in Hobart for six years, then returned to Melbourne, where he wrote screenplays and stories, ‘mostly with no success’. He had poems published in overseas magazines and drafted a screenplay called ‘Ron Elms, the Flying Butcher of Alamein’—to which he returned in recent years, with the aim of reworking it as a novel.

Death in Brunswick was republished as a Text Classic in late 2012. In his introduction, Shane Maloney observed: ‘Flaccid Carl [is] one of the most unlikely protagonists in Australian literature. The title alone is worth the price of admission. Forget Venice, it declares. Step aside Mann and Mahler, Visconti and Bogarde. Here is a book primed to take the micky.’

As dryly funny in person as he was in print, Oxlade was influenced by the novels of Evelyn Waugh, in particular The Loved One, and Patricia Highsmith. ‘He had a mop of black hair, the demeanour of a private schoolboy going to seed, a watchful eye and a sarcastic turn of phrase,’ Maloney noted. ‘He made for convivially misanthropic conversation over a glass or three.’