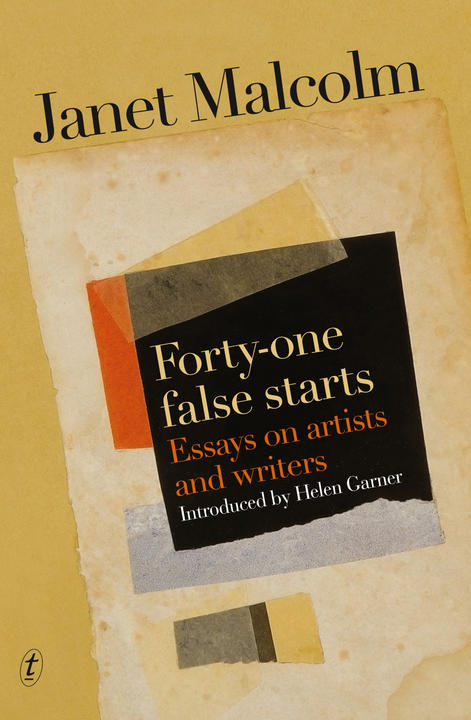 In The Not Returning Part of It, Malcolm observes that ‘those who have been lied to are especially prone to compulsive truth-telling’. The unlikely placement of the adjective underlines Malcolm’s suggestion throughout this collection that truth is complex, and its invention a risky and sometimes dubious project. Her own superb melding of the invented with the observed is, to borrow Garner’s words, ‘free-striding’, fearless and sparkling. Felicity Plunkett considers Janet Malcolm’s new collection.

The Millions calls Forty-One False Starts an ‘explor[ation of] the artist’s temperament as a source that feeds and is adjunct to the making process, rather than as something of separate and greater meaning.’

Read more about Forty-One False Starts here. This collection can be found in all good bookshops and on our website.