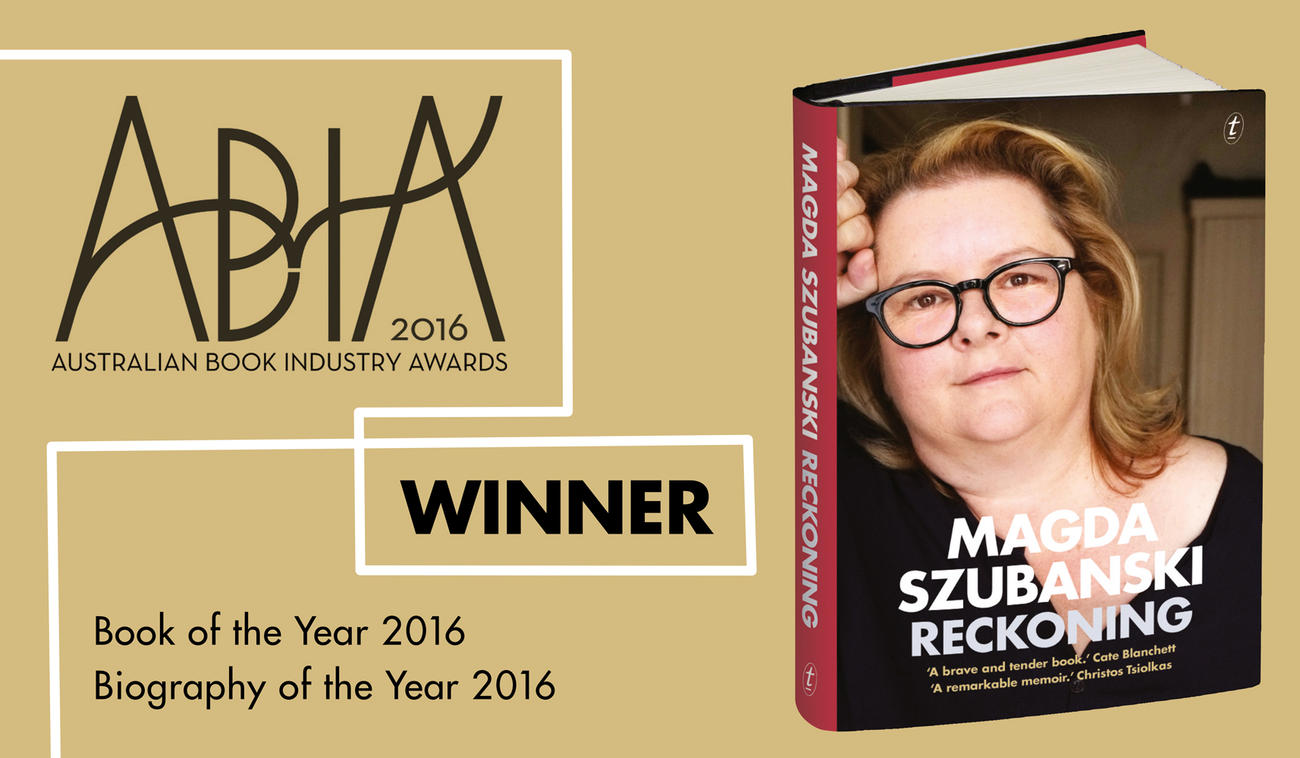 After an amazing critical reception and a comprehensive author tour—including 43 speaking events and 72 bookshop signings from Launceston to Noosa, Perth to Wagga Wagga, and everywhere in between—Magda Szubanski’s memoir Reckoning was last night awarded Biography of the Year and outright Book of the Year at the Australian Book Industry Awards.

The book industry’s highest honour caps off an amazing run of success for Magda: Reckoning won the Douglas Stewart Prize for Non-Fiction at the NSW Premier’s Literary Awards on Monday and took out the Indie Award for Non-Fiction in March. The memoir is also on the shortlist for the Nielsen Bookdata Booksellers Choice Award, with the winner to be announced later this month.

Reckoning, published by Text in October last year, is the beautifully written life story of one of Australia’s most loved performers—framed by her experiences growing up in the shadow of her father’s espionage activities in wartime Poland. With courage and compassion, the book addresses Magda’s own frailties and fears, and asks the big questions about life, about the shadows we inherit and the gifts we pass on.

Reckoning was hailed as ‘a riveting, overwhelmingly poignant autobiography by a woman of genius’ by the Australian: ‘Every library should have it, every school should teach it.’ Cate Blanchett called it ‘a brave and tender book about everything that matters most in life’, while the Sydney Morning Herald described it as ‘sensitive and searching, colourful and vividly composed.’

The ABIAs recognise publishers’ work in editing, design, production, marketing, publicity and sales, as well as authors’ achievement. And the team at Text will be cracking open the Australian sparkling wine to celebrate Magda’s success later this afternoon.