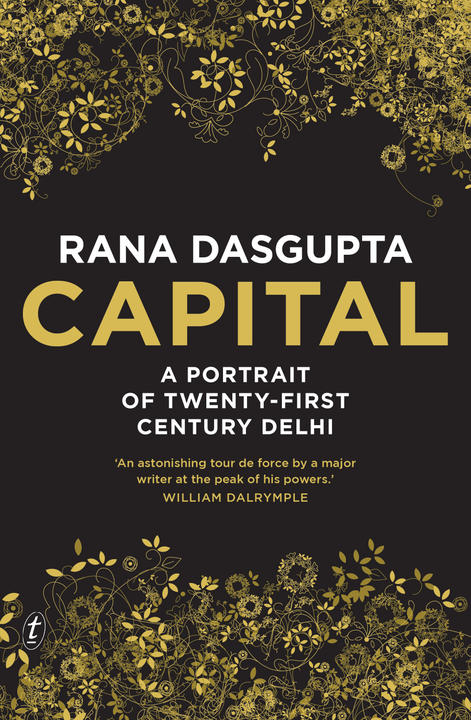 Celebrated novelist Rana Dasgupta’s first work of non-fiction, Capital: A Portrait of Twenty-First Century Delhi, is the inside story of India’s fastest-growing megacity. Through a series of fascinating personal encounters Dasgupta tells the story of Delhi’s journey from walled city to world city and the effect this rapid change has had on every resident, from the very poor to the very rich.

‘Capital is a remarkable and exhaustive account of a primordial free-zone whose assets are being stripped by the wealthy,’ says the Independent. ‘A city which once gave hope to millions after the violence of India’s partition in 1947 now only serves the rich.’

The Telegraph finds that Dasgupta’s ‘lyrical encounters with a wide range of modern Delhiites reveal a novelist’s ear and are beautifully sketched.’

‘[T]he interviews at the core of the book are a cleverly tangential way to investigate a city that is among the world’s largest,’ says the Financial Times. ‘As we read of Delhi’s frantic modernisation…we trace Dasgupta’s personal journey from excited arrival in 2000 to disillusionment.’

Jason Burke, writing in the Guardian, calls Capital an ‘intense, lyrical, erudite and powerful book…Dasgupta has provided a welcome corrective to the reams of superficial travel writing describing the whimsical, the exotic, the booming or simply the poverty-stricken in India. His is a much more complex, darker story and it is no surprise that his book is peopled by the corrupt, the tragic and the terrified.’

‘Dasgupta’s combination of reportage, political critique and oral history is mordant rather than dyspeptic, sorrowful rather than castigatory,’ says Sukhdev Sandhu in the Guardian. ‘But what makes it more than a local study, what makes it so haunting, is that its textured, tart accounts of the privatisation of public space, of the incestuous relationship between the political and business classes, of the precarity that renders daily life so fraught all apply as much to Britain and the west as they do to the Indian capital.’

Capital: A Portrait of Twenty-First Century Delhi will be available in bookshops and online from Wednesday 26 March.