Text warmly congratulates Gerald Murnane on winning the Melbourne Prize for Literature. Gerald was awarded the $60,000 Prize at a ceremony in Melbourne last night.

In his entertaining acceptance speech, Gerald told how he had lived nearly all his life in the suburbs of Melbourne, and that he had decided not to apply for the prize in 2006 because he thought it encouraged the winner to travel overseas. He said in all his years in Melbourne he had never once wanted to leave, and felt this would be more of a punishment than a prize. He finished by reciting the street name and suburb of every house he had ever lived in.

Gerald Murnane won the Patrick White Prize in 1999 for a writer whose work has been under-recognised. At the time, none of his books were in print. Text quickly republished his novel The Plains to rectify this. 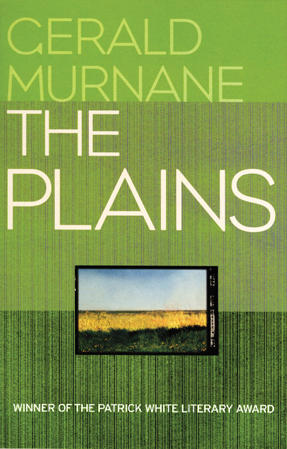 It is a work of genius by a highly original writer. We recently sold translation rights to the prestigious French publishing house Editions P.O.L..

His latest novel is The Barley Patch, published by Giramondo

The Melbourne Prize is part of a three-year cycle of awards run by the Melbourne Prize Trust, which also recognises urban sculpture and music. The previous winner of the Literature Prize was Helen Garner in 2006.