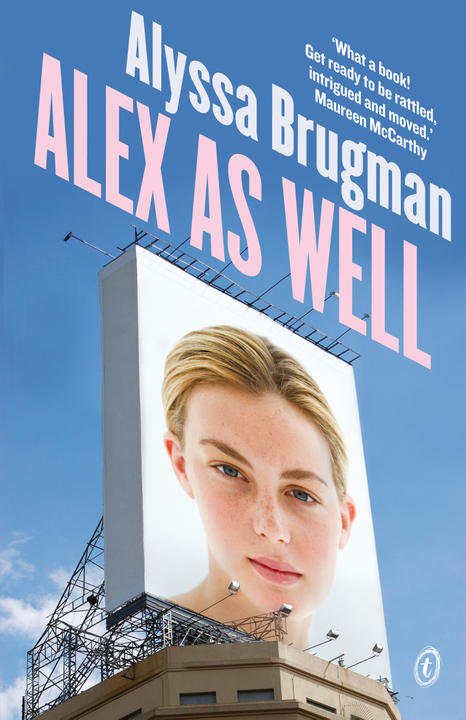 Alyssa Brugman is the author of several acclaimed and popular novels for young adults. Her new novel is Alex As Well, the confronting and heartfelt story of a teenager raised as a boy, who wants to be a girl.

Alyssa talked to us about some of the stylistic choices she made in writing Alex As Well.

Alex As Well has some quirks in the way it was written.

In the story we hear from Alex’s mother, Heather, on an internet forum called ‘motherhood shared’. In it she talks about her struggle with Alex’s decision, the guilt she feels about the part she has played, and her continued questioning as to whether Alex is making the right choice.

Heather’s blog posts have spelling errors in them. I did that on purpose. Often people write these sorts of entries on their phones, or in a hurry, and as a result, typos are characteristic of internet writing. If you go to most internet forums you will find that people are quite relaxed about punctuation and grammar. Deliberate misspelling and use of acronyms is commonplace. Further, spelling errors are a familiar custom for epistolatory writing. Some of you might remember Penny Pollard’s Letters and The Secret Diary of Adrian Mole, which both used this style to splendid comic effect.

In terms of developing Heather as a character, correcting spelling along the way is a courtesy that people pay when they have an interest in the reader comprehending what they are saying. Heather is stressed, and she’s engrossed in expressing her own feelings. The blog posts are more about her reordering her emotions in her own mind, and retrospectively justifying her behaviour. It is one of the ways in which she is unreliable. She is less interested in making sure that she is understood. She’s also not interested in what other people think unless it relates to her. That kind of preoccupation with her own state of mind is also a feature of the relationship that she has with Alex. I’ve used the arrangement of the text itself to convey that element of her character.

Some readers are going to find this technique offensive. They’re going to blame poor Jane, my editor, who didn’t like it either. It really was much worse before she got to work on it!

I appreciate that some people feel very strongly about correct spelling. I hope that it doesn’t spoil your enjoyment of the book.

Alex As Well is out 30 January.