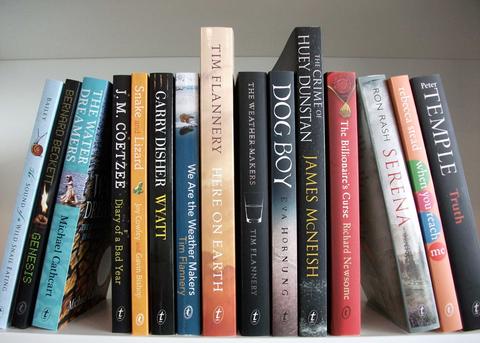 With the year winding down, it is a great time to look back on all the fantastic books and authors that have won awards this year. They represent a truly diverse range of books and we warmly congratulate all the authors on their successes.

And, in case you are still seeking last minute gifts for Christmas, you’ll find something for everyone here.

When You Reach Me by Rebecca Stead, Winner 2010 Newbery Medal, Winner 2010 Boston Globe-Horn Book Awards for Excellence in Children’s Literature

The Bridge by Jane Higgins, Winner 2010 Text Prize for Young Adult and Children’s Writing (to be published August 2011)

J. M. Coetzee (Diary of a Bad Year), knighted in the Order of the Dutch Lion by The Royal Civilian Order of the Netherlands