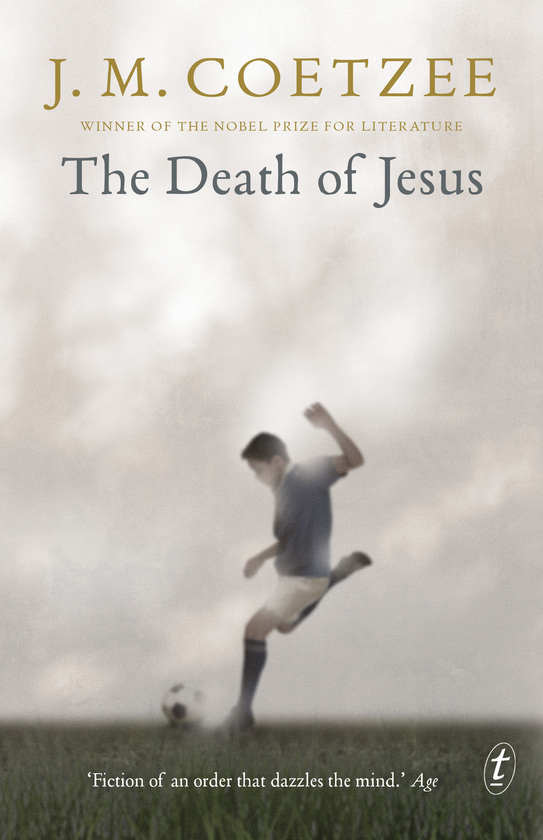 The Death of Jesus

After The Childhood of Jesus and The Schooldays of Jesus, J. M. Coetzee completes his trilogy with a new masterwork, The Death of Jesus.

David has grown to be a tall ten-year-old. He is a natural at soccer, and loves kicking a ball around with his friends. His father Simón and Bolívar the dog usually watch. His mother Inés works in a fashion boutique.

David still asks lots of questions. In dancing class at the Academy of Music he dances as he chooses. He refuses to do sums and will not read any books except Don Quixote.

One day Julio Fabricante, the director of a nearby orphanage, invites David and his friends to form a proper soccer team. David decides he will leave Simón and Inés to live with Julio. Before long he succumbs to a mysterious illness.

In The Death of Jesus, J. M. Coetzee continues to explore the meaning of a world empty of memory but brimming with questions.

‘Coetzee is the most radical shapeshifter alive.’

‘Viewed as the culmination (if not necessarily the conclusion) of [Coetzee’s] long literary career, these distinctive late fictions achieve a remarkable synthesis of the influences, styles, and thematic preoccupations that have animated his work for the better part of half a century.’

‘Everything in The Death of Jesus, like its predecessor volumes, is wrapped in a mystery that works and weaves like the half-remembered music of a dream…you are self-evidently in the presence of a masterpiece…The Death of Jesus is fiction of an order that dazzles the mind.’

‘197 pages that will last forever. The book is a masterpiece, the near-perfect culmination of a trilogy that only Coetzee could write…[H]e is the world’s greatest living writer.’

‘The culmination of the masterwork of a sequence characterised by the power of its vision and the poignancy of its articulation, the work of a supreme master.‘

‘A poignant, beautifully executed conclusion to J. M. Coetzee’s most philosophical set of novels to date.‘

‘The Death of Jesus brings Coetzee’s haunting but enigmatic Jesus trilogy to an end…as we read the affecting surface story it seems that there is some deeper vein in our consciousness being constantly tapped, as if beneath the straightforward text there rolls the ur-narratives of the Western canon.‘