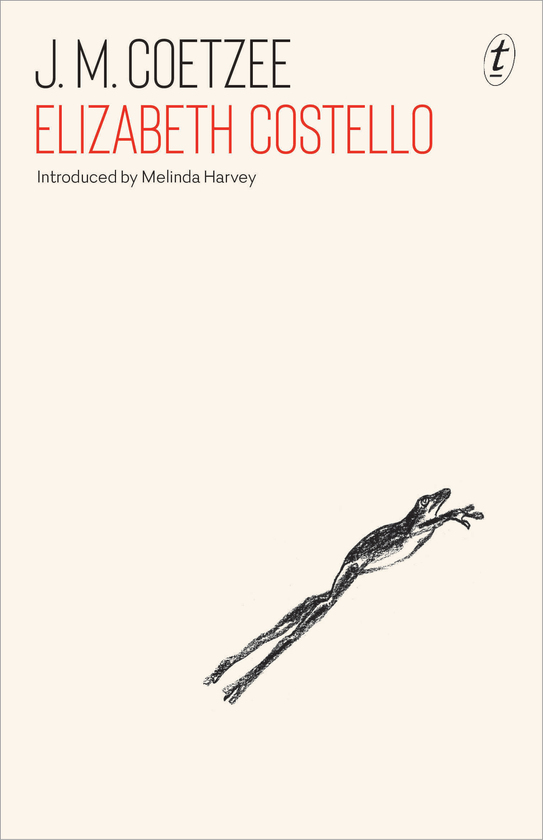 Belief may be no more, in the end, than a source of energy, like a battery which one clips into an idea to make it run.

Elizabeth Costello is a distinguished Australian author in her mid-sixties celebrated for a novel she wrote decades earlier. In a series of eight ‘lessons’—the transcripts of lectures and speeches—she examines such subjects as animal rights, evil and the afterlife. Published in 2003, Elizabeth Costello was the first book J. M. Coetzee published in his new home of Australia. With its blurring of the lines between fiction and non-fiction, its rigorous interrogation of weighty ideas and moments of bleak comedy, the novel issued a new and complex challenge to Coetzee’s readers.

Melinda Harvey is a lecturer in literary studies at Monash University, Melbourne. She has published widely as a book critic for over a decade and is a judge of the Miles Franklin Literary Award.

‘An intimacy born from urgency crackles through each of [Coetzee’s] books, as if one is not reading a text but being plugged into a brand new form of current—reinvented each time to carry a new and urgent form of narrative information.’

‘Coetzee is the most radical shapeshifter alive.’