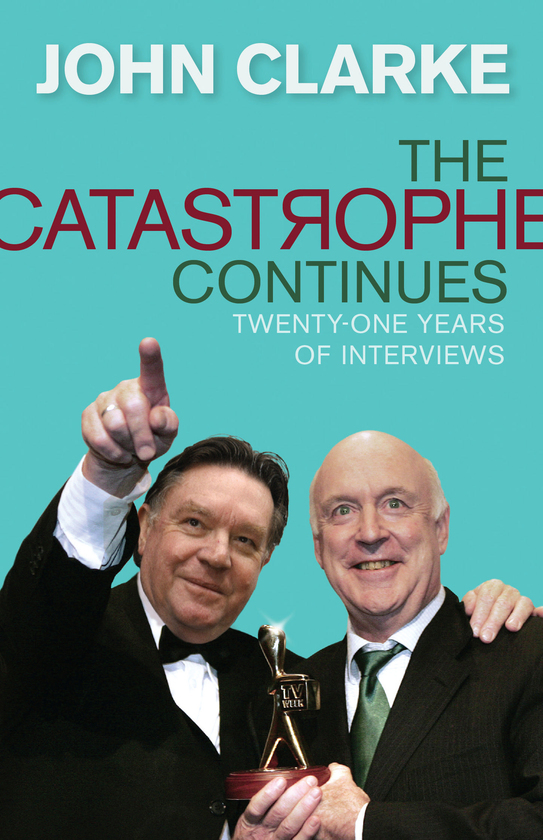 The Commonwealth of Australia is a Constitutionally Democratic Coal Mine and Media Cartel whose Official Religion is Sport and whose Head of State is a foreign monarch. The Economy is run using the Schlieffen Plan, the Duckworth-Lewis system and the Holger Nielsen method.

Australia has six states: Happy, Dopey, Grumpy, Sneezy, Hither and Yon. The major political group, the Australian National Labor and Liberal Party, has been in office since records first began. The deckchairs are rearranged from time to time to give the impression of colour and movement.

Section 51 of the Australian Constitution prevents the country from working properly by providing that the federal government runs the taxation racket but that the states run the hospitals, education, police, the judiciary, roads, public transport, and local government. Good luck in this area.

‘You can’t fault John Clarke and Bryan Dawe for balance: they make bipartisan fun of everybody they can…even if you have ever heard them broadcast, they are still eminently amusing.’

‘When the daily news depresses you, turn to Dawe and Clarke for blessed relief.’

‘Exposing the truth and hypocrisy of government and policy, this is political satire at its best.‘