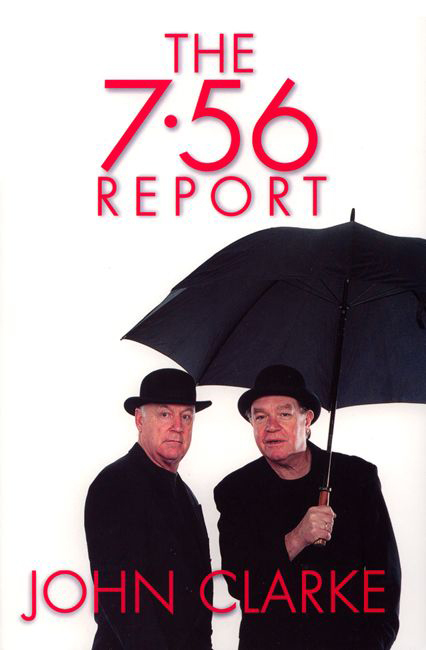 The inimitable John Clarke is back with another hilarious collection of the highs and lows in the political career of the now ex-government. Interviews with Australia’s leading citizens, drawn from John Clarke and Bryan Dawe’s weekly broadcasts on ABC’s 7.30 Report, from 2003 to 2006.

THE FEDERAL ELECTION: A USER’S GUIDE

Why have an election?

Yes, we get this one a lot. The simple answer is that the constitution provides for Federal elections to be held every now and again to give the impression that we live in a democracy. Just go with it.

How does it work?

Stage 1 . Each side picks a leader, one old and past it, one new and inexperienced; one from Sydney, one from somewhere else.

Stage 2 . The media backs both sides. The new man romps ahead in the polls.

Stage 3. The parties swap policies. The old leader announces policies to address the failures of his own government. The new leader stresses his conservative credentials and undertakes, should he win, to build a better mousetrap. Both parties are now essentially absurd.

Stage 4 . An election is called.

Stage 5. You enter a booth to cast your vote. The lemons will come up. Select one of the lemons to become prime minister.