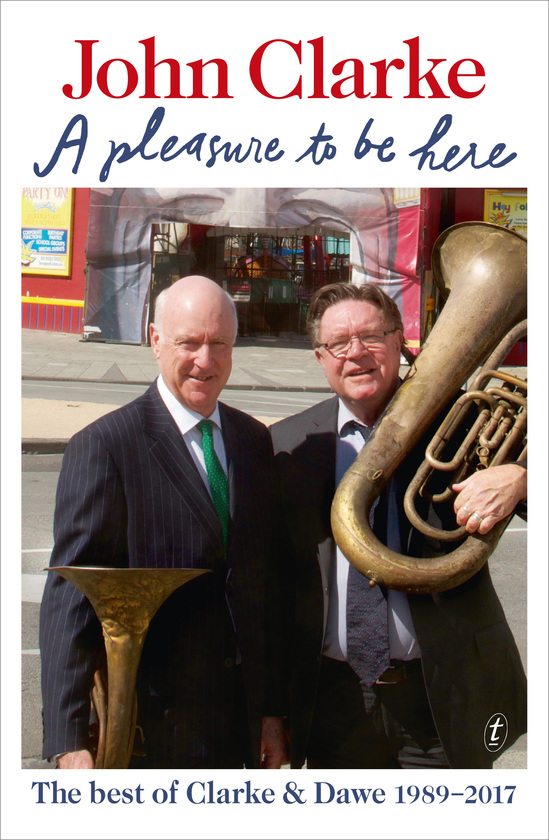 A Pleasure to Be Here: The Best of Clarke and Dawe

A hilarious collection of interviews discussing the highs and lows in the public and political life of Australia over the past three decades. Drawn from John Clarke’s and Bryan Dawe’s weekly broadcasts, these timelessly funny scripts will delight readers as they revisit the scandals and stuff-ups of our lifetimes. Politics was never so preposterous. All the old favourites are here: Bob Hawke, Margaret Thatcher, Bob Collins (‘the front fell off’), Paul Keating, Alan Bond, John Howard, Kevin Rudd, Julia Gillard, Tony Abbott and Malcolm Turnbull.

Other editions ofA Pleasure to Be Here
Other Titles byJohn Clarke

ShareA Pleasure to Be Herevia:

ShareA Pleasure to Be Herevia:

Extract fromA Pleasure to Be Here

Rights forA Pleasure to Be Here