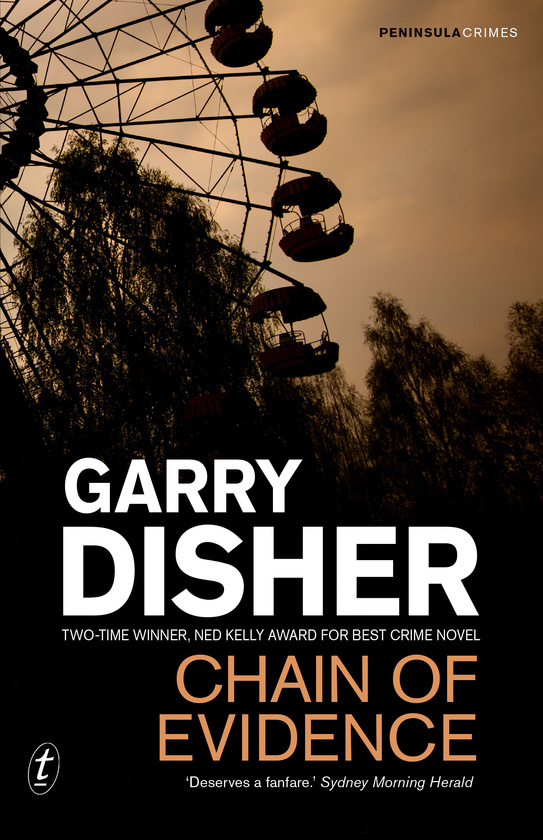 Read a sample chapter from Chain of Evidence here

Twice now he’d watched her take this detour after school, down to the waterfront reserve, to the magic of the Waterloo Show. Dodgem cars, Ferris wheel, fairy floss on a stick. The Show was a magnet to all kinds of kids, but he had chosen only one.

Ten-year-old Katie Blasko is missing. Detective Sergeant Ellen Destry, alert to rumours of a paedophile ring operating on the Peninsula, is thinking abduction. Her colleagues are thinking bad family, truancy. Her boss is thinking about the media. And everyone, including Ellen, is wondering whether she’s good enough to handle this without D. I. Challis.

But Hal Challis is a thousand kilometres away, watching his father die. Ellen Destry’s leading the team on her own. And ifshe’s right, Katie Blasko is running out of time.

Garry Disher has published fifty titles across multiple genres. His last standalone novel, Bitter Wash Road, won the 2016 German Crime Prize, a prize he had previously won twice. When honoured with last year’s Ned Kelly Lifetime Achievement award, he was described by the Australian Crime Writers Association as ‘a giant not only of crime fiction...

‘Moody, inventive and extremely hard to put down.’

‘His best novel yet.’

‘This instalment puts Disher up on the world stage among the best in the business at this style of crime fiction.’

‘Another powerful statement from one of Australia’s top crime writers.’

Courier-Mail
Other editions ofChain of Evidence
Other Titles byGarry Disher