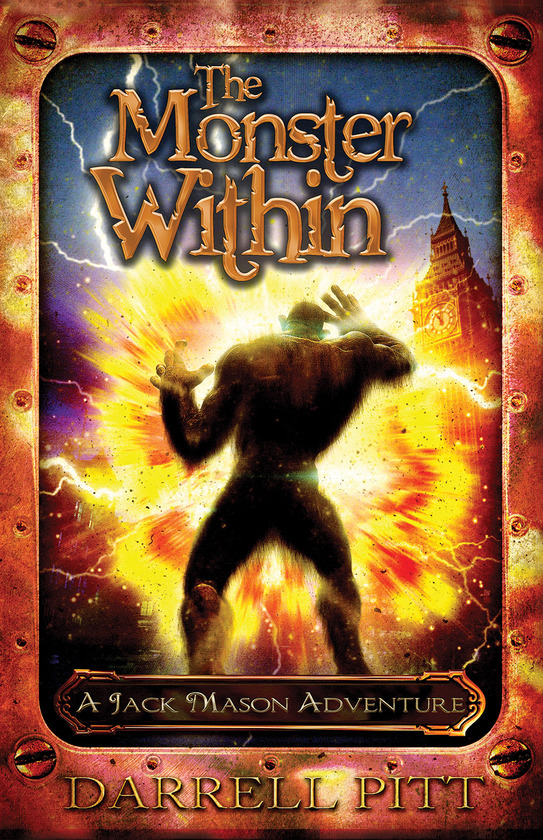 The Monster Within: A Jack Mason Adventure

After a series of fatal bombings across London, Jack, Scarlet and Mr Doyle are drawn into another baffling case: the reported sighting of a monster loose in the city’s underground sewers.

Before they can investigate, the team must travel to Spain to hunt down a group of terrorists.

But just as they close in, Jack and Scarlet are kidnapped. With their lives in perilous danger, will Mr Doyle find his young assistants in time?

While back in London, will the monster’s true origins be uncovered before it too wreaks deadly destruction across the city?

‘Charming, witty…this series no doubt will be a huge hit for early teens, the writing is intelligent and Darrell Pitt has created characters that challenge and provoke readers to invest in the storyline.’

Diva Booknerd on The Firebird Mystery

ReadPlus on The Secret Abyss