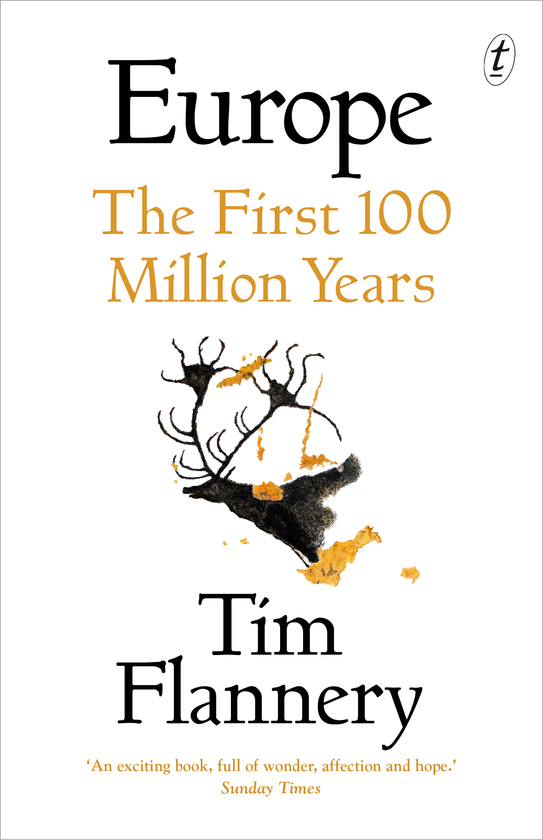 It is hard to overstate just how unusual Europe was towards the end of the age of the dinosaurs. It was a dynamic island arc whose individual landmasses were made up of diverse geological types, including ancient continental fragments, raised segments of oceanic crust, and land newly minted by volcanic activity. Yet even at this early stage Europe was exerting a disproportionate influence on the world.

About 100 million years ago, the interaction of three continents—Asia, North America and Africa—formed the tropical island archipelago that would become the Europe of today, a place of exceptional diversity, rapid change and high energy.

Europe: The First 100 Million Years is full of surprises. Over the millennia Europe has received countless immigrant species and transformed them. It is where the first coral reefs formed. It was once home to some of the world’s largest elephants. And it played a vital role in the evolution of our own species.

When the first modern humans arrived in Europe 40,000 years ago, they began to exert an astonishing influence on the continent’s flora and fauna, and now, Europeans lead the way in wildlife restoration—there are more wolves in Europe today than in the USA. This enthralling ecological history is more than the story of Europe and the Europeans, it will change our understanding of life itself.

‘This man is a national treasure, and we should heed his every word.’

‘Accessible and engaging..An enlightening and uplifting view of the future.’

‘This new book is among [Flannery’s] best…Wonderfully thought provoking…Well informed and sobering.’

‘A small book full of big ideas…This book doesn’t just wow the reader with nifty ideas; Flannery explains how they actually work, with his signature fluency and clarity.’

‘This excellent book kept making me smile from sheer pleasure at what I was learning and how astonishing life on earth really is…If there’s a better way to learn about the last 100 million years on earth, I haven’t found one.’

‘[Flannery] is a master storyteller, with an eye for the revealing detail.’

‘A masterclass in science writing.’

‘A magisterial and very readable scholarly book that will feed your dreaming self all through the winter.’

‘An exciting book, full of wonder, affection and hope.’

‘Australian writer Tim Flannery is a man of dazzling talents: scientist, climate change activist, academic, explorer. In his latest book, Europe, he also turns time-traveller, invoking HG Wells’ fictional invention as he first sets the dials to whizz back 100 million years, before the continent had begun to emerge as a separate entity.’

‘Tim Flannery is a masterly narrator. He describes the development of flora, fauna, landscape and climate, of assassin snails and plesiosaurs right up to the appearance of homo sapiens so vividly that you become an eye witness…the further you read, this nonfiction book becomes a novel. It’s a wonderful natural history of Europe and of the region on our planet that would become Europe.’