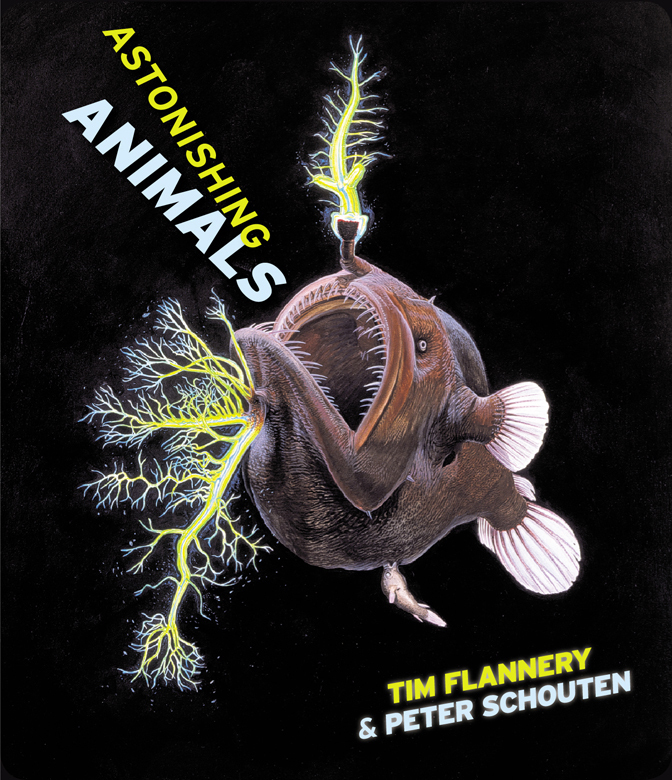 In 2001 Text Publishing released Tim Flannery and Peter Schouten’s A Gap in Nature, a moving and beautiful account of the extinction of around 100 species since Columbus. It was also published in the US, the UK, the Netherlands, Germany, Korea and Taiwan, and enthralled readers around the world.

Peter Schouten and Tim Flannery have collaborated again to create another gorgeous treasury of remarkable creatures. Astonishing Animals reveals ninety-seven of the world’s most amazing beasts—from the depths of the oceans to the loftiest mountain heights. These creatures exist at the ‘outer limits of life’s progress’.

Here are sumptuous birds of paradise, amazing soft-shell turtles, terrifying fish, frogs that resemble tomatoes, chameleons and the most bizarre bats you could imagine. The text accompanying each species is full of interesting facts and stories, and covers extreme environments, specialised diets, bizarre reproduction and strange worlds.

As Flannery observes, this collection lifts readers out of their everyday perception of our place, and other creatures’ places, in nature. To imagine the life of a creature like the hairy seadevil takes us into another realm, for it lives under pressure that would crush us in an instant, in a world of impenetrable darkness and freezing cold, with no edges or ends, just an eternity of space.

Peter Schouten’s beautifully detailed paintings and Tim Flannery’s thought-provoking text bring to life these astonishing animals that represent evolution at its most remarkable and nature at its most beautiful and bizarre. There are no other books like Astonishing Animals! No matter how weird these animals look, each one really exists and can be found somewhere on the planet today. With just one exception… one of the animals in this book does not exist. But we’re not telling which. You’ll have to guess! 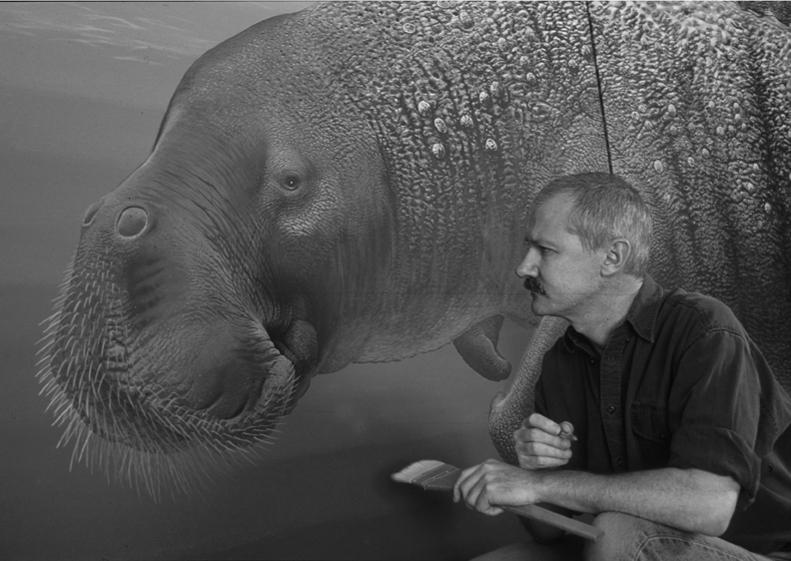 Peter Schouten’s work has been exhibited at the Fine Arts Society in London and is held at the Naturalis Museum in Leiden and in major Australian collections.

‘Flannery’s words…tell us much. Each piece of text is an informative and thought-provoking natural history story…Astonishing Animals [is] a large, glossy, luxuriously produced work: 97 creatures are wonderfully and lovingly illustrated by Schouten, often with extraordinary double-page illustrations…How, one wonders, can a lavish work like this be sold for $50?’

‘The illustrations are stunning. Schouten is an artist with an uncanny sense of capturing animals on the page, His paintings seem to shimmer with energy.’

‘Peter Schouten’s illustrations are superb, bringing the creatures to life.’