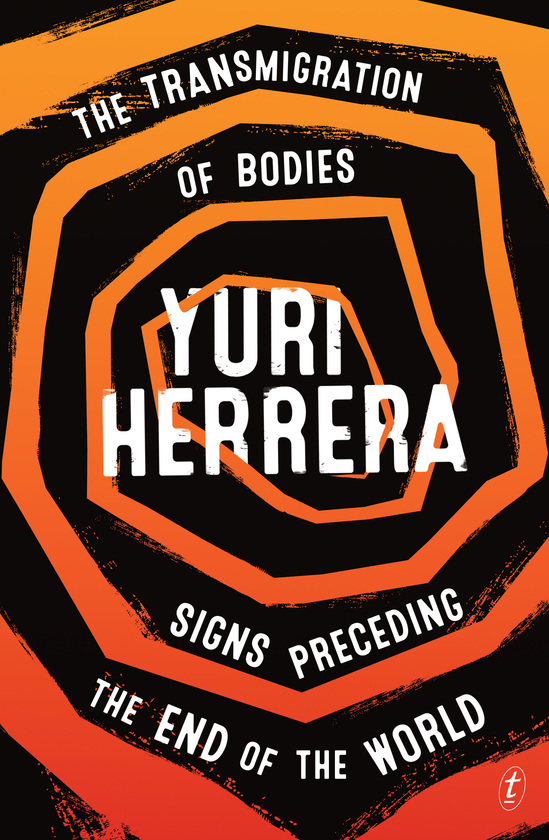 Two astonishing novellas, by ‘Mexico’s greatest novelist’, in one volume.

Hilarious and horrifying, Yuri Herrera’s The Transmigration of Bodies is a gritty, feverish novella, written in dazzling prose that is both bawdy and poetic. A plague has brought death to the city. Two feuding crime families with blood on their hands need our hard-boiled hero, The Redeemer, to broker peace. Both his instincts and the vacant streets warn him to stay indoors, but The Redeemer ventures out into the city’s underbelly to arrange for the exchange of the bodies they hold hostage. Lust and crime and a lack of condoms all feature in this brilliant novella about living in a city filled with the dead, and where no one can distinguish between the guilty and the innocent.

A response to the violence of contemporary Mexico, with echoes of Romeo and Juliet, Roberto Bolaño and Raymond Chandler, The Transmigration of Bodies is a noir tragedy and a tribute to those bodies—loved, sanctified and defiled—that violent crime has touched.

Signs Preceding the End of the World is a masterpiece, haunting and arresting, spare and poetic, a condensed epic about immigration. Yuri Herrera does not simply write about the border between Mexico and the United States and those who cross it. He explores the crossings and translations people make in their minds and language as they move from one country to another, especially when there’s no going back.

Traversing this lonely territory is Makina, a young woman who knows only too well how to survive in a violent, macho world. Leaving behind her life in Mexico to search for her brother, she is smuggled into the USA carrying a pair of secret messages—one from her mother and one from the Mexican underworld. 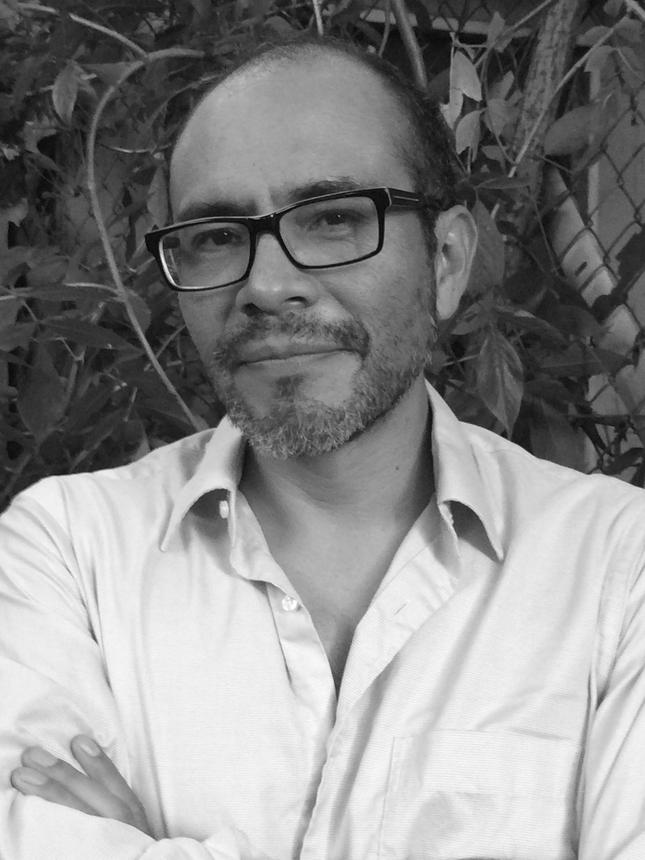 Born in Actopan, Mexico, in 1970, Yuri Herrera studied Politics in Mexico, Creative Writing in El Paso and took his PhD in literature at Berkeley. His first novel to appear in English, Signs Preceding the End of the World, was published to critical acclaim in 2015 and included in many Best-of-Year lists. He is currently teaching at the...

‘Bracingly unbookish…The after-effect is more like that of a video game or Marvel comic, with both the brightness and unabashed flatness those entail. Darkly satisfying…A darkly satisfying tale.’

‘A novella in nine dramatic acts loaded with images, moments suspended in time that evolve into an extended dream, or rather a cautionary tale…The author of playful, prophetic, unnerving books that deserve to be read several times, with dialogue so telling it eats into your brain rather like the worm in the Redeemer’s preferred mescal, Herrera is a writer for our doomed epoch.’

‘Herrera’s brilliantly surreal turns of phrase mirror the strangeness of the world: he knows that brutal everyday truths are best revealed through dreams. Blood-soaked, driven deep and expertly written.’

‘Herrera combines lyricism with wry, black humour and employs a range of registers, colloquialisms and neologisms…In extraordinary prose he creates stark landscapes and surreal scenarios which remain with you long after the final pages…A major new talent.’

‘Yuri Herrera’s tiny, beautiful novels each conjure myth and metaphor from a contemporary experience in a precise location, transformed by archaic-colloquial prose.’

‘A wondrous mash-up of styles which works solely and splendidly due to Herrera’s sureness of touch.’

‘As with many great and weighty storytellers, it’s hard to avoid oxymorons while describing Herrera’s achievements. His stories have the impact and ambition of epics but clock in at around 100 pages. The Transmigration of Bodies has gravity and insight, as well as historical and literary allusions, which override the zeitgeist and suggest something mythical.’

‘Herrera’s prose is beyond hard-boiled: it’s baked dry by the unrelenting desert sun, then picked clean by vultures.’

‘In the vein of Frank Miller’s tale of crime and underworld, Sin City, and tinged with classic, yet ironic, Shakespearian tragedy.’

‘Herrera switches rapidly between the tropes of screwball comedy, hard-boiled thriller, apocalyptic fiction, and existential tragedy…There’s plenty to admire about this allegorical vision of a country under lockdown, where violence and death have ceased to be the motors for fiction, instead becoming the backdrop of everyday life.’

‘Mexico’s Yuri Herrera is a rare thing: a writer to get truly excited about…It is writing that is simultaneously concise and epic, dynamically plotted and intelligent, aware of literary heritage and stunningly original…This is stunning writing that demands and deserves attention.’

‘A splendid and magnificent read…The language is an absolute tribute to the translator.’

‘[The Transmigration of Bodies] captures the feel of the post-epidemic world with consummate ease: the paranoia and desperation are almost palpable.’

‘Herrera knows what he is talking about and says it as it is, with power and without restraint.’

‘There’s a weight to Herrera’s concise prose, more to extrapolate from his simple sentences than a first glance might imply. These two novellas are stunningly original pieces of work from a writer to watch.’

‘Herrera’s novella becomes a micro-epic, at once clear and ambiguous, transcultural, localised but applicable to countless sagas of migration across the globe. In scarcely more than one hundred pages, it encapsulates a story that is much bigger than itself.’

‘The border between the United States and Mexico is at the heart of this surreal, unsettling short novel which–as the title might suggest–abounds with discomfiting and apocalyptic imagery. On one level, it tells a realistic story, in that its protagonist endeavors to cross the border into the United States in search of her missing brother. On another level, however, it tells a more primal one, turning its location and basic plotline from something contemporary to something elemental and mythical.’

‘These two novels are a testament to the fine work that can come from a magnificent writer paired with a talented translator…This book will grip onto you tightly as you read, and stay with you long after you’ve finished.’

ShareThe Transmigration of Bodies and Signs Preceding the End of the Worldvia:

ShareThe Transmigration of Bodies and Signs Preceding the End of the Worldvia: