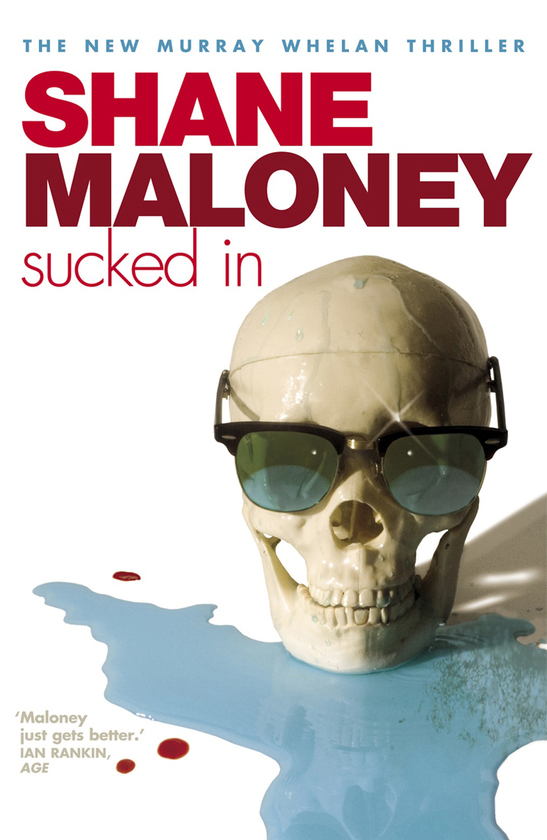 Now pushing fifty, Murray Whelan is spinning his wheels in parliament, a toothless cog in a stalled political machine. The millennium is coming but the prospect of Labor regaining power is utterly remote.

But when the remains of a long-dead union official are found in dried-up Lake Nillahcootie, Murray soon gets sucked into murky waters. For a start, it seems that his old mate Charlie Talbot was implicated. But Charlie has just dropped dead of a coronary occlusion in the dining room of the Mildura Grand Hotel, leaving a grieving widow and a lot of unanswered questions.

The press is sniffing around and Labor’s enemies are lining up for a free kick. And then there’s the blackmail attempt.

And as if that wasn’t enough there’s an ALP preselection brawl arcing up.

Praise for Shane Maloney
andSucked In

‘One of the funniest writers in the land.’

‘The master of a genre of his own making—apparatchik lit.’

‘Sucked me in right to the end.’

Bulletin
Other editions ofSucked In
Other Titles byShane Maloney