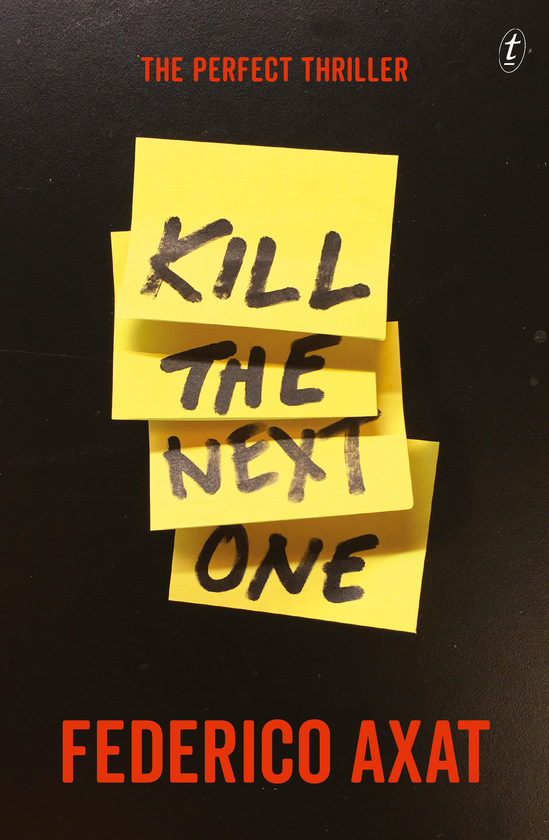 Ted has it all: a beautiful wife, two daughters, a high-paying job. But after he is diagnosed with a terminal brain tumour he finds himself with a gun to his temple, ready to pull the trigger. That’s when the doorbell rings.

A stranger makes him a proposition: kill two deserving men before dying. The first is a criminal, and the second is, like Ted, terminally ill, and wants to die. If Ted kills these men he will then become a target himself in a kind of suicidal daisy chain—and won’t it be easier for his family if he’s a murder victim?

Kill the Next One is an audacious, immersive psychological thriller in which nothing is what it seems. 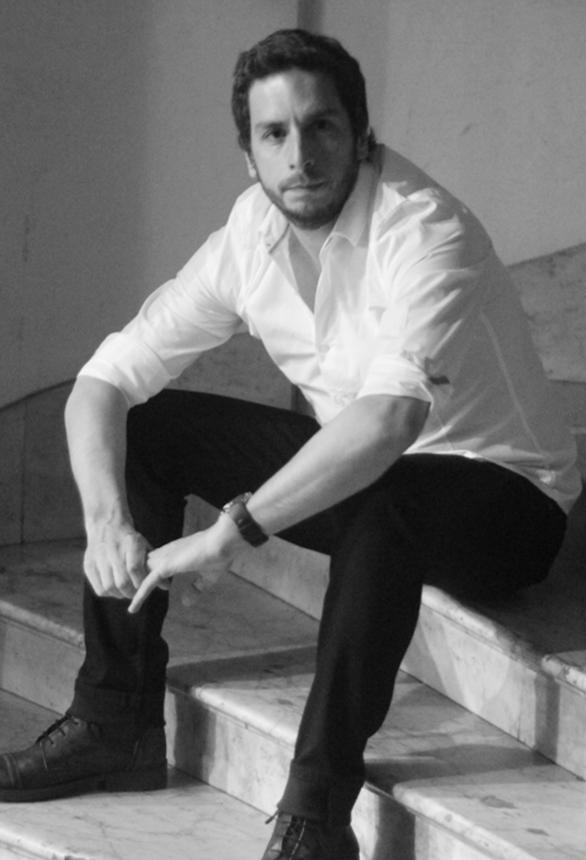 Federico Axat was born in Buenos Aires, Argentina in 1975. His earlier novels have been translated into Italian, German, French, Portugese and Chinese. His third novel, Kill the Next One, was published as La última Salida in Spanish and has become an international sensation with rights sold in 33 territories. Axat’s novels stand out for their...

Praise for Federico Axat
andKill the Next One

‘Nightmare imagery, mind-bending plot twists, and a kaleidoscopic storytelling style lend Axat’s tale a vertiginous air, but at the core of this literary fever dream lies an elegantly crafted and emotionally resonant mystery that astonishes, devastates, and satisfies in equal measure.’

‘A psychological thriller where nothing is what it seems…and where pieces are moved as in a game of chess.’

‘Take some drops of Hitchcock, the boldness of Jules Verne, the tricks of The Mystery of the Yellow Room, some Stephen King characters, the atmosphere of Shutter Island, Christopher Nolan’s film scripts, The Game, some episodes of Lost…and you won’t be able to put it down…[Kill the Next One] is a gripping, fast-paced read. A big Hollywood producer is already working on the film.’

‘With more twists than a double helix, Kill the Next One is a relentlessly-paced, unputdownable psychological thriller. It zigs one way, then zags another, providing the kind of stomach-clenching, unsettling suspense readers associate with Lauren Beukes and Stephen King…Expertly paced and plotted, and extremely visceral, with bucket-loads of surprises and genuine chills, it’s sure to be one of the most-talked about thrillers of the year. Let’s hope Kill the Next One isn’t Axat’s only book to receive an English translation. He’s a writer to watch, and this book is one to savour.’

‘Axat harnesses that uncertainty to build suspense and creates an intriguing, mind-bending thriller in the vein of Dennis Lehane’s Shutter Island.’

‘Made up of four parts, as Kill the Next One moves from one section to the next, it pulls from beneath you any presumption you might have about where its story was headed.’

‘Section after section ends with a smashing revelation that what we thought we knew was at best only part of the truth, and at worst just wrong…a clever and elaborate reconstruction of the life of a man warped into an alibi for others’

‘Axat’s work is reminiscent of Umberto Eco at his best, though with a morbid underbelly that is entirely its own…Kill the Next One marks the arrival of an astonishing new author on the world stage.’

‘The brilliant plot keeps you turning the pages.’

‘Taut, convincing…An atmospheric thriller enhanced by hints that something odd was going on.’

‘This psychological thriller is like a serpent eating its tail, weaving a web of questions, thrills, contradicting itself, reinventing itself…A dizzying maelstrom of false identities, deception on every level, psychiatric complications worthy of Hitchcock ensue by the bucket load and will leave the reader dizzy, guessing over and over until the end. A stomach-churning achievement.’

‘A twisty turny psychological thriller…Axat successfully shifts tonally from moral thriller to psychological investigation to a more conventional thriller as the pieces start to fall into place and the broader picture coalesces…Very hard to put down.’

‘Scarcely anybody has ever succeeded in a balancing act on the tightrope between mania and identity with such a pace.’

‘A mind bending thriller full of surprising twists. A real nightmare in the very best sense!’

‘A dizzying feverish dream, in which no one is to be trusted…impossible to put down, and even the final twist is brilliant.’

‘A phenomenal and philosophical thriller…a masterpiece in terms of plotting…a brilliant book.’

Extract fromKill the Next One

Rights forKill the Next One