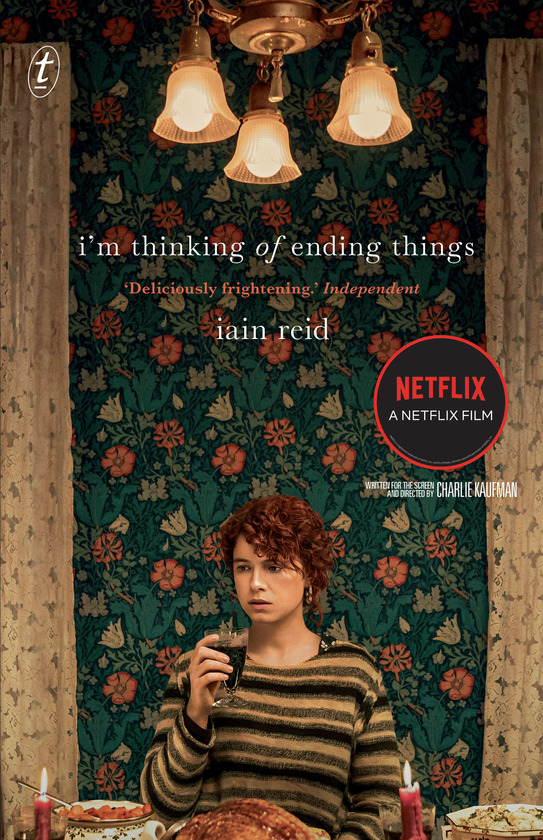 Soon to be a Netflix film directed by Charlie Kaufman.

Jake and his girlfriend are on a drive to visit his parents at their remote farm. After dinner at the family home, things begin to get worryingly strange. And when he leaves her stranded in a snowstorm at an abandoned high school later that night, what follows is a chilling exploration of psychological frailty and the limitations of reality.

Iain Reid’s intense, suspenseful debut novel will have readers’ nerves jangling. A series of tiny clues sprinkled through the relentlessly paced narrative culminate in a haunting twist on the final page.

Reminiscent of Michael Faber’s Under the Skin, Stephen King’s Misery and the novels of José Saramago, I’m Thinking of Ending Things is an astonishing and highly original literary thriller that grabs you from the start—and never lets go.

If you’ve finished I’m Thinking of Ending Things and still trying to piece it all together, check out the discussion at afterthingsend.com—but be warned, there are spoilers! 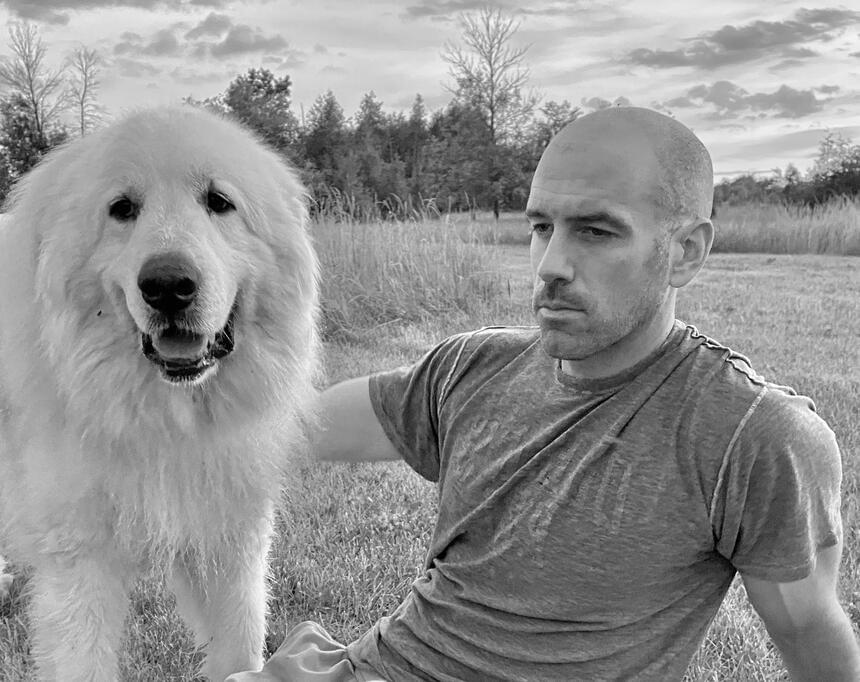 Iain Reid is the author of two critically acclaimed comic memoirs, One Bird’s Choice (winner of the CBC Bookie Award for Best Nonfiction Book of the Year) and The Truth About Luck (named by Canada’s Globe and Mail as one of the best books of 2013). Reid received the 2015 RBC Taylor Emerging Author award. He lives in Kingston, Otario.

‘I’m Thinking of Ending Things is one of the best debut novels I’ve ever read. Iain Reid has crafted a tight, ferocious little book, with a persistent tenor of suspense that tightens and mounts toward its visionary, harrowing final pages.’

Scott Heim, author of Mysterious Skin and We Disappear

‘Iain Reid’s I’m Thinking of Ending Things is an engaging and bizarre dialogue between normality and weirdness…in a novel this twisted it shouldn’t come as a surprise that its ending is even stranger than the narrative route that takes us there—but it does. Reid’s novel is a road trip to the heart of creepiness.’

Sjón, author of The Blue Fox

‘Here are some near-certainties about I’m Thinking of Ending Things. Number one: you’re going to read it fast. Over the course of an afternoon or an evening. The momentum is unstoppable—once you start, you won’t be able to stop. And two: once you race to the end and understand the significance of those final pages, you won’t be able to stop thinking about it. This novel will find a spot in your heart and head, and it will live there—for days, weeks, months, or (in my case) the rest of your life. Yes. It really is that good.’

Craig Davidson (AKA Nick Cutter), author of Cataract City and The Deep

‘An unsettling psychological horror novel…I’m Thinking of Ending Things begins with the unnamed narrator setting off with her boyfriend to visit his parents at their remote farm, and soon devolves into an unnerving exploration of identity, regret and longing. Delightfully frightening.’

‘I’m Thinking of Ending Things is an utterly compelling modern Gothic that stakes its claim in the inner precincts of horror. Reid builds tension the way Edgar Allen Poe builds brick walls in his basement.’

‘An addictive metaphysical investigation into the nature of identity, one which seduces and horrifies in equal measure. Reid masterfully explores the perversity of loneliness and somehow also creates a very entertaining thriller. I found myself yelling at the characters to put their feet on the pedal and drive.’

Heather O’Neill, author of Lullabies for Little Criminals and Daydreams of Angels

‘Smart, dangerous and spooky as hell. Iain Reid takes you on a harrowing road trip that keeps you riveted until the final destination.’

‘A slick puzzle…it builds suspense, and delivers its twist without skipping a beat.’

‘Reid’s tightly crafted tale toys with the nature of identity and comes by its terror honestly, building a wall of intricately layered psychological torment so impenetrable it’s impossible to escape.’

‘These characters are carefully developed and the plot takes some frightening turns, leading to a shocking ending. The construct of this book is brilliant and unusual and should appeal to fans of psychological thrillers, as well as to some horror fans. A dark and compelling debut novel, it is a most uncomfortable read but utterly unputdownable.’

‘Capped with an ending that will shock and chill, this twisty tale invites multiple readings.’

‘Packs a big psychological punch with a twisty story line and an ending that will leave readers breathless.’

‘Every word, every line, feels necessary…With each successive chapter the suspense and psychological buzz gets more intense. It’s like a movie where you almost want to turn away, but of course you can’t.’

‘In addition to Cronenberg, the ghost of Stephen King hovers over these pages…This is the boldest and most original literary thriller to appear in some time.’

‘A deviously smart, suspenseful, intense and truly haunting book with a fuse long and masterfully laid.’

‘A superbly crafted psychological thriller, with forays into the metaphysical, which promises to keep you up at night.’

‘Reid builds tension with a Hitchcockian intensity…When the pieces fall into place, the novel comes together with a rush. It has the sort of ending that will inspire readers to re-read the novel immediately, to try to figure out just how it was done.’

‘A striking unnerving debut literary thriller…Edgy atmospheric tinged with mystery at times reminiscent of Michel Faber’s haunting Under the Skin this is both a suspenseful puzzle and a claustrophobic examination of the nature of free will and relationships at times a philosophical tale and at others a cloudy mystery shrouded by the uncertainties of emotions. Fascinating and quite unlike anything else around.’

‘This is a deliciously frightening novel, Reid has a light, idiosyncratic touch but never lets his vice-like grip of suspense slacken for a second. Once finished, you will be hard pressed not to start the whole terrifying journey all over again.’

‘A spooky literary thriller that is as beautifully written as it is terrifying…A clever book that touches on themes of solitude and relationships, while reeling you in with a gripping, slow-build plot.’

‘Hitchcockian in its tension… The pacing is perfect, the writing is lyrical’

‘In the words of his female narrator, “We can’t and don’t know what others are thinking. We can’t and don’t know what motivations people have been doing for the things they do. Ever. Not entirely. This was my terrifying, youthful epiphany. We just never really know anyone. I don’t. Neither do you.” The way this truth plays out on a trip to meet her odd boyfriend’s even odder parents is unrelentingly tense, expertly riding the line between paranoid and horrifying.’