Jason Ginaff doesn’t get out much. Partly because of the anxiety, mainly because he works at home. Researching people on the internet. Job candidates doing bucket bongs on Instagram accounts they thought they’d deleted; the prospective new head of sales stripping for a hens’ night…

He’s been searching for something on his own time, too.

Now he’s found it: the phone number of the man he believes to be his father.

Which is how he gets mixed up with Rudy Alamein. They’ve been looking for the same man.

Difference being, Rudy wants to kill him.

Black Teeth is a witty, dynamic contemporary thriller by an emerging master of the form. Beautifully written and darkly funny, it’s both a literary triumph and an irresistible read. 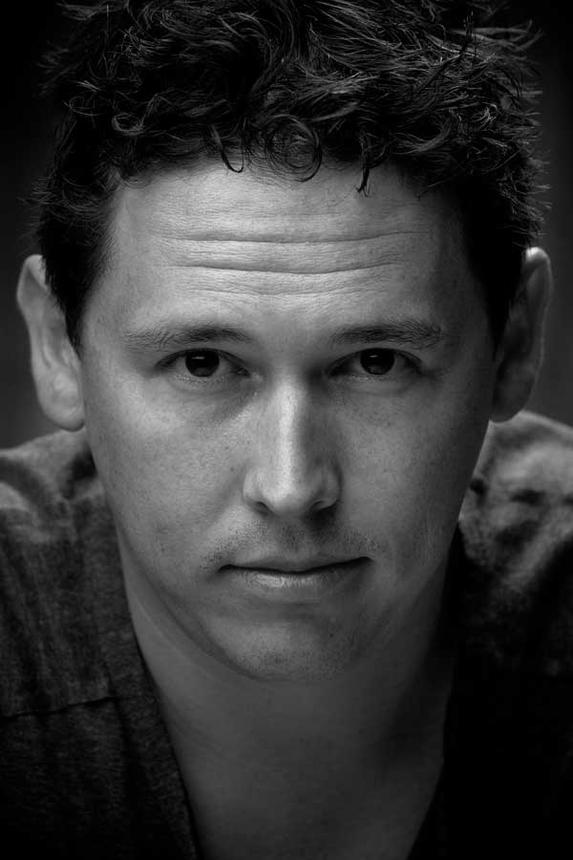 Zane Lovitt was a documentary filmmaker before turning his hand to crime fiction. His debut novel, The Midnight Promise, won the Ned Kelly Award for Best First Fiction, and led to Zane being named one of the Best Young Novelists of 2013 by the Sydney Morning Herald. Zane Lovitt lives in Melbourne.

‘The Midnight Promise delivers. Zane Lovitt is a writer to watch.’

Shane Maloney, on The Midnight Promise

‘[Lovitt has] an attentive ear for language and a nuanced understanding of how quite ordinary extraordinary people may find themselves up to their necks in trouble. This is original Australian crime fiction of the first order.’

‘Clever and original…A sharp, darkly funny novel that will have readers seeking out more from this talented author.’

‘Incredible. Lovitt takes a wicked sense of humour and clever plotting to once again brilliantly subvert the crime genre…Move over Peter Temple, your heir apparent has arrived and is breaking all the rules of crime fiction with a talent and skill that is unique, daring and quite simply a pleasure to behold on the page.’

Jon Page, A Couple of Pages

‘What really sets Lovitt’s novels apart from the crowd is his writing style. In Black Teeth his use of plain and urban language is fresh and engaging and his snappy character dialogue a pleasure to read. If you find unassuming intelligence and a dark and dry sense of humour as appealing as I do, then Lovitt’s narrative voice will have you enthralled.’

‘Lovitt respects and craftily manipulates conventions of crime fiction, but brings to them idiosyncratic and observant eyes and ears. Black Teeth confirms his status in a high quality local literary field.’

‘In Black Teeth, Lovitt has taken the conventions of noir fiction and made them his own…A classic, dark Australian crime thriller.’

‘Zane Lovitt is one to watch out for…Black Teeth is a clever and addictive page-turner.’

‘An exuberant book, written with panache… Zane Lovitt has clearly begun what will become a firm crime-writing career. In Black Teeth… the characters beguile, the plot thickens as a crime plot shot, the atmosphere of Melbourne in winter surrounds the events, and one romps through to the end.’

‘Black Teeth [has] got all of the necessary elements of noir fiction with none of the predictability… There is so much in this novel that’s unusual and unexpected but never once does it feel out of place or overly engineered. It’s dark, it’s classic noir, it’s very Australian and it’s about as pitch perfect as you can get.’

‘The rich vein of dark humour is entertaining and the subtly telegraphed twists keep the book moving at a good pace. And as with all compelling noir, there is both deception and counter-deception… Lovitt’s character Jason Ginaff is needy and sometimes even creepy – but he has an endearlingly smart-arsed turn of phrase, and tucked in somewhere beneath his fallible, self-obsessed personality is a twitchy moral compass. He is well worth another book.’

‘[Black Teeth] has many of the hallmarks of a Raymond Chandler noir; as soon as the reader thinks she is beginning to get a handle on what is going on, another red herring gets lobbed into the plot… Lovitt has confirmed his great promise here. A writer definitely worth following.’

‘A fast-paced, elaborate tale centred on misplaced ethics, wrongful convictions and multigenerational trauma…Superb characterisation and meticulously curated exchanges heighten the tension throughout, while recognisable Melbourne landmarks and Australian colloquialisms imbue the narrative with an unsettling familiarity—culminating in a surprising ending that will turn every expectation on its head.’

‘It’s Aussie noir, but much funnier than your standard noir, and Lovitt is a wonderfully inventive writer.’

‘A quintessential Melbourne novel. The language is modern and raw. The juggling of the events and episodes is engrossing. Lovitt weaves the reality of modern life into the story.’

‘This exhilaratingly twisted, Chandler-influenced Aussie noir has Jason—a socially anxious Melbourne tech nerd with a vivid and occasionally pungent turn of phrase—caught up in two men’s desire for vengeance, with a bracingly downbeat femme fatale complicating the action. Read to the end of chapter one and you’ll be hooked.’

‘Of all the novels I’ve read that could be called neo-noir, Black Teeth is the one that most succeeds in combining the new with the noir.’

‘It takes a lot to surprise me but Black Teeth did exactly that…a sharp, darkly funny novel…cleverly written.’

<i>She thinks my name is Steve. It’s the name on my lease, but not the one on my phone bill which is different again from the one on my electricity account. I considered telling her once, all about my John Doe life. How my work makes me security conscious with a hint of paranoia, how my real name is Jason, and I’d like to kiss her on the mouth. But the moment passed. And it probably would have just made her angry.</i>